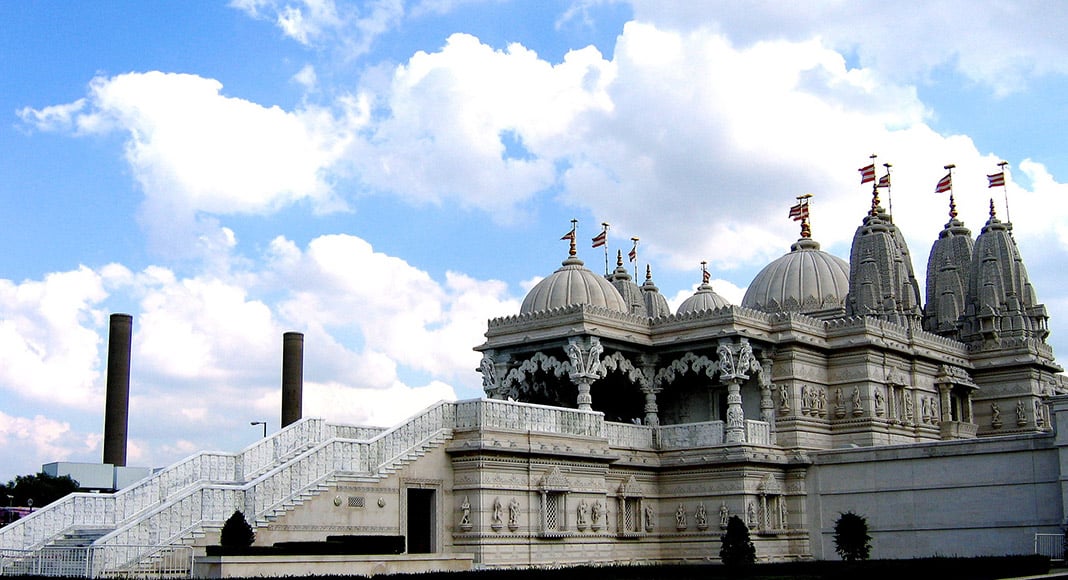 It’s a cover-up!
Mary Wollstonecraft was born in Spitalfields, London on April 27, 1759. She was an English writer, philosopher and a very early advocate of women’s rights. Her unconventional personal relationships received more attention than her writing, but she is now widely regarded as one of the founding feminist philosophers. Many modern-day feminists cite her as one of their most important influences.

In many ways, it is surprising, therefore, that no statue or monument has ever been made to commemorate her life. That all changed when artist Maggi Hambling created a striking statue which was unveiled in Newington Green, north London this month.

The statue has itself caused furore as it depicts a fully naked woman emerging from a mixture of female forms. This has been taken as an insult to the 18th century writer and thinker by some.

Dr Long said: “I walk through the green every day; I want to see a positive image and this is not. It encourages sexual harassment. It’s an insult to her. We need to assert the rights of women. It’s insulting to the local community.”

Wollstonecraft’s 1792 work, Vindication of the Rights of Women, was one of the first texts demanding sexual equality. Artist Maggi Hambling said that the sculpture was not meant to represent Wollstonecraft: “She’s everywoman and clothes would have restricted her, statues in historic costume look like they belong to history because of their clothes.”

The statue certainly has its supporters too. After seeing a woman removing the tee shirt, Suzanne Fedderholdt said: “A woman jumped up with a stick and got it off. She was a hero. We support the statue and it should be protected.” Angharad Hopkinson was also arguing with protestors. She said: “It’s not nice – they are dividing women.”
Only in London!

You can’t talk to the animals
The world’s oldest scientific zoo opened in 1828 in Regents Park, London. It is now home to some 673 species with 19,289 individual residents.

Covid-19 has once again led to the closure of the zoo during Lockdown2, but the director is rallying against the decision when botanical gardens remain open.

Dominic Jermey says they have “proven we can deliver a Covid-secure day out”. Adding further: “We cannot understand why our two outdoor attractions should close when paid-for botanical gardens remain open.”

London Zoo has been unable to access the Zoo Support Fund due to the restrictive criteria, saying in a statement “as such, £97 million (€108 million) of the £100 million pledged by the government remains unallocated”.

The animals are missing the people and vice versa. The pygmy goats have been seen lining up at their gates each day waiting for the children to arrive.

TV star Jonathan Ross, a frequent visitor and fan, supported a fundraising campaign to save London Zoo in the first Lockdown, but it looks as though more substantial and ongoing financial support will be required to keep this family favourite going.

History Corner
Not far from the British Museum is a much lesser-known permanent exhibition that is well-worth a visit.

In Brunswick Square is the Foundling Museum which houses the Foundling Hospital Collection. This tells the story of the first home in the UK for children at risk of abandonment. Alongside the museum is a statue of Thomas Coram who tirelessly petitioned King George II for a Royal Charter. This was granted in 1739 and, from that date until 1954, the institution cared for and educated some 25,000 children who were, in modern-day terms, ‘at risk’.

The city that was the world capital of industrial growth and wealth also had a growing poverty and until Coram stepped in, the outlook for poor children was bleak. Mortality rates were high and abandonment was common.

There is an exhibition of ‘tokens’ left by parents who were simply unable to look after their children anymore due to extreme depravation and poverty. These moving objects tell of the moment of separation from destitute mothers. There are coins, buttons, keys, tickets, a nut and even a pot of rouge face make up.

It was a different time and the children’s names were changed within 24 hours of arrival. Boys were frequently named after Thomas Coram, but few records were retained, particularly in the early years. Seventy per cent of the babies left at the hospital died.

The Gerald Coke Handel Collection is also in the same building which comprises an internationally important collection of material relating to George Frederic Handel and his contemporaries.

It is a moving place to visit and far from the madding crowd when London returns to some level of normality after Lockdown2.

Festival of Light
Diwali is the festival of lights, celebrated by Hindhus, Sikhs and Jains, but this year, of course, the joyful, colourful gatherings of people to celebrate were simply not possible. Large family gatherings were not allowed, but communities in London concentrated their efforts on close family celebration, charitable work and donation and small, private firework displays in gardens.

Sadly, the big plans for Diwali celebration at the Neasden Temple in north London to coincide with its 25-year anniversary also fell victim to Covid-19.

BAPS Shri Swaminarayan Mandir is its official name and this spectacular building opened its doors to Hindus in 1995. When built, it was the largest Hindu Temple outside India. It was built by Pramukh Swami and is made of 2,828 tonnes of Bulgarian limestone and 2,000 tonnes of Italian marble, which was shipped to India first to be carved by a team of 1,526 sculptors.

Traditional methods of construction were employed on all aspects of this astonishing edifice and it took five years to build. Once restrictions are lifted, it is possible to visit the temple and there is a permanent exhibition, ‘Understanding Hinduism’, which is well worth seeing.

Do you have a story about London for us to include? Please email londoncalling@algarveresident.com