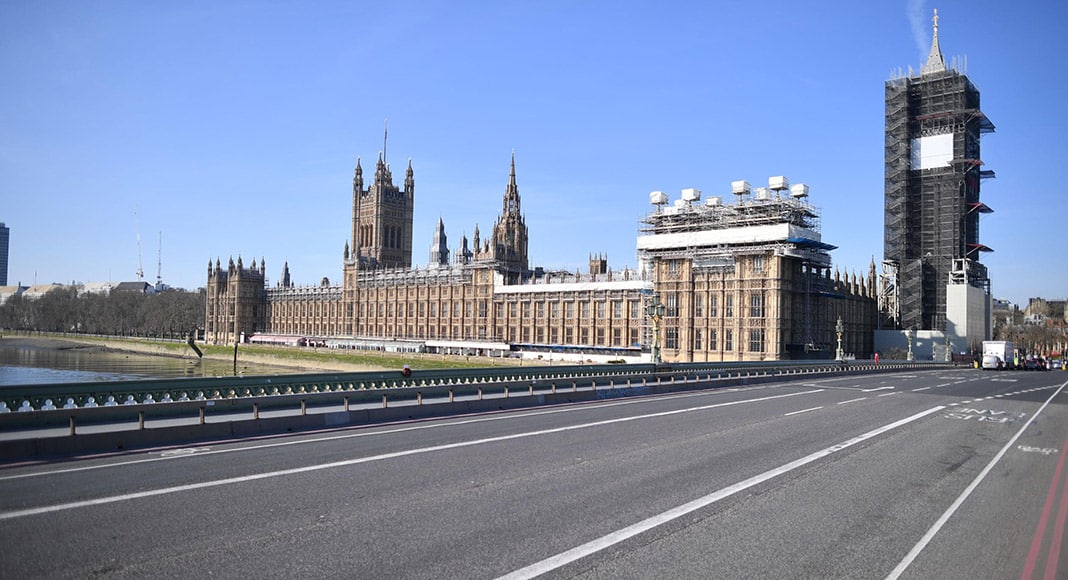 At the end of the strictest Lockdown, your columnist cycled into central London for daily exercise and found a very familiar city looking so different. This is the tale of a London cycle ride like no other and some thoughts on how the pandemic has changed the UK capital forever.

King’s Road, Chelsea, was empty with few cars and even fewer pedestrians. The shops and galleries remained closed and the bars famous from starring roles in Made in Chelsea were dark and abandoned. The famous shopping street and home to the punks in the 1970s was a shadow of its former self. Food shops had socially distanced queues around the corner with people staring at their mobile phones. You’re never alone with a phone!

Passing through the smart residential streets of Belgravia, lined with some of the most expensive homes in the world, I took a slight detour to pass the house once lived in by Prime Minister Margaret Thatcher.

Last time I had been there, the Iron Lady was still in residence and armed police stood on the doorstep.

When this property was last up for sale, the asking price was £30 million (€33.5 million).

Crossing into Hyde Park, there were more cyclists and joggers enjoying the spring sunshine, but social distancing was being observed. It was easy; there simply were not the numbers to need to get close to anyone.

There were several buses in Park Lane but few passengers. London’s iconic red double deckers have changed the way they operate in these difficult times. Fewer run as passenger numbers are low and with some 30 drivers having died with coronavirus, entry is from the middle door only to protect them. The touch pads for Oyster travelcards and contactless payment have been disabled and all travel is free.

One of the busiest shopping streets in the world, Oxford Street, was almost entirely empty. It was a warm, sunny weekday in May and would normally be crowded with shoppers. Oxford Circus is a difficult road junction to cross in normal times and the tube station can be chaos. I have queued to even get to the steps leading down to the station before. Today there was not a soul in site.

There was a little more activity just down the road at Broadcasting House, home to the BBC where a few journalists and workers were milling around.

Next stop was Soho. The bustling centre of nightlife in the capital was a ghost town. Nearby West End theatres were all shut, of course, with optimistic signs outside saying ‘We will be back soon’. Nowhere was the shutdown of the London economy more starkly evident than this area where money changes hands at an astonishing rate in normal times. The new year lanterns hung forlornly in the empty streets of Chinatown.

Piccadilly Circus was, well, not as it is famed to be. The huge digital advertising billboards played sequences to an audience of disinterested pigeons. The same in Trafalgar Square where over 30,000 people gather on New Year’s Eve. Will celebrations like that take place again? Social distancing would simply be impossible.

The bright sunshine and blue skies showed London at its best but also at its saddest. It is simply not supposed to be like this. The people make London.

Many bars and restaurants were boarded or shuttered for security, giving an even more Orwellian, dystopian feeling to the capital city of the world’s fifth largest economy.

At Buckingham Palace, guards with red tunics marched up and down with a handful of people watching and, on the way back, I passed some of the greatest museums in the world, wondering what they would feel like inside with no visitors! The Albert Hall carried advertising for the BBC Proms Season that will be like no other, if it goes ahead at all.

People of London have responded well to this crisis though. With a population of nine million, many of whom live in close proximity to each other, social distancing is a challenge. But most are doing it.

Sometimes lazy photojournalism has given a different impression with pictures taken at an angle to try to prove a point.

There is a feeling of community as never before. In normal times, people are always too busy to acknowledge each other much, but that does seem to have changed. Whole neighbourhoods stand on their doorsteps and hang from their windows each Thursday night to clap the NHS and other essential workers.

Those without gardens have quite rightly been able to enjoy London parks which mostly stayed open using the space to talk to each other, observing the two-metre rule.

Walking in the street, people smile and often say ‘hello’ and there is a pervading feeling of being in this together. Politeness has returned and people thank shopworkers, bus drivers and postmen in a way I have never seen before. There are offers of help on community websites for everything from shopping to gardening and childminding. Kindness has been re-discovered.

The 75th Anniversary of VE Day celebrations were muted but brought out some really inventive ways to still have socially distanced street parties in London. There were RAF flypasts over the quiet capital but the contrast with the huge crowds that gathered on May 8, 1945 could not have been greater, of course.

The good weather has also helped. Very little rain and seemingly endless days of azure skies and warm sunshine have kept people’s spirits up in the city. There have been times when it almost seemed that the climate has changed to that of the Algarve!

Possibly, it took something like this for the capital to find its soul again. In times gone by, communities have been strong together and maybe we all needed to press the pause button and take a look around us. This is an amazing city with an incredibly diverse population. There are endless things to see and do but a lifetime to them.

If we do nothing more, let’s try not to take things for granted from now on. We must remember those days when we could not go to the pub or a restaurant, we could not go shopping or watch the football. But we talked to and helped each other, we clapped those who are really important to our lives each week and we beat this dreadful virus together. Long live London and Londoners!