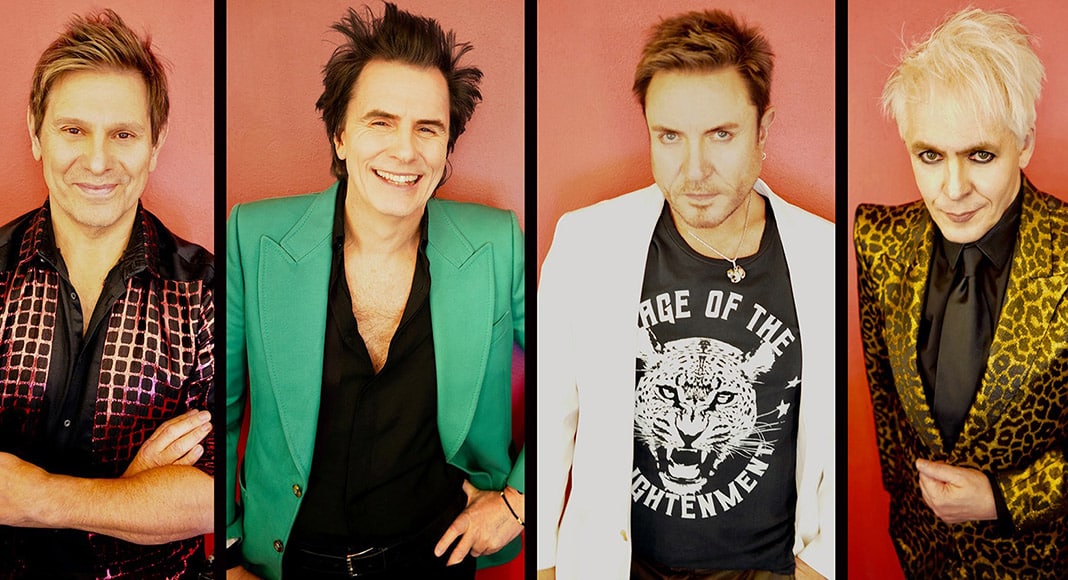 No reservation? No problem!
It is possible to eat just about any sort of food at almost any time in the UK capital, but it remains fiendishly difficult to get a good table reservation at the top restaurants on a Friday or Saturday night. Only by planning and booking well in advance has this been available to us mere mortals – until, that is, Coronavirus came along!

Not only have there been far fewer people in the shops and on the streets, what has been dubbed ‘the corona bonus’ for diners has left restaurants half empty and tables up for grabs. How long this can continue remains to be seen as the overheads of running top restaurants with full staffing levels and impeccable service standards cannot make sense. In the meantime, though, this is one little ray of sunshine in what seems to be an atmosphere of doom and gloom!

Meanwhile, as a cloud hangs over future events and public gatherings, Duran Duran were announced as headline act at the British Summer Time Show in Hyde Park scheduled for July. This will be the first time the 80’s legendary band has played at Hyde Park in many years and, as Nick Rhodes from the group said: “(It) is going to be pure joy for us. We are very much looking forward to being there and let’s hope for good weather. Hopefully it won’t rain because it’s not on the same weekend as Glastonbury … But if it pours, then we will dance through the rain.”

Let’s hope Coronavirus is a thing of the past by then, too!

History Corner
In spring 1941, London suffered its biggest night bombing raids of the war. Homes and famous buildings were destroyed, and the death and injury toll were terrible.

On the southbank, a curious building was almost totally destroyed and there were no calls for this to ever be rebuilt. The London Necropolis Railway terminal at Waterloo was opened in 1854. The cemeteries of central London were full to bursting point as the capital grew so fast in the 19th century. The ever-resourceful Victorians came up with a plan and built a new cemetery at Brookwood in Surrey, which was close enough to get dead bodies away without a risk to public health but also relatively easy to travel to. And of course, what better way to get there with speed and efficiency than the newly-introduced railway system!

The Necropolis Station was opened on Westminster Bridge Road and whilst the intention was to make an attractive building to contrast with the mournful appearance of funeral directors’ premises, in fact they built something that would have graced any Hammer Horror film!

The bombs destroyed the ornate edifice which had huge letters saying ‘Necropolis’ at the top and much of the dedicated railway line that linked to the main rail network. Some funeral trains continued to be operated from Waterloo Station but the reopening of the railway itself was not deemed financially viable by the London Necropolis Company. The slightly less decorative administration office building next door survived intact and remains as office premises today.

Remember to email your historical stories and memories of London to us – londoncalling@algarveresident.com

Tete-a-Tate
London’s Tate Modern art gallery has an exciting new exhibition about Andy Warhol that features, for the first time, some of his own wigs!

The exhibition seeks to capture how the son of an eastern European immigrant coal miner became the king of New York’s avant-garde in the second half of the 20th century. Curator at the museum, Gregor Muir, said the wigs were included to show a central part of Warhol’s attempt to “turn himself into an artwork”, pointing out that he designed, cut and coloured them all himself. He had started wearing wigs in the 1950s when he started to go bald and owned more than 100 when he died in 1987.

The show also features the huge 10-metre-wide canvas “Sixty Last Suppers”, inspired by Leonardo da Vinci’s work, as well as some of his most famous trademark images of celebrities such as Debbie Harry and Marilyn Monroe. From his home in New York, Warhol’s studio also produced films, TV shows and books as well as paintings, and he promoted the career of rock band The Velvet Underground.

Muir went on to say: “Warhol wasn’t precious about how he put himself into the world of ideas. He would go on TV shows, make films, publish magazines. His idea was to do everything, he would have fully understood social media.”

In 1968, Warhol narrowly survived being shot by radical feminist Valerie Solanas, which led him to embark upon a series of large-scale paintings depicting portraits of drag queens and trans women in New York and these are also included in the exhibition. At the time, none of the sitters were named but last year, researchers at the Andy Warhol Foundation identified all but one of the 14 subjects, including Marsha P Johnson who played a key role in the Stonewall riot of 1969 which became a landmark moment in the campaign for gay rights.

Happy Birthday
London has a great history of re-inventing itself and one of the biggest and most iconic attractions is celebrating its 20th birthday this year. Originally built as “The Millennium Wheel”, the London Eye seems to have been around forever but actually the 32 pods have been rotating opposite the Houses of Parliament for a relatively short time.

In those 20 years, some 76 million people have enjoyed the astonishing views over the capital and many more have been wowed by the fireworks on New Year’s Eve when the wheel forms a central part of the display.

There are lots of celebrations planned throughout the year and, this month, one of the pods was turned into a pub called the King Vic for just four days! Another pod hosted a Royal Parks Tea Party and all proceeds were donated to global children’s charity, Merlin’s Magic Wand.

When you have been to something great in London, why not tell us about it?
londoncalling@algarveresident.com

By Richard Lamberth
Richard leads parallel lives with homes and business interests in London and Portugal. He provides consultancy services to leading businesses in insurance and financial services, property and media sectors. He has four sons, two dogs and enjoys a busy family life. He likes swimming, keeping fit and an outdoor life.