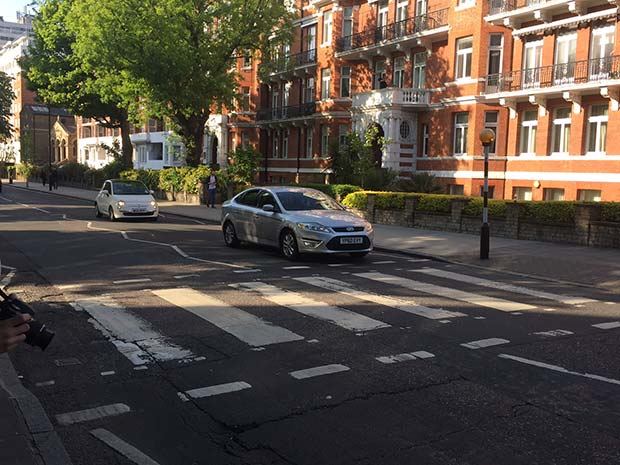 This was the plan of Henry Cole, founder of the Victoria and Albert Museum in South Kensington. A hundred-and-fifty years ago, he envisaged a huge 250ft (76m) tower as the centrepiece to this fabulous building just down the road from Harrods.

Looking a little like the tower in Pisa (without the lean!), this would have been a dramatic addition to the skyline of this salubrious area which, to this day, has very few high-rise buildings – but it never came to pass. Instead, a century-and-a-half later, the V&A has just opened a massive new £41 million (€48 million) gallery which takes the museum in a totally different direction – underground!

Cole’s original plans for the museum, including a beautiful drawing of the proposed tower, will be on display until December 31.

In more news from this great museum, a fantastic retrospective of super group Pink Floyd, called “Their Mortal Remains”, has just opened and tickets are selling fast. This incredible audio visual journey will transport you back to the psychedelic movement of the sixties and marks 50 years since the group produced its first single, “Arnold Layne”. There are performances of the iconic music from “Dark Side of the Moon”, “The Wall” and “Division Bell” to enjoy and previously unseen concert footage playing on loop.

The journey takes you through all aspects of music composition, design, film and music technology but, more importantly, leaves you understanding a little of the real talent that leads to decades of fame and record sales in excess of 200 million.

The exhibition is curated by the V&A who worked closely with surviving band members, Roger Waters, David Gilmour and Nick Mason as well as the estate of Richard Wright and the long-term stage designers for Pink Floyd, Stufish. Running for just 20 weeks, this is a must-see for anyone visiting London this summer.

Just around the corner from the V&A is a very famous terrace of beautiful houses overlooking Hyde Park. Many of us will remember being glued to our TV screens in April 1980 when gunmen, opposed to the new revolutionary government in Iran, burst into the Iranian Embassy and held everyone inside hostage.

The scene was set for one of the most audacious military rescues ever undertaken when the SAS stormed the embassy, abseiling down the front of the building and killing the hijackers – all on live TV! A new film, “Six Days”, starring Mark Strong and Abbie Cornish, is due to hit cinemas in August and was filmed around the original London locations.

There’s a new shop in town. It has taken two years, cost £10 million (€11.7 million) to build and sells jewellery to the rich and famous. Lebanese-born jeweller Samer Halimeh has chosen to open his global flagship store in London because it is ‘the billionaire capital of the world’!

But this is no ordinary shop, even though it looks like one. The windows are fitted with 30mm bullet-proof glass, the shop façades are made with steel, stone and reinforced concrete to prevent ram raiders and the basement vault is surrounded by 12 tonnes of reinforced concrete. There are alarms with motion sensors and infra-red beams, CCTV cameras everywhere and reinforced cabinets and steel doors throughout.

And the reason for all this security? Well, the price tags on some of the items for sale of course. The most expensive item is the 65 carat, emerald cut diamond ring called ‘Vivo Per Lei’, valued at £20 million (€23.3 million), but there will be hundreds of millions of pounds worth of jewellery on display altogether.

The jeweller who counts Naomi Campbell, Sir Elton John, Oprah Winfrey and several middle eastern royal families as his customers will also be able to entertain them on his drinks and cigar terrace with a huge sculpture of a rhino by Italian artist Stefano Bombardieri looking over his shoulder.

Of course anyone foolish enough to try to take on the formidable defences of this place would then have the joys of Knightsbridge traffic to contend with on the getaway – surely enough to confound any thief!

There are a lot of contenders for the ‘most flamboyant property’ accolade in London but a house has come on the market in suburban East Molesey that must be right up there on the top table!

In 1882, a huge Swiss Chalet was shipped over in segments and put together on a beautiful parkland setting on the banks of the River Thames. This Grade 2 listed property has been totally renovated by the current owners and includes 185 metres of Thames mooring with its own man-made beach!

Surrounded by acres of English Heritage protected grounds and with beautiful views over Henry VIII’s favourite place, Hampton Court Palace, the oddly named ‘The Beach’ can be yours for a mere £13 million (€15.2 million)!

Walking through the streets of north west London, near Lords, the ‘Home of Cricket’, I came up to a road junction and walked across a pedestrian crossing. There were quite a few people hanging around but that’s not unusual in the capital. As I walked on, I heard cars hooting and turned around, suddenly realising I had just walked across the most famous ‘Zebra’ crossing in the world.

This was the very crossing which John Lennon, wearing a striking white suit, led his fellow Beatles across the road for a photo which became probably the most iconic music album cover of all time.

The album “Abbey Road” went on to be the first Beatles album to sell more than 10 million copies and was also the only one they produced which features neither the name of the group or the album on the front.

Just over the crossing is the Abbey Road Studio itself with graffiti style eulogies to the Fab Four and of course the ubiquitous gift shop selling all kinds of Beatles memorabilia including my favourite – a Lego Yellow Submarine!

And what was all that hooting about? Well, people were walking in various strange ways across the road, really slowly with their friends taking pictures and really, really annoying long suffering London motorists!