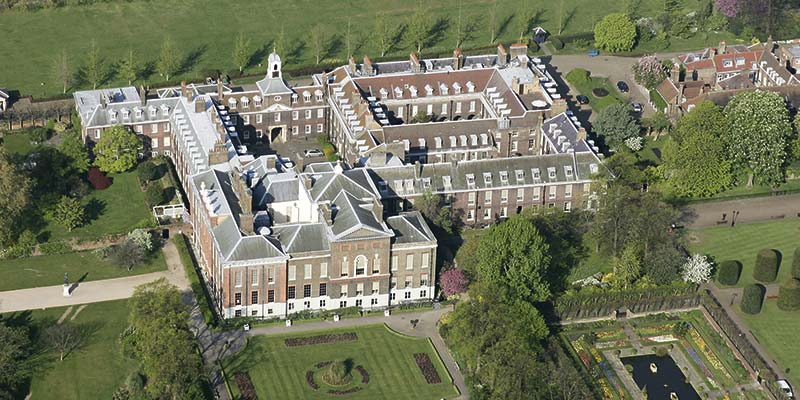 Playing politics
London is full of political gossip in the run up to the first December General Election for nearly 100 years. For many observers, this will be the climax of divisions over Europe which have torn apart UK governments for 30 years.

So, maybe this is the right moment for the current owners of a London house, where the plot to topple Margaret Thatcher was hatched, to sell up. Michael Heseltine’s old home in Belgravia has come onto the market for £28 million (€32.7 million).

The Grade II-listed property is said to have ‘throbbed with intrigue and plotting’ in the years when Heseltine stormed out of the Cabinet in 1986 over the Westland crisis in 1986 until the Iron Lady was finally deposed in 1990.

From the Drawing Room of this property, Heseltine announced that he was challenging for leadership of the Conservative Party before posing with his wife, on the steps. Just over a week later, Mrs Thatcher had resigned, paving the way for John Major to become Prime Minister.

This huge home covers some 6,773 square feet (629 square metres) and has six bedrooms and a mosaic-tiled swimming pool in the basement as well as its own sauna, cinema, wine vault and gym.

Becky Fatemi, founder and director of Rokstone Properties, the agents selling the house, said: “Higher and wider than the surrounding buildings, Heseltine’s former mansion was built to be one of the most important houses on Chapel Street. The extensive renovations have added nearly 900 square feet (84 square metres) to the regal property, with far more outside space which is rare for prime central London.”

Going green
It seems the whole world is waking up to climate change and people are trying some really innovative ways to reduce the impact of humanity on the natural environment. Nowhere is this more important than in the over-polluted capital cities of the planet, including London.

So called ‘living walls’, comprising vertical planting on the outside of buildings, have been around for some time, but now city developers Sheppard Robson have come up with an exciting plan to build Europe’s biggest living wall on a new hotel near Holborn viaduct.

The 180-feet (55-metre) tall building will have 40,000 square feet (3,716 square metres) of plants, intended to increase biodiversity in the area and capture pollution. It is projected that the completed wall would capture more than eight tonnes of carbon annually and produce six tonnes of oxygen.

Living walls are self-sufficient vertical gardens attached to a building. Roots feed into a support fastened to the building’s wall, containing soil and a watering system. The original idea for living green walls was first patented in 1938 but had its debut in 1986 at a science museum in Paris. To date, Europe’s largest living wall faces up the headquarters of the National Grid in Warwick.

David Burr, partner at Sheppard Robson, said: “Rather than having an isolated patch of greenery, we felt that an immersive and integrated approach would have the biggest impact on the local environmental conditions and make a better and more liveable city as well as articulating a clear architectural statement.”

Included in the proposals is a small park which will attract visitors into the lobby with a glass sculpture, stone plinths for seating and polished stone fountains. On the 10th floor of the hotel, there will be a public viewing gallery with a path around the edge of the building, a sky bar and spa.

If approval is granted, the hotel will be completed by 2024 and will add to the Dominvs portfolio which includes the Dixon Hotel at Tower Bridge.

A spoonful of sugar
London’s museums have a reputation for continually reinventing themselves and refreshing their displays.

The Science Museum in South Kensington has just opened a new exhibition exploring the history of medicine. This multi-million-pound project includes some 3,000 objects and is the culmination of a seven-year project to transform the first floor of this famous building.

You can see the world’s first stethoscope and MRI scanner and a rather strange, artistic presentation of gallstones and kidney stones!

Natasha McEnroe, commenting on the new exhibition’s ability to bring in visitors, said: “We’ve all got our own history of medicine and I think for the museum it is about the bringing together of technology, scientific research and the human aspect to that. It is infinitely relatable, and it is fascinating as we all care about the health of our loved ones and ourselves.”

Visitors can step inside a real Victorian pharmacy to hear its owner advising customers about their ailments and take a peek inside a genuine padded cell from the 1930s. There is also a cast-iron coffin, called a mortsafe, which was invented to protect the dead from 19th century body snatchers.

There is also a powerful exhibit with a tube of Thalidomide, the drug prescribed in the 1950s to expectant mothers who were experiencing morning sickness, which then led to thousands of children being born with missing limbs and malformed organs.

Sir Ian Blatchford, director of the Science Museum Group, said the five “vast and visually stunning” galleries “complete our ambitious Masterplan project which has transformed more than half of the museum since 2010, creating aesthetically and intellectually stimulating new spaces”.

Palace scandal
Kensington Palace, on the western edge of Hyde Park, is home to Prince William and his family as well as Princess Eugenie, Prince Michael of Kent and the Duke of Kent.

In February 2020, part of the palace will be transformed into a theatre for a few weeks only to tell a tale of royal romance and intrigue from nearly 300 years ago. The play will feature the scandalous story of the love triangle between George II, his wife Queen Caroline and his mistress Henrietta Howard.

Theatre company United Queendom is launching the ambitious project on February 28 and creative director James Seager says this is an important story concerning these two strong women in particular, which has many parallels in modern life: “Their stories deserve to be heard and told and we’re looking forward to introducing them to new audiences.” A unique chance to see how the other half lives, for sure!