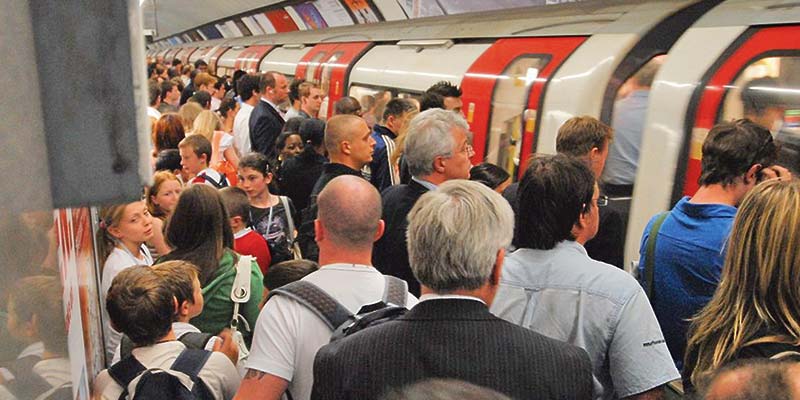 Another me
The Koestler Trust is the UK’s leading prison arts charity and each year they try to bring a new twist to their annual exhibition at the Royal Festival Hall on London’s Southbank. This year, the exhibition is curated by jazz musician Soweto Kinch. He worked his way through the 7,610 entries to the charity’s annual awards from prisons all over the United Kingdom. There are 52 categories of award and he was looking for stories and surprises that spotlight the diversity and depth of experience within the UK criminal justice system.

The exhibition runs until November 3 and Soweto has split this year’s show into three scenes and each is set to a soundscape of Soweto’s own music. On arriving in the meditative entrance of the exhibition, visitors experience masks, costumed figures and games, then intense colours and anthropomorphised animals, before coming to a more peaceful, contemplative finale.

Soweto’s selection is layered and multi-faceted. Soweto says his aim is for visitors to enjoy the artworks as much as he does, to consider the carefully chosen words their makers have put to them – to explain, to add context, to provoke, or to make you smile.

Koestler Arts has been inspiring participation in the arts by people in the UK’s criminal justice system for 57 years. This is done through the Koestler Awards which are judged by over 100 experts. They also work on outreach events, mentoring, sales, feedback and exhibitions.

Many of the award-winning pieces of art are for sale and this fascinating exhibition is well worth a visit.

Orchestral manoeuvres in the dark
A classical pianist in Notting Hill is in conflict with his neighbours over a huge Mock Acacia tree which overshadows his back garden. Robert Simister and his wife want to fell the 13-metre tree which they believe is decaying and damaging their back wall. They are also seeking permission for a glass box extension at the back of their house to house the musician’s grand piano.

In a letter to Westminster Council officers, Mrs Simister says “my husband is a classical pianist so we are very much hoping to be able to use the ground floor extension as home for his grand piano, so every little bit of space will be super helpful.”

Council officers have sided with local residents who want the tree to remain and issued a temporary protection order on the tree because of ‘its positive contribution to the character and appearance of the area’. One neighbour said: “I don’t want to see the tree cut down. Birds are nesting inside and we don’t want to see our ecosystem damaged.”

Claude Heroys, 81, said: “It provides oxygen and is a home to birds and animals. I think we should keep it. It’s a beautiful looking thing and it would be a shame to see it go. It’s not causing anyone any harm from what I can see.”

The future of the tree now hangs in the balance as Westminster Council consider a final decision.

Tube tales
A good summer has extended into long, hot September days in the UK capital and people have been out in droves soaking up the rays on deckchairs in London’s beautiful Royal parks. But there are downsides to high temperatures and one of these, as any Londoner will confirm, is travelling on public transport and in particular the tube.

Some tube lines have air conditioning including most Circle and District Line trains, but many do not. The deeper ones like the Northern Line can get very hot and airless with huge escalators leading down into what can feel like the Earth’s core on a hot day.

There have been buskers at tube stations for years, but small groups of singers and musicians have, in recent years, helped amuse and entertain passengers and maybe distract them from the trials and tribulations of life in the city.

A recent addition, witnessed by your columnist, is a freestyle rapper who struts his stuff on the District and Circle Line. Danny Platinum, 25, is a hip-hop artist from Croydon and describes what he does as his ‘life and passion’. He jumps on trains during the day and raps freestyle about what he sees and the travellers he comes across.

Office workers, children, babies and dogs feature in the talented output from Daniel Peterson (his real name) and this supplements his income from selling his tracks through online platforms like Spotify and Apple Music. He said: “Londoners are usually very conservative and minding their business but are always intrigued by anything to do with music. My raps are based around complimenting people and making them feel good. I’m always talking about something positive.”

And continuing the positive theme, your columnist witnessed another truly amazing incident on the tube recently. A potentially explosive situation between two angry young men, with alcohol-fuelled fury for each other, was totally diffused by an Australian guy who got the whole carriage singing the famous Queen anthem “We Are the Champions”!

So, when riding the London tube, sit back, enjoy the ride and the entertainment – and don’t mention Brexit!

How much for a good night’s sleep?
A multi-millionaire has bought a £10 million (€11.33 million) central London apartment next door to his favourite hotel, just 72 hours after it came on the market. The four-bedroomed apartment is next door to the Corinthia in Whitehall and offers 24-hour access to the hotel’s room service and other facilities.

However, there was a problem which nearly brought the whole deal crashing down.

When the buyer found there were different mattresses, bed linen and throws than those at the hotel, he was not happy. Simon Deen, a director at sales agents Aston Chase, said: “It must be the only property deal in London where a mattress has helped seal the deal.”

The mattresses have now been replaced by those produced by British manufacturer Hypnos who also supply Her Majesty the Queen at Buckingham Palace and the deal has been sealed. It is believed to be the highest price paid in Whitehall in the last five years. Sleep well!