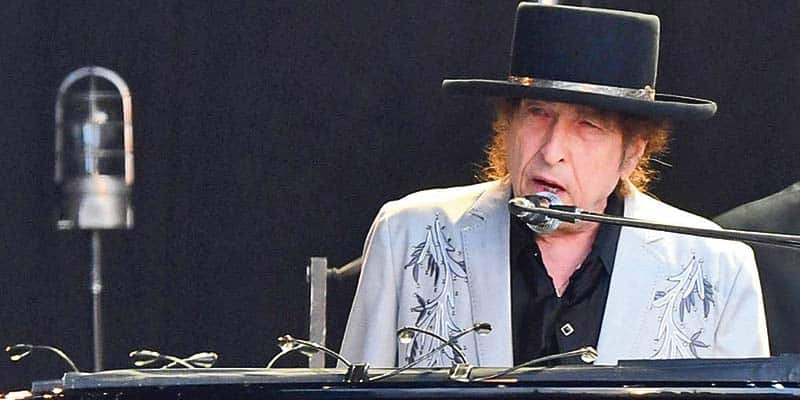 On Her Majesty’s Secret Service
The Science Museum in South Kensington is easily a day out in itself with exhibits ranging from space rockets to early steam engines. Now though, there is something new to see in an exhibition which brings together the worlds of science and spycraft.

“Top Secret: from ciphers to cybersecurity” runs until February 2020 and there are some incredible things to be seen on public display for the first time. Most are on loan from the private museum at the UK government’s surveillance agency, GCHQ.

You can see Winston Churchill’s Secraphone, used by the UK wartime Prime Minister to make scrambled phone calls and decode incoming messages during World War 2. There are also Lorenz and Enigma cipher machines which were used to break Nazi codes during the war at Bletchley Park and some more recent secret equipment. There is an encryption key that allowed the Queen to make private phone calls into the 1990s before Voice Over Internet Protocol (VOIP) was developed and the first hotline-in-a-briefcase used by UK Prime Minister Margaret Thatcher in the 1980s.

There is also a fascinating walk-in exhibit showing how deep-cover Soviet spies operated from an innocuous bungalow in north London whilst stealing naval secrets from the UK.

GCHQ historian Tony Comer said: “Most cipher machines are destroyed when they come out of use and we’ve opened up more here at the Science Museum than we’ve ever opened to anybody before.”

Spiderman in town
An early July morning can be a beautiful time to walk through London and this year earlybirds in Southwark were astonished to see a man ‘free climbing’ the capital’s tallest building, with no ropes or other equipment and just his bare hands to get him to the top.

The Shard is 1,017 feet (310 metres) tall and the name gives the clue, to most of us, that climbing up a sheer face of glass would be an impossible and beyond scary act of madness.

Nineteen-year-old George King from Oxford was not arrested but was spoken to by the police and claimed he did it because “it was his dream” and it made him feel “God-like”.

Last year, the Shard secured a High Court injunction against Alain Robert, the climber nicknamed ‘The French Spiderman’ when he attempted to scale the same building. It seems these man-made mountains may be the final frontier for thrill-seekers!

Treading the boards
There is always something going on in London’s booming theatreland and, at the Palladium, it is back to the future time with the exciting rebirth of “Joseph and the Amazing Technicolour Dreamcoat”. The new director of the show, Laurence Connor, has injected new life into the original show dreamt up by Andrew Lloyd Webber and Tim Rice some 50 years ago.

And Jason Donovan is back in the show, which he credits with boosting him to stardom in the early 90s. This time he is playing Pharaoh when, of course, he played the lead role before and had a number one hit with “Any Dream Will Do”. “I genuinely think this show changed my life and why wouldn’t I jump at the opportunity,” he said.

Sheridan Smith joins him on stage as the narrator and she said: “It’s so nice to do a show that’s not the typical tortured role that I usually play, it’s just joyful from start to finish, it’s just two hours of escapism.” Newcomer Jac Yarrow plays Joseph and is wowing audiences with his astonishing voice. The show runs until September 8 and tickets are selling fast.

There are more than 230 theatres in London but there always seems to be room for another one! At least, that’s what the people behind the new Turbine Theatre at the old Battersea Power Station site are hoping when it opens next month!

The 200-seat Turbine Theatre, led by artistic director Paul Taylor-Mills, is teaming up with Olivier Award-winning choreographer Drew McOnie to open with a revival of “Torch Song”, a hit play about a gay drag act in 1970s New York.

Taylor-Mills said: “I’m elated to be launching a brand new theatre at the iconic Battersea Power Station. The vision is a simple one, to enable world-class artists to tell stories that enchant at the Turbine Theatre and eventually play beyond our London home. We’re interested in being the starting point for new shows and also reimagining the older ones.”

Hot on the heels of this new kid on the block, Soho’s Boulevard Theatre will open in October and the 2,000-seater Troubadour will open at Wembley Park shortly afterwards.

It’s a Dog’s Life in SW19!
As the world watched spellbound when Djokovic finally secured victory over Federer at the All England Lawn Tennis Championships in Wimbledon this year, police dog Tom was winding down from his duties once again.

This six-year-old English Springer Spaniel is a police sniffer dog who checks for drugs and weapons throughout the world-famous tournament and though he has carried out similar duties at Buckingham Palace and Lord’s cricket ground, the tennis is his favourite. And there is one very good reason. He is given the pick of tennis balls and now has a unique collection from the last five tournaments on which he has worked!

Tom’s handler Neal Nightingale said: “We check the training courts and when he’s doing his bit, you’ll see him wagging his tail and then he’ll come back with a new ball. They probably don’t want them back as they are covered in dog slobber!” He went on to say that at the end of the Championships, staff give the Metropolitan Police Dog Unit hundreds of balls to train the dogs. New balls, please!

Parking blues
London is a difficult place to park your car. There are very few street-parking opportunities, small numbers of very expensive car parks and then, of course, just driving in the centre is slow and tedious. As ever, with the bustling capital city, there is a continual battle over land use and one or two MPs are now up in arms about Transport for London’s current plans to sell off some car parks at suburban tube stations for home building. Chipping Barnet MP Theresa Villiers has claimed that building blocks of flats at car parks in her constituency “shows the Mayor [Sadiq Khan] does not care about the suburbs”.

In an over-crowded city, politicians and planners have a tough job balancing these competing priorities and TfL have committed to further consultation, but the high value of building land always tends to win in the capital!

Hey, Mr Tambourine Man
On a hot evening in Mayfair, 65,000 of us had the experience of a lifetime hearing and seeing Bob Dylan perform in Hyde Park. At 78, Dylan played some new takes on his old favourites as the adoring crowd clapped, sang, waved and cheered along.

Neil Young was also on the bill and, with his amazing, distinctive voice, worked his way through the decades of musical genius he has offered to the world.

The British Summertime Festival has become a regular feature in Hyde Park and though the music finishes a little earlier than it used to – because of complaints by the well-heeled neighbours – it is a fantastically organised event. When blessed by good weather, there is nowhere better to hear and see the icons of the music industry. And a very important thing with most of us – despite the numbers, the bar service is quick and efficient, and the toilets are amazing!