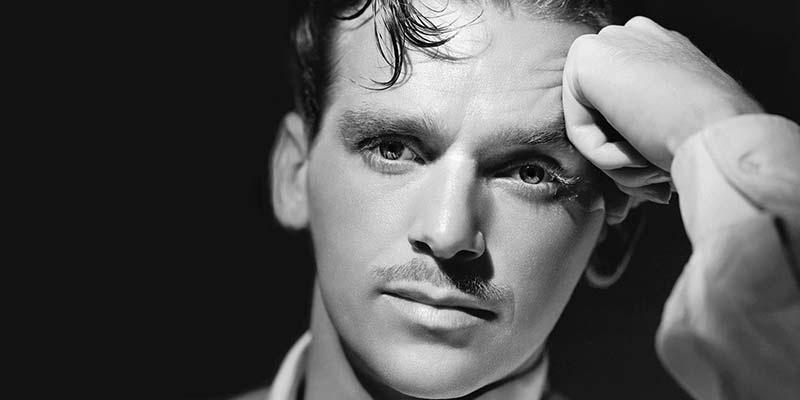 Hollywood glamour – at a price
Many Hollywood stars choose to make the UK capital their home. Jude Law, Gwyneth Paltrow, Gillian Anderson and Kylie Minogue are amongst the current batch of celebrities who mostly live on the western side of London in neighbourhoods like Chelsea, Kensington and Notting Hill.

A prestigious address comes too – 99 Park Lane and there is a beautiful outlook, of course, over Hyde Park, though it must also be said that Park Lane itself, that famous dark blue space on the Monopoly board, is actually choked with heavy traffic for much of the day!

This huge, four-bedroomed Georgian maisonette was home to Douglas Fairbanks Jr and his second wife, Mary, from 1934 to 1941. The star of blockbusters at the time such as the ‘Prisoner of Zenda’, ‘Gunga Din’ and ‘Sinbad the Sailor’ and his wife had many high-society parties and gatherings of the glittering stars of the day.

Fairbanks was known as the ‘King of Hollywood’ and moved to London when the major film studios started trying to slash salaries during the Great Depression.

Warner Brothers had famously sacked him when he refused to accept a 50% pay cut. But this did not stop the glamorous couple splashing out on their new home. They had a 14ft (4.3m) indoor, Los Angeles-style splash pool and health spa in the basement – and at the time this was one of the first such extravagances in London.

Fairbanks also had a wonderful Art Deco cocktail bar with back-lighting behind the onyx installed and used to serve drinks from this himself. Like the pool and spa, the bar survives.

There are relatively few Georgian properties on Park Lane, so this property is something of a rarity. It is Grade II listed and was built between 1823 and 1825 by Thomas Martin, who also famously built the beautiful Portman Square, just north of Oxford Street.

The house already had a blue plaque when Fairbanks moved in – the plaque is for the famous stockbroker Sir Moses Montefiore, who was the first resident in the newly-built house. It was also home to the Countess Grosvenor and the Duke of Westminster at various times, so the pedigree is good!

As well as marble floors, a lift, two terraces and six bathrooms, the house boasts ‘off-street parking for two limousines’. Peter Wetherell, Chief Executive of estate agent Wetherell, said: “It is one of the most interesting and special lettings opportunities in Mayfair at present.” Interesting, yes; expensive, for sure!

Being British
Never before has the UK suffered such an identity crisis. Brexit has opened up huge divisions in the general population, with politicians, families, friends and workmates split between ‘Leavers’ and ‘Remainers’ and various sub-groups on each side to add to the confusion.

So, what better time for the National Portrait Gallery to open its latest exhibition with the main theme being ‘Britishness’? ‘Only Human’ includes photographs taken in the City of London and the tennis at Wimbledon as part of a series about the British establishment. It also features portraits of celebrities and designers, and artists themselves who play a significant role in British public life. These include images of Vivienne Westwood, Paul Smith, Tracy Emin and Grayson Perry.

The exhibition, which runs until May 27, is dedicated to renowned photographer Martin Parr. He made his name with images of sunburnt holidaymakers in the northwest seaside resort of New Brighton on Merseyside. He said that with the ongoing divisions over Brexit, “the timing could not be better”.

To add to the British theme, there will be a pop-up café serving tea and traditional teatime cakes like Battenburg, Swiss rolls and Bakewell tarts. Even Mini Cheddars will be on offer and, at late showings on Fridays, a special beer, brewed in Parr’s honour, will be served.

Gallery Director Nicholas Cullinan said: “Martin Parr’s witty, surprising and ingenious photographs not only reveal the eccentricities of modern life with affection and insight, they also change the way we look at ourselves and the way we consider our relationship to the wider world. ‘Only Human’ contributes to an ongoing debate about what it means to be British in an international context and reflects the shared cultural and social history that defines the United Kingdom during a moment of change.”

An Instagram competition is running alongside the main show and encourages visitors to take their own portraits about British identity inspired by the show and winning entries will be selected by Martin Parr. There we have it – Brexit solved.

Right thinking, wrong place
That is the view of Historic England, Royal Parks and UNESCO’s adviser on World Heritage sites when looking at the plans to build a £102 million (€119 million) Holocaust memorial just outside the Houses of Parliament. The controversial memorial and learning centre is the creation of Sir David Adjaye and Israeli designer Ron Arad.

Many Holocaust memorials around the world feature somewhat challenging architecture as, after all, they are built to remember one of the very darkest times in human history. This design features striking, tall, vertical columns which appear to be collapsing on one another to one side.

The main problem here seems to be the proposed location. This is on the embankment in Victoria Gardens with the striking Palace of Westminster as the backdrop. Some 11,300 people have signed a petition against the memorial being placed there and the council has received over 800 comments on the planning application, 90% of which are objections.

Westminster Council will have the final say and London Mayor Sadiq Khan is said to be ‘deeply concerned’ that the project will not be approved. Objections mostly relate to the damage to surrounding trees, the scale of the building and the loss of public park space. There is also a fear that the memorial will encroach upon the Grade II listed Buxton Memorial which marks the abolition of slavery.