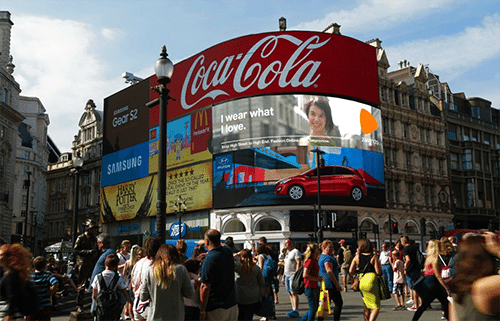 Bringing the Houses down

Sixty fire-related incidents in less than 10 years have led to warnings from a senior MP that the historic Houses of Parliament are in danger of a catastrophic fire. Beneath the seat of UK government, there is a complex maze of tunnels and passages housing service machinery and equipment, some of which is 130 years old.

The buildings are heated by an ancient steam central heating system and, in addition to this, there are some 250 miles (400kms) of cabling, old gas and water supply pipes as well as drainage and sewers. Often old supply cables and pipes have been left when new ones are installed as it was simply too difficult to remove them. The result is a confusing muddle. What? Confusion and muddle in the British Parliament, can that possibly be so?

There are 6,969 fire detectors and 2,584 smoke detectors installed in the building, with regular checks being carried out by a team of safety officers, but MP Chris Bryant is saying this will not hold out forever. He is pressing MPs and Peers of the Realm to be prepared to move out in 2023 to allow both the House of Lords and House of Commons to be fully renovated in one go.

This is quite a big task as they are likely to be out of the buildings for at least six years and the cost to the taxpayer is estimated at a whopping £3.5 billion (€4.1 billion). However, if MPs and Peers stay put, it is said that the renovation would take 32 years and cost around £6 billion (€7 billion). The debate rages on – let’s just hope fire does not!

The space race continues unabated in the square mile of the City of London. Right in the heart of the financial district, there has been a building site for a decade where the skyscraper known as the Pinnacle was to have been built. That dream never came to fruition but now a new complex of buildings has been approved for the site.

Mayor of London, Sadiq Khan, has given his approval to the project and one of the buildings, at 73 storeys and standing 305 metres high, will be the tallest in the City. In essence, it looks like a huge rectangular tower with massive decorative crosses on the outside – hence ‘The Trellis’ will soon be casting its long shadow towards the City limits.

Mr Khan said this was a clear sign that London is open for business and was particularly pleased that he had persuaded the developers to include free public viewing galleries in their plans. “These new landmark buildings will offer world-class offices and it’s great news that the development of the site at 22 Bishopsgate can now proceed as this has lain unused for almost five years,” he said.

In another corner of the Square Mile, a new museum for London is opening in a very old building. Tucked away between the brutalist 1960s towers of the Barbican and the largest meat market in Europe at Smithfield is the rather beautiful Charterhouse Square.

The Charterhouse itself is throwing open its doors to the public for the first time since its foundation in 1348. Initially the public are being invited to visit the building before the full museum opens later in 2017. The remains of the 14th century monastery can be viewed and the museum will add to the history of this part of London.

The monastery was founded to service the souls of those who died in the Black Death and survived until the dissolution of the Catholic Church by Henry VIII. The property was then sold and donated to charity and today still offers accommodation to worthy poor men.

The building is truly stunning and an unusual survivor in this part of the capital which was so ravaged by fire, bombing and the bright ideas of developers. There are Elizabethan dining halls, cloisters, a chapel and the Great Chamber to be explored. Take a look – www.thecharterhouse.org

Put those lights out!

During World War II, this was a familiar cry in the streets of London to avoid giving any guidance to enemy bombers. And, of course, it was immortalised by air raid warden Hodges in the BBC sitcom Dad’s Army.

Well, now some very big lights have been turned off and they won’t be on again until the autumn. The illuminated advertising hoardings in Piccadilly Circus have been an iconic attraction on the corner of Shaftesbury Avenue since they were installed in 1908 but now this corner will be dark for months whilst undergoing a major programme of renovation and replacement.

Apart from the odd power cut, only as a sign of respect following the deaths of Winston Churchill and Princess Diana, have the lights gone off since the Second World War. But now the dazzling Coca Cola advertisement, which has been there since 1954, and all the others are plunged into darkness!

The entire façade will be replaced with a single screen which will carry the existing advertiser’s slogans and logos but will also be able to show live, streamed sport and other major events. It is estimated that around 100 million people pass through Piccadilly Circus each year – maybe ‘passing through’ will become a thing of the past if they stream the Wimbledon tennis final live!

Ros Morgan, Chief Executive of the Heart of London Business Alliance, says that the renovation will “bring visitors an enhanced entertainment experience”. We shall see…

For whom the bell tolls

2016 seemed like a year when we lost more famous people than usual but, as the year came to a close, London also lost something rather precious. Whitechapel Bell Foundry, Britain’s oldest manufacturing company, announced it was closing when the last of a line of bell founders stretching back to 1420, Alan Hughes, announced his retirement.

The rather beautiful building nestling on the boundary of the East End and the City is to be sold but there is some hope that the business itself will also find a buyer and be continued elsewhere. After all, it is the most famous bell foundry in the world with the bells of Big Ben, Westminster Abbey, St Paul’s Cathedral and the original Liberty Bell in the US all having been struck there. Ding dong.