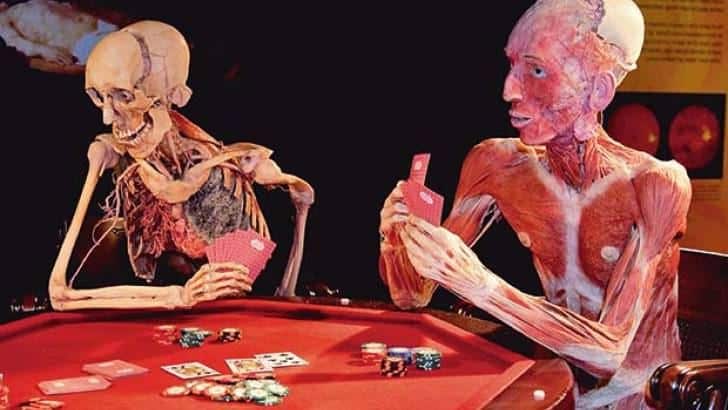 A new art exhibition called “I’m Still Here” has opened at the Royal Festival Hall on London’s Southbank. But the source of this art is somewhat unexpected. All the art on display has been produced by prisoners in UK jails, secure hospital patients and immigration detainees.

This excellent exhibition is the culmination of the work each year carried out by the Koestler Trust, the UK’s leading prison arts charity. Since 1962, the Trust has been motivating some of the most marginalised and disadvantaged people to take part in the arts. The aim is to help individuals learn the skills and gain the confidence to live creative, positive and productive lives, which is, of course, beneficial to the wider community.

Every year, there are over 7,000 entrants to the awards and 100 judges decide on the winners. Much of the art is for sale and there are some truly fascinating pieces. Some reflect the difficulties of everyday life and the mistakes and bad choices which have been made, but it is far from a depressing place. Many reflect love and life and landscapes and all the other subjects you might expect from any art exhibition. There is true talent on display here, too. A painting called ‘Comfort’, by a prisoner at HMP Dartmoor, particularly took your columnist’s eye – the perfect depiction of a sweet dog sleeping on a velvet cushion, whilst a ceramic sculpture of comedy legends Laurel and Hardy by an inmate at HM Prison and Young Offender Institution Parc would grace any fan’s bookshelves!

The exhibition runs until November 4 and entry is free, so go along if you can! www.koestlertrust.org.uk

Londoner William Blake wrote that famous poem in 1794. He was describing the fearful vision of this huge cat in a forest at night. It was a time when there were plenty of tigers and they were little more than the stuff of legend to most people. Not so now. Illegal hunting and destruction of the natural habitat of the tiger by man has pushed this magnificent creature to the edge of extinction.

At the Royal Albert Hall, most famous for its annual extravaganza of the “Last Night of the Proms”, an exhibition called ‘Eye on the Tiger’ has opened and is organised by the charity Save Wild Tigers. It is the world’s largest professional photographic exhibition to focus on tigers, and charity founder Simon Clinton hopes it will help to raise awareness of this impending tragedy. He said: “If no action is taken, wild tigers could be extinct in just 10 to 20 years”, adding “with only 3,800 tigers left in the wild, time is running out to save this majestic species from extinction”.

One of the pictures on display captures some of Blake’s vision beautifully. Anup Shah took a stunning photo of two Bengal tigers in a fearsome fight at the Ranthambhore National Park in India. He clearly dared to frame their fearful symmetry!

Money is going out of fashion fast in London. Contactless payments are accepted everywhere (is it just your columnist who thinks they should be called ‘contact’ payments though – as you have to tap your card on the reader!) and even art galleries are accepting payment in crypto currency as mentioned previously in this column.

Two very clever identical twins from a tough area of South East London created one of the most valuable new waves of crypto currencies from their mother’s kitchen table! As with most stories like this though, there is a lot more to it than a cup and tea and a chat over the cornflakes. Steve and Sam Williams spent four years working on the software behind Populous PPT, which is now the 51st most profitable crypto currency in the world (there are over 2,000 out there).

The brothers, whose parents emigrated from Nigeria to the UK in the 70s, have offices in Mayfair, beautiful homes, expensive cars and are friends with stars like rapper 50 Cent and boxer Floyd Mayweather.

Early years in Brockley were tough, the boys were often in trouble at school and gang violence was prevalent, but these two entrepreneurs are a shining example of how there is always another path.

Part of the Trocadero is undergoing a multi-million-pound transformation for a new museum which opens on October 6.

The London Pavilion on Piccadilly Circus will be the home to the latest grisly exhibition by German anatomist Dr Gunther von Hagens. Famous for his ‘Body Worlds’ exhibitions, which feature real dead bodies preserved by his trademark plastination process, this latest display will be the ‘best yet’ with hundreds of flayed corpses on view. Famously, in the past, the good doctor carried out a post-mortem examination on a body in front of a live audience in Brick Lane and yes, the good news is this body is one of those to feature in the new museum!

All the corpses are thankfully from volunteers and include three playing cards at a gambling table! On revealing that, Dr von Hagens said: “A museum in the heart of London is my contribution to open the heart to our inner self and make us fall in love with our own body.”

During ‘plastination’, the water and soluble fats are removed from the body and replaced by plastics and your columnist is just wondering – is this one for before or after lunch?

Beauty in the eye of the beholder

Croydon in South London is arguably most famous for being home to the rapper Stormzy, but now the local council have come up with an interesting idea to really put the place on the map.

Their summer festival called the Biennial of International Performance Art and Noise included the work of Joseph Ravens, whose performance was described as containing “a series of modified butt plugs … Always sculptural and gracefully schizophrenic, each sex toy will embrace a different mood, from poignant to playful. The actions and objects are designed to enrapture rather than repel, in an effort to demystify the anus.” Another artist attached microphones to performers’ stomachs after they had ingested laxatives and diuretics to detect the sounds of their intestines working.

And all this took place in the town hall and other fine venues in the borough. Don’t all rush at once!