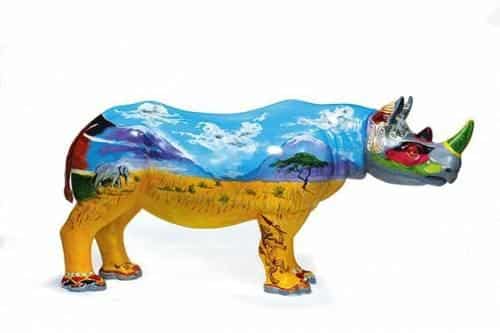 For many years, outdoor swimming pools or lidos were very popular throughout the UK and particularly in London. However, many closed in the last few decades of the 20th century and many people mourn what were previously popular hubs for local communities.

The excellent and prolonged early summer weather has led to busy times at the remaining lidos in London. The Ladies’ Pond on Hampstead Heath actually had to turn swimmers away as it became overcrowded and others extended opening hours to deal with the unprecedented demand.

Lynsey Wright, General Manager at the Charlton Lido, said: “It’s the busiest summer we’ve had. It’s been really good; the staff have been great. Loads of families come back day in, day out. They’re going to have a lot of memories at the lido this summer.”

House of Fine Art (HOFA), a top-end art gallery in Maddox Street, Mayfair, claims to be the first to offer its entire art collection for sale by the cryptocurrency, bitcoin. Prices range from £4,000 (€4,458) to £250,000 (€278,625), and Elio D’Anna, founder of the gallery, says they had been seeing more requests from buyers to buy using digital currency. “We knew straight away that this was an opportunity too good to pass by,” he said, adding: “At the moment, digital currencies are becoming commonplace among a wide array of savvy consumers, providing a seamless and cost-effective method to exchange value globally.”

Meanwhile, Dadiani Fine Art, also based in Mayfair, has announced that a £4.2 million (€4.68 million) artwork by Andy Warhol, 14 Small Electric Chairs, will be auctioned online for cryptocurrency.
Money is clearly going out of fashion in London.

The otherwise dull, brick arches have been brought to life by the artist who funded the project through crowdfunding organised by Network Rail. Speaking after unveiling his latest creation, he said: “Some of these railway bridges are on the South Circular, so all the heavy traffic has made them quite grim to look at. I design the signs, all in the same typography but with two or three colours to choose from, then the community usually create an online poll to vote for their favourite.”

Meanwhile, UK Transport Minister Jo Johnson has agreed to look at other ideas than a simple one-off sale of all Britain’s railway arches to a property company this year. The plan, which could raise £1.5 billion (€1.67 billion), has been put on hold. Other ideas, which include allowing existing tenants of arches to bid for them or selling them to local authorities, will now be considered. Leni Jones, co-founder of Guardians of the Arches, said: “In just a few short months, we have gone from nothing to getting the government to consider an alternative to this sale. That shows the power of small businesses coming together and working to protect their interests and the communities they serve.” Eastenders’ Phil Mitchell will no doubt be ‘well chuffed’.

On the western edge of the City, wedged between the Barbican and Smithfield meat market, is a former Carthusian monastery in a beautiful garden square called Charterhouse. The square itself sits on the burial ground for some 50,000 victims of the Black Death which swept through Europe from 1348 to 1350.

The owners of the square have upset some local residents by applying for permission to serve alcohol while hosting plays, films and music events. This has led to a charge of ‘dancing on the graves of Londoners’ by disgruntled neighbours. John Cutts, chairman of the local residents’ association, said: “I think that not necessarily everybody is God-fearing, but they do feel when one is departed, it’s not necessary to have a party on top of them. People don’t hold parties in cemeteries. The bottom line is there are enough places in London where events can occur. We don’t see why Charterhouse Square should be included.”

Crossrail engineers unearthed 14 skeletons from beneath the square when constructing the new east-west route in 2013 confirming the existence of the pit.

The owners of the square who also run the prestigious Surrey boarding school of the same name have defended their application, saying that they only intend to “hold a limited number of low-key civilised events”, including Shakespeare’s Romeo and Juliet. Ann Kenrick, Master of the Charterhouse said: “We are always very keen to keep noise to a minimum and finish all events by 10.30pm to ensure a good night’s sleep for all residents.”

What do elephants, Olympic mascots, Paddington Bear and Shaun the Sheep have in common? Well, at various times colourful, multiple statues of each have graced the streets of London to bring attention to good causes or events.

Now there are beautiful, colourful rhinos dotted around the capital. ‘The Tusk Rhino Trail’ comprising 21 highly individual decorated pieces is there to be discovered. The fantastic display has been set up by the Tusk Charity to highlight the danger to this truly magnificent species from illegal poaching. On World Rhino Day, September 22, 2018, the rhinos will be auctioned for the charity and will no doubt pop up again in pub gardens and other places to be enjoyed. Each rhino has been decorated by well-known artists including Eileen Cooper, Nancy Fouts and Nick Carter. Don’t miss this once-in-a-lifetime chance to see rhinos on the streets of London!