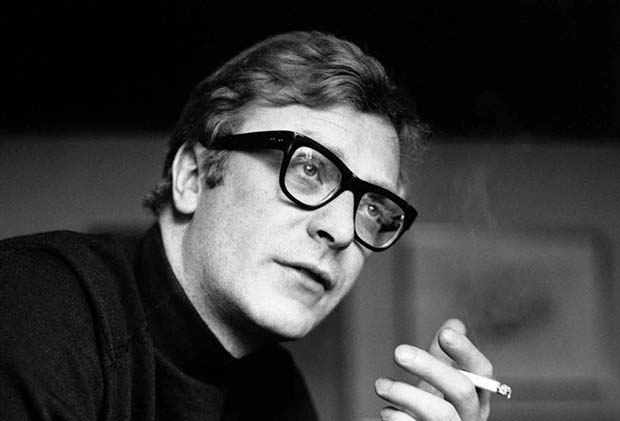 Not a lot of people know that!

Did you know it was Peter Sellers who coined this iconic phrase when doing an impression of Michael Caine supposedly reciting facts from the Guinness Book of Records on the Parkinson Show in 1972? It has pursued the great British actor ever since and he actually used it in the film “Educating Rita” in 1983.

The knighted actor, who turned 85 this month, was born in Rotherhithe, South East London, as Maurice Micklewhite to his fish market porter father and charwoman mother. He went to school in Southwark and briefly worked as a messenger for a film company in Wardour Street, Soho, after leaving school. National Service then interrupted and left a lasting impression on Caine, but he became an actor at the age of 20 after replying to an advertisement in The Stage.

He became an icon of the Swinging Sixties in London and March has seen the release of “My Generation”, a documentary film about this tumultuous decade as seen through his eyes. It is presented and produced by Caine himself, with direction by David Batty.

Carnaby Street on the edge of Soho became the place to be seen in 1960s London and retains to this day the culture of that decade. So, unsurprisingly, this was the obvious choice for an exhibition which coincides with the release of the film. Containing photographs, prints and previously unseen, archive footage from the era, this exhibition is curated by Zelda Cheatle. Contributors include Roger Daltrey, Vidal Sassoon, Jean Shrimpton, Lulu, Paul McCartney, The Rolling Stones and Mary Quant. Lewis Morley’s famous portrait of Christine Keeler is there and so is the first-ever professional photograph taken of another 60s icon, Twiggy.

On the very day of his 85th birthday, Sir Michael did a question-and-answer session at the British Film Institute on London’s Southbank which was broadcast live to cinemas across the country. When talking about one of his most famous films of the Sixties, “Alfie”, he came up with an explanation as to why the film had bombed in France. A French friend of his apparently told him that French audiences simply did not believe that an Englishman could make love to 10 women!

Between Muswell Hill and Wood Green in North London lies Alexandra Palace. This beautiful Victorian building opened in 1875 after a fire had destroyed much of the original one completed just two years before. It was intended to provide a place of recreation and education for ordinary people and was renamed ‘Ally Pally’ by the actress, comedian and singer, Dame Gracie Fields.

In 1936, its place in history was assured when it became the home of the BBC from where the world’s first television service was transmitted. To this day, the TV and radio transmitter at the Palace is still in use with the rest of the complex used for exhibitions, music concerts, conferences and, of course, the famous ice rink.

Now there are plans to turn the derelict basements into a theatre space as part of a new festival taking place this summer. In the First World War, these basements were used as part of an internment camp and this darker part of the Grade 2 listed building’s history will feature in the story which new theatre company RIFT want to tell. The aim is to create “an immersive Victorian experience”, according to Felix Mortimer, co-founder of RIFT.

He said: “It is about the history of Ally Pally. When it was built, a gypsy curse said it would burn down three times – it happened twice … It is theatre by osmosis, deep in its belly. We have this idea of how all these characters get stuck in the basement with audience members entering an installation.”

Forming part of the Kaleidoscope Festival on July 21, there will then be a month long run of the show later in the year. Also featuring comedy, poetry and headline performances from The Flaming Lips and Mystery Jets, this event looks like becoming a great new feature on the UK summer festival scene.

The strange phenomena that is a ‘flash-mob’ performance is no stranger to the streets of London. From time to time, you suddenly find yourself amongst a group of people who, having appeared until that moment, just like you and me, suddenly start dancing or performing together in a stunningly choreographed performance right amongst you. It is a joyous and rather lovely part of 21st century life in the capital.

When one of ‘the mob’ turns out to be Joanna Lumley though, that is not something you see every day! The 71-year-old actress stars in a new film which has just been released called Finding Your Feet and the flash dance in Piccadilly Circus was to publicise the launch. The film is all about a group of people in their sixties who find a new lease of life through taking up dancing. Other stars include Imelda Staunton and Timothy Spall, so it is not particularly surprising that the event brought this busy road junction to a standstill!

Rather modestly, Joanna said: “We had our extras to make a crowd in case everyone walked away, but we got real people watching – I got the most amazing adrenaline rush, we had prop money in our hat, but people put real money in – we ended up earning a few quid!”

Asked afterwards if this could be the start of a bid for a place on ‘Strictly Come Dancing’, she added: “I think I’m going to spare the nation that. If I could do ‘Strictly’ in secret, I’m sure I would. I’ve said no in the past. I just think I’d be awful, you can never win if you’re one of the older ones.” Come on Joanna, there’s modesty and there’s entertaining the nation in that way only you know how!

Who dares, goes to Chelsea!

The National Army Museum in fashionable Chelsea reopened last year after refurbishment and the first major exhibition has opened this month to great acclaim.

“Special Forces: In the Shadows” traces the history of Britain’s elite army unit, the Special Air Service (SAS). Exhibits include a Nazi flag captured in the early days of the unit in World War II and photographs taken inside the Iranian Embassy after the unit’s audacious ending of the siege there in 1980. In many ways, one of the most interesting exhibits is SAS member (and bestselling author), Andy McNab’s survival kit which contains a bewildering array equipment from chewing gum and knives to condoms and safety pins! Well worth a visit.