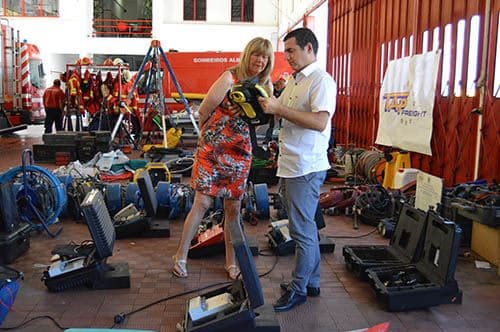 London Olympic organisers were left red-faced when a huge clock in Trafalgar Square marking the countdown to the 2012 Games stopped just hours after being unveiled at a glitzy ceremony.

The steel digital clock measuring 6.5 metres tall and five metres long froze with 500 days, 7 hours, 6 minutes and 56 seconds to go before the start of the Games.

“We are obviously very disappointed that the clock has suffered this technical issue,” a spokesman for Swiss watchmakers Omega said in a statement.

Omega said the clock, with its unique design for 2012, had been developed by experts and fully tested ahead of its launch.

“We are currently looking into why this happened and expect to have the clock functioning as normal as soon as possible,” a spokesman added.

The clock’s design draws heavily on the geometric lines of the 2012 logo and Greenwich Mean Time, organisers said.