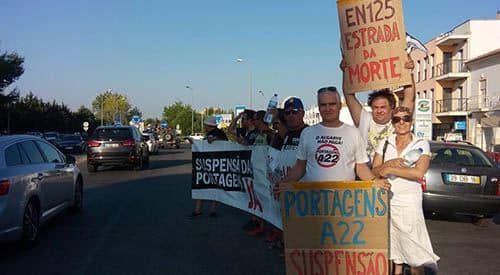 Dear Editor, Sadly, Portugal will now have to dance to the tune of the ECB as a consequence of being ‘locked in’ the euro. The euro is (and has been since its inception) a flawed concept. Witness the ECB has raised the base interest rate this week to counter inflation. This suits France and Germany where due to growth it is necessary to control inflation. Germany particularly has had a terror of inflation since the thirties and, as the most influential of the ECB, will have been in favour of the interest rate rise. If you look at the PIGS countries (Portugal, Ireland, Greece and Spain), the last thing they require is a rise in interest as their economies are in recession.

This is of course, not the entire solution, Portugal is an awful place to try and establish a business. An analogy of this is one man digging a hole in the road with twenty five men telling him how to do it, issue licences, conduct inspections and change the rules on the hoof.   The government needs to encourage business to set up here with incentives, and keep officialdom at arm’s length.  If it is ever to get out of this mess it needs to adapt some radical solutions and cut the size of government and state interference.