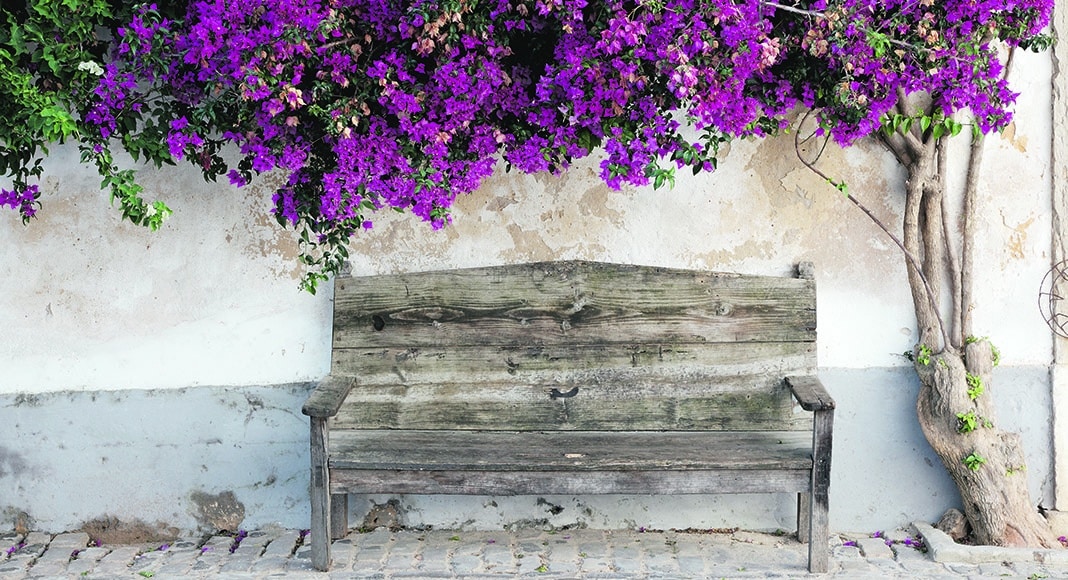 I don’t feel triumphant or vindicated about moving to Portugal. With much of the globe feeling very uneasy about a dangerous and deadly pandemic and the all-too-real problems of worldwide financial insecurity coupled with a renewed awareness of racial inequality and police brutality, many of my friends and family from the States, Great Britain, the Bahamas and Panama have literally congratulated my lovely wife and me for making what they consider a shrewd move.

Well, we didn’t move to Panama 16 years ago to get away from anything except a relatively high cost of living that exceeded our ability to live comfortably on our retirement budget. We moved to the isthmus with a famous canal because, at the time, it was much more affordable and it was different. We hoped for some new and unique adventures and in fact had some, mostly fun and definitely different from our old familiar life in Mt. Airy, Maryland, a somewhat quaint country town equidistant from Washington, D.C. and Baltimore, with an emphasis on distant.

Quite by chance, we discovered the Algarve. Both Panama and Portugal almost always finish near the top of lists of the “best” places to retire, with the southern coast of the Iberian Peninsula often at the top spot. We agree.

With almost 300 days a year of sunshine, the weather here is very enjoyable. The cost of living turned out to be almost half of what it is now in Panama and way below that in the States. Add the very attractive scenery, the friendly, generous people, the easy-going atmosphere, the Mediterranean diet and yes, the wine, and we found a place where we could be quite happy and comfortable.

Then the pandemic hit. Not quite suddenly, we found ourselves locked down in a vacationland. We were forced to stay at home, so my lovely wife and I gaze at a view of the Atlantic Ocean from our rooftop terrace. We see no planes in the sky. Cars only rarely come up our narrow road. We sip our Alentejo whites or Douro reds in rather pleasant isolation. We still feel lucky. To say it could be worse is an understatement. We’re not quarantined in a one-bedroom apartment on the seventh floor of a high-rise with no balconies.

Yes, we’ve had several family members and friends cancel long-anticipated visits and we’re not going anywhere any time soon. I haven’t put gas in my car in months. In fact, when I did start up my car recently in preparation for a wine run, several warning lights flashed on my dashboard. It turned out a mouse had nibbled some wires under the hood. Days later, it was reported by Yahoo that mice chewing wires of idle autos had become a phenomenon in many locked-down places.

Now that restrictions have been lifted, we still wear our masks and sanitize our hands with zealous dedication and, to be honest, we’re still not anxious to go out much. We have gone to a couple of our favourite restaurants, with appropriate social distancing between tables; and we have bubbled with some select friends, who have stayed home for the most part as much as we have.

I haven’t returned to the pub, where the guys there never seemed to be concerned with being careful. To them, precautions were “bollocks” and they continued to shake hands and sneeze on each other. I hope they’re right and well, but I’m not willing to test their dismissive thesis.

What we have escaped to some degree is an extremely divisive and troubling political situation back in the United States of America. We first moved during the “W” years and to be honest, we weren’t fans. My wife and I are proud to say that we’ve never missed voting in an election and we’re always certain to mail in our ballots every time that we’re eligible. The Obama years then gave us hope. Now, we’re very concerned. The current occupant of the White House is so divisive and a cause for resentment, distrust and discord, that I’ve actually felt obligated to “defriend” some people on Facebook, as I am confident that some on the site have decided I’m no longer worthy of “friend” status. Goodness knows, there seem to be more political posts on social media these days. I used to never share anything of a controversial nature, just family updates. That has changed.

There are those who argue that everyone has a right to their opinion and that’s basically true. What is not logical is that all opinions are somehow equal. If that was the case, we could never make a decision. The defeat of Nazi Germany proved that disagreeing with certain opinions and condemning and opposing them was the right thing to do. Even after a World War, there are still people who disagree.

When we moved here, a little over four years ago, I used to delight in telling my more conservative friends that Portugal was (and still is) governed by a Socialist coalition with the Greens and Communists. Their heads would sometimes explode but we still shared travel photos on Facebook (for a dozen years, my regular foursome at the country club consisted of three Republicans and one Democrat. Did we ever disagree? Of course, and often, but did we hate each other? Never. Instead we laughed a lot, attended weddings, birthdays and graduations and enjoyed playing golf together). Then Hillary didn’t win, and, wow, did things change.

Now, with that person as the American president, it seems comforting to be in a country where the charismatic President seems like a genuinely nice person and the Prime Minister actually seems to be trying to do the right thing. Time will tell.

In contrast, back in the USA, things are not going particularly well. In addition to severe consequences of a mishandled pandemic response, with huge unemployment numbers and a declared recession, the population is faced with historic unrest due to racism and police misconduct.

Ol’Pat hates clichés but to say that Nero is fiddling while Rome burns seems like an apt metaphor. An interesting guy from South Africa, who I met at the pub one evening before lockdown, said: “I’ve always considered Trump a joke, but it’s not funny anymore.” While there is an election soon that could recalibrate the course of the ship of state, I personally worry that things will get worse before they get better.

And yet, we’re not there; are we? We’re in the third safest country in the world, in magnificent isolation; binge watching CNN almost as if it were a strangely provocative Netflix series in its fourth season. I do believe that the next wave of American expats will be escaping, hopefully without bringing Covid-19 with them. I do anticipate a large influx of new American expats, since the first wave was already underway before 2020 became a stark reality (also expect a surge of Golden Visa applicants from Hong Kong, for similar reasons).

Whichever way the US election turns out, many new residents here will feel and act more like refugees, only with pensions, and with more desperation and resentment than any of us here currently ever considered. Luckily for those of us who have already made the move to the sunny shores of southern Portugal, we came for mostly the right reasons. We weren’t actually abandoning or rejecting anything or anybody, but rather somehow trying to expand our horizons.