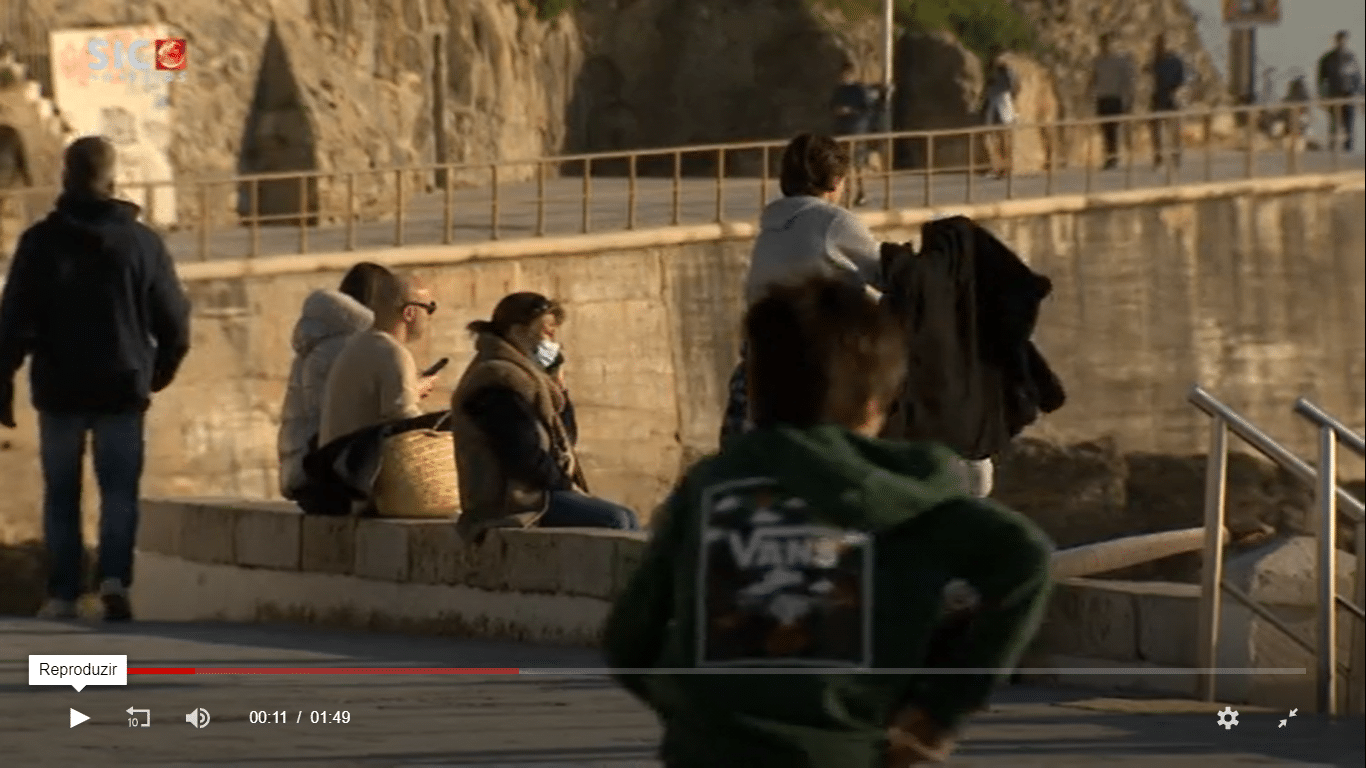 With all the exceptions that allow people to leave their homes (walking dogs/ taking children to school/ buying food/ going to the aid of a vulnerable relative/ taking exercise) many are spending hours in the sunshine, in the knowledge that under the terms of the State of Emergency they can.

In the capital – where hospitals are heaving, and the rise in case numbers has taken the country to the highest place (ie worst slot) in the European table – boardwalks were full yesterday of people walking in pairs, singly or even in larger groups.

Today, cafés operating a take-away service are doing a brisk morning trade. Kiosks selling lottery tickets have the usual queues. Cyclists delighting in the warmer weather are out in force

Yet the reality is that case numbers now have put Portugal in the worst spotlight: the country is registering the highest number of new cases per million inhabitants – beyond figures in Spain, France, the United Kingdom even – and the feeling that ‘tougher measures’ may be needed is bubbling away in the background.

Another anomaly of today is the fact that ‘everyone is allowed out to place their early votes’ in the presidential elections.

Next Sunday it will be the same (the actual day for voting).

President Marcelo has done his best to ‘appeal to the Portuguese to take confinement seriously’ – but at a moment when political candidates are dashing about the country meeting people, picking up fallen oranges and trading insults, it doesn’t really seem to be working.

Nonetheless, Marcelo persevered, saying the “immediate consequence” of not following government advice “is an increase in the pressure on health structures” and the second consequence is “elongating confinement”.

On the streets, there are few now who believe the lockdown will be over within the month initially suggested by prime minister António Costa anyway, so, again, it’s unclear whether this kind of ‘threat’ will change people’s behaviour – particularly as so many are much warmer and certainly happier in the sunshine than they would be in their badly-insulated homes.

As we reported yesterday, mathematicians have predicted this scenario will be with us until some time into February (click here).

As to the rest of today’s figures, there have been another 152 deaths attributed to the virus, the vast majority of them (+59) in the Lisbon area.

Say all reports, it has been the worst Sunday in terms of reported figures since the start of the pandemic.

An update coming in after this text went online is that authorities have now ‘prohibited access to Cascais boardwalk’ due to the “strong affluence of people” who were enjoying walking along it and sitting on the low wall overlooking the sea.

It is a situation, says TSF radio, that “will be maintained while authorities consider it necesary”.