A peaceful protest against Portugal’s “crippling” lockdown measures attended by dozens of concerned citizens and struggling business owners was held in front of Portimão Town Hall on Wednesday afternoon.

“We want to work” was the motto chanted by protesters whose lives have been “turned upside down” by the pandemic and the measures implemented to control it.

“We’re calling on the government to change these measures which are slowly killing us and destroying our economy and our families,” Leandro Antunes, one of the organisers of the demonstration, told the Resident.

Antunes felt the sting of Portugal’s lockdown just as much as anyone else, as the martial arts school he ran in Portimão was forced to close due to the impact of the first lockdown.

“Now, only my wife is working. I have three daughters, but we’re losing quality of life and our freedom,” lamented Antunes who has since become the president of Coragem e Fé, a local association dedicated to eradicating poverty and hunger.

“It’s not just lack of money but also our mental health. We have no freedom. It’s like we’ve gone back in time to when PIDE (Portugal’s oppressive police force during the Salazar regime) existed,” he said.

While he recognised that the pandemic has to be brought under control, Leandro Antunes called for measures that “protect everyone”.

“We want these lockdown measures to be reviewed. The best course of action would be to return to the previous measures which focused on social distancing, controlling the number of people inside stores, wearing masks and disinfecting hands.

“It would allow people to continue supporting businesses, which would make some money and keep the economy moving,” he said, targeting the government for doing little to support small- and medium-sized businesses.

“The government has pardoned football clubs and multinational companies for their debts but fails to support citizens and business owners who need help paying their bills,” he stressed, calling on citizens to continue “fighting for their rights”.

Also attending the protest was Filomena Fernandes, a local hairdresser who pointed out the “injustices” of the government’s lockdown measures.

“I’m not allowed to work. Meanwhile, government support fails to arrive, our bills are not cancelled, and we continue to accumulate debts because we have to eat,” she said.

Stressing the investment she made following the first lockdown to purchase disposable combs and masks as well as alcohol and hand sanitizer, the protester said she does not understand why she and her fellow hairdressers are being prevented from reopening.

“Everything was disinfected after a client left and only one client was allowed in at a time,” she told us.

“So, the government cannot say that we were a source of infection. Supermarkets allow many more people in at the same time.

“This is why we are here to urge the government to end the lockdown as quickly as possible,” said Fernandes.

This was the second anti-lockdown demonstration held in Portimão in less than a month (click here). 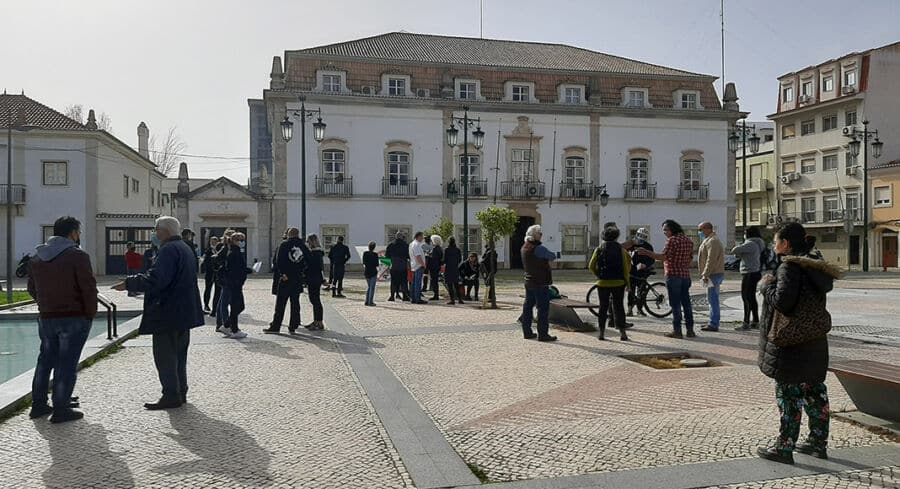 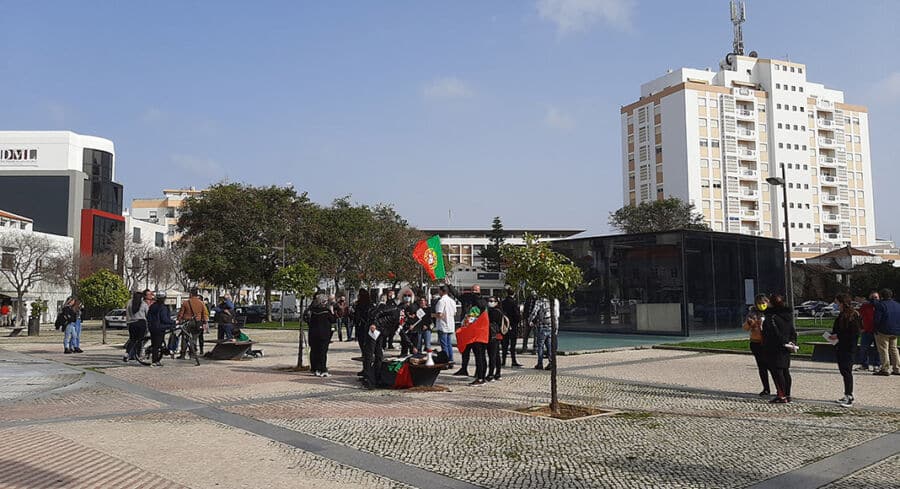 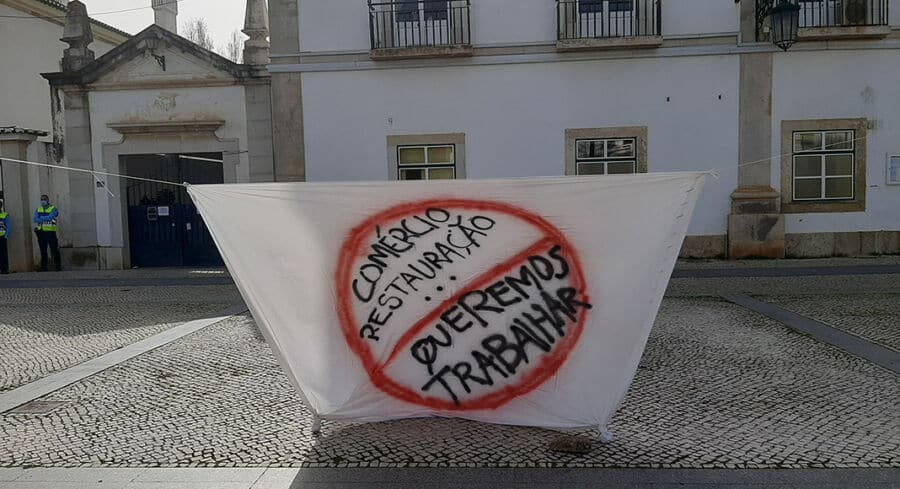 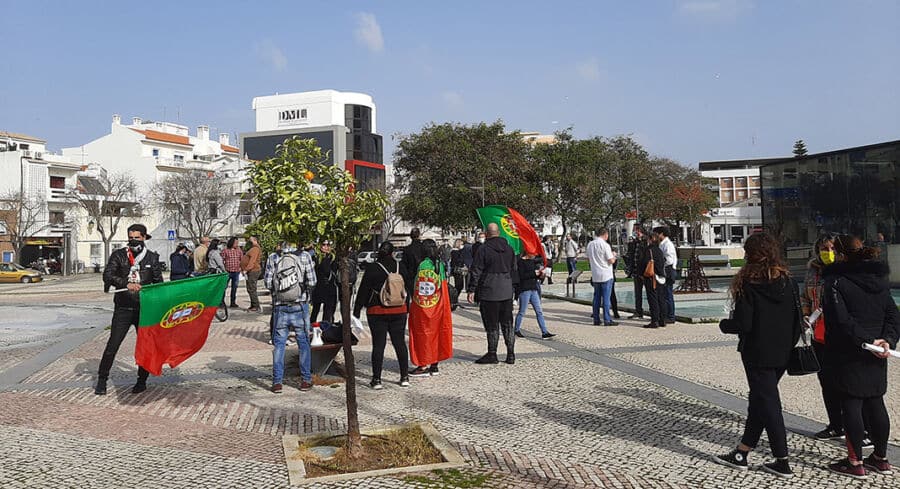 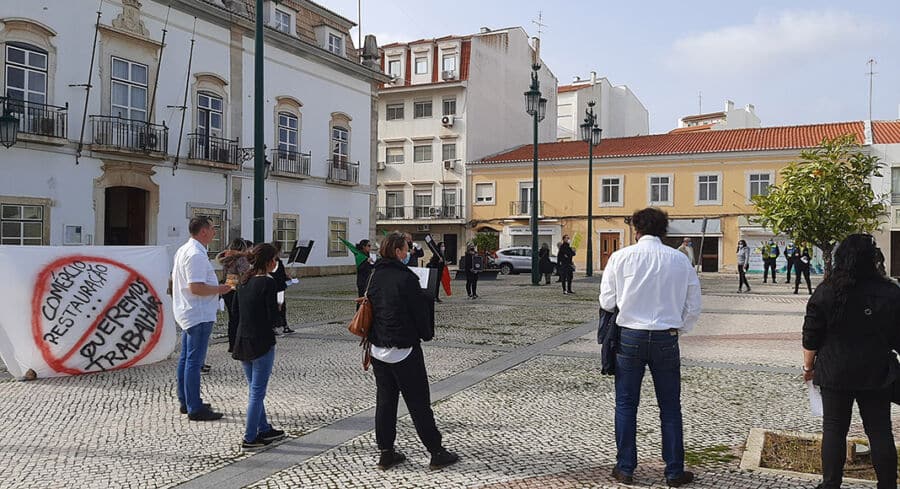 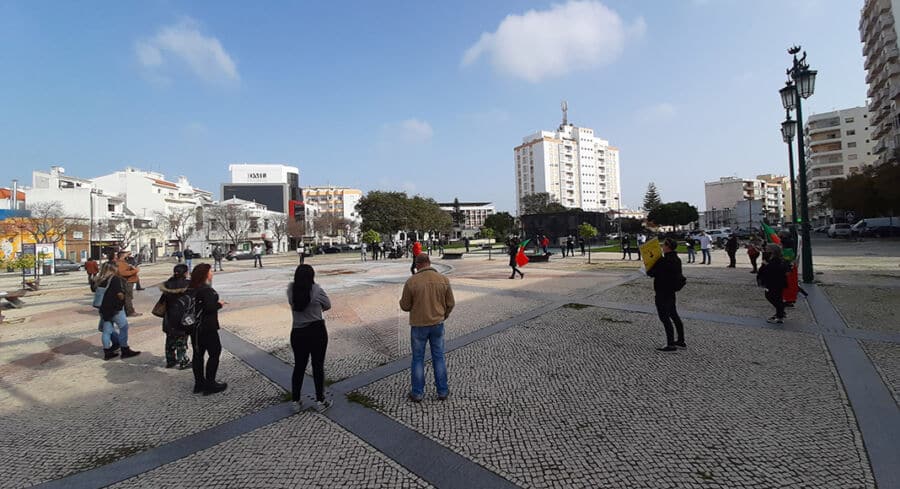