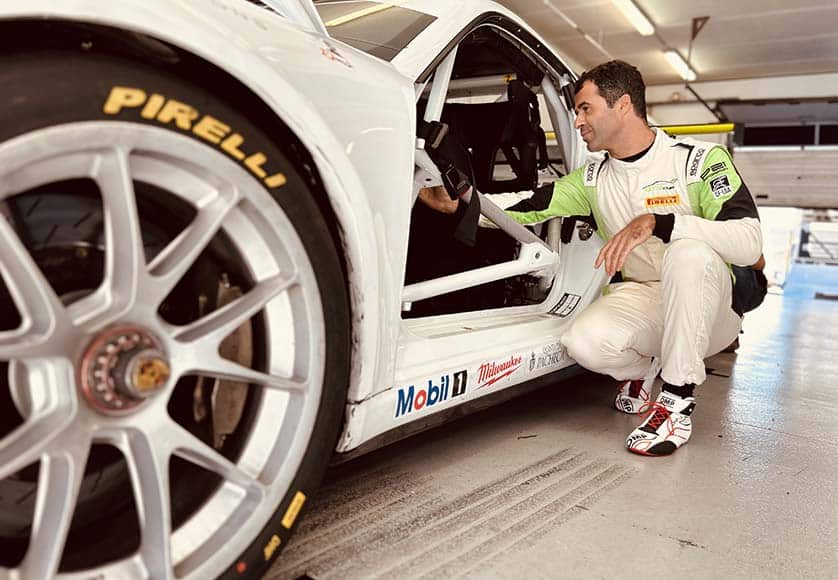 Portuguese racer Jorge Brioso has struck a partnership with Algarve-based team GP Racing Group to take part in the first edition of the Porsche Sprint Challenge Ibérica, which will feature two races in Portugal and four in Spain in 2023.

Jorge and GP Racing Group will be the only driver and team south of Lisbon to take part in the competition, which is the successor of the Porsche GT3 Cup and now boast the official seal of approval from Porsche.

But to make sure he is able to follow through with this plan, Jorge is seeking sponsors who can support him on his journey.

Jorge has been racing almost for as long as he can remember.

“I have ridden motorbikes for my whole life. My father is a Honda dealer. I grew up surrounded by motorbikes, and I competed in motocross since I was around nine or 10 until I was 22,” the 41-year-old racer told us. 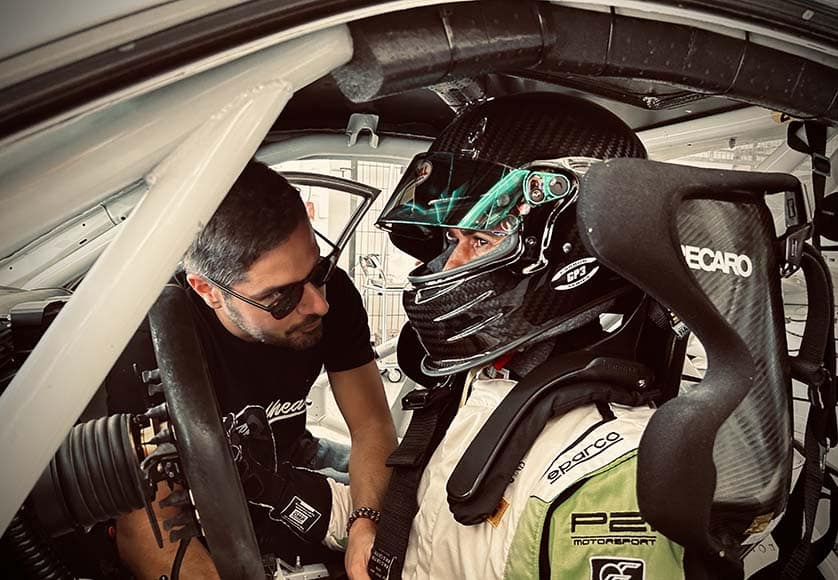 Having decided to leave his motocross career behind, Jorge pursued his education and achieved a university degree in Physical Education.

“In Portugal, it is hard to make a living off of bikes, but I do not regret a thing,” he said.

Despite being born and raised in Almeirim in the district of Santarém, Jorge has lived and worked in the Algarve for over 15 years.

He currently divides his time between Faro and Portimão, working as the technical director of a health club in Faro as well as a driving instructor for cars and motorbikes at the Algarve International Racetrack.

In fact, it was thanks to his job as a driving instructor that he started to develop an “itch” for racing again.

“My father is also a car aficionado. He owned several cars including some Porsches throughout his life, and so my passion also came from him,” he said.

The opportunity to return to the world of racing came this year when he was invited to compete as a guest racer three times, for three different teams, in the Porsche GT3 Cup.

“This all happened at the last minute. For my first race, which was in Portimão, I didn’t even have a licence, or a helmet, or a suit. I had to borrow them from some of my friends. Since then, my love and passion for this has been growing,” he said.

Now, he has partnered with GP Racing Group to participate in the Porsche Sprint Challenge Ibérica, which will see drivers compete in three categories: 997 (a category for older cars), 997.2 (a category for cars dating back around 10 years), and 991.1 and 991.2 (a category for newer and faster cars). 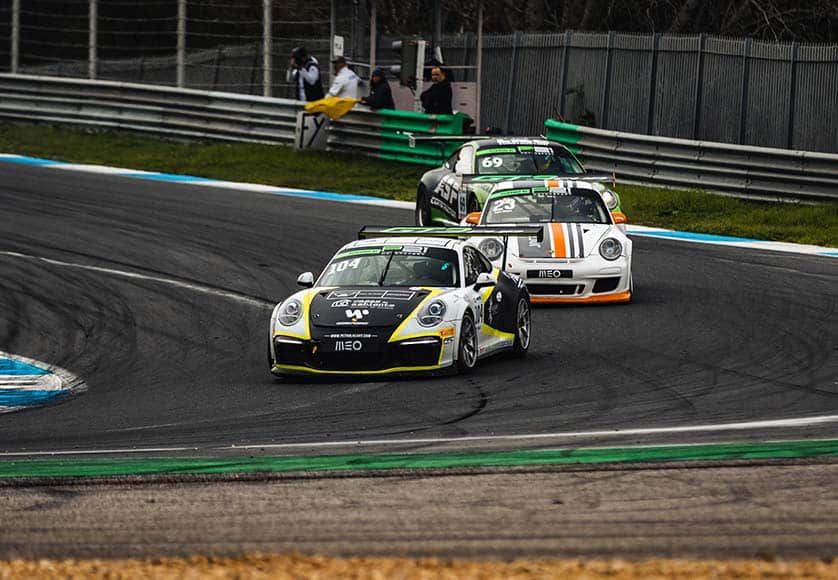 The competition is open to former professional racers and to amateur racers, the category in which Jorge competed last year despite his vast resumé as a motorbike racer.

However, the costs of participating in such an event are quite high – around €15,000 per race – which brings the total cost of competing in the six races of next year’s calendar to around €90,000 – excluding travel and accommodation costs and meals.

That is why garnering enough sponsors is so important, a task which has proven more difficult in the Algarve than in other parts of Portugal.

“In the north, there are many people investing, in Lisbon there are already some racers, but in the Algarve, I am the only one for now. It is a shame there aren’t more because there are some big companies down here that could support us,” he said.

One of the best racetracks in Europe

Jorge Brioso has been a driving instructor at the Algarve International Racetrack since it opened in 2008 and has perhaps more insight into it than most other people.

Having already raced at other circuits across Europe, Jorge is certain that the Portimão circuit is among the European elite.

“I believe this racetrack is one of the best in Europe. It is fabulous and super fun and has brought a lot of life to Portugal and the Algarve,” said Jorge.

While the F1 championship will not be returning to the Algarve in 2023, there is still a wide range of competitions that are held at the racetrack which Jorge says many people are not aware of. 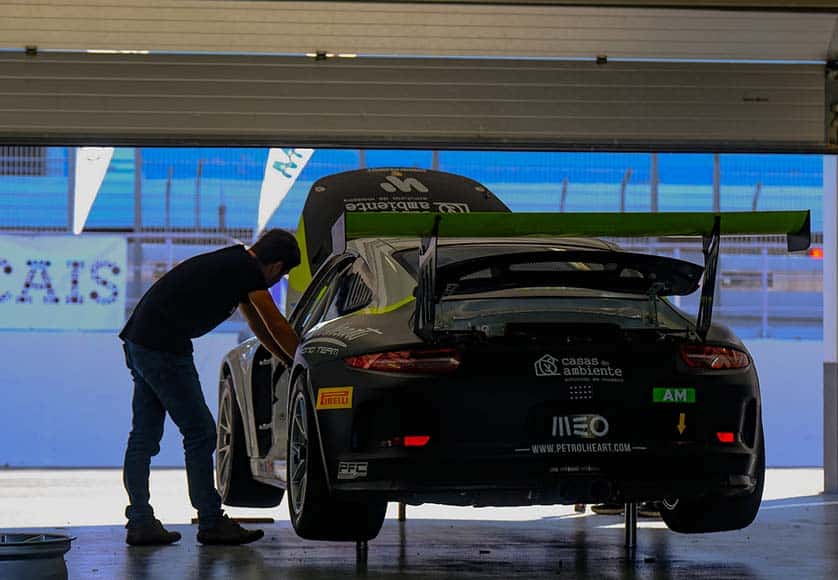 “We have the Superbikes, the MotoGP, the World Endurance Series … I really believe people don’t realise just how much goes on at the racetrack all year round,” he said.

Likewise, the quality of Portuguese racers is often overlooked in a country where football still reigns supreme in the eyes of most sports lovers.

“The visibility and passion for going to the circuit is still a bit weak when compared to the rest of Europe. In countries such as Spain, Italy and France, the circuits are always packed. In Portugal, we do not have that culture yet, but I want to believe this can change.

“There are many Portuguese racers competing for big teams, and yet many people do not even know who they are. It is a shame because there is a lot of quality here,” the racer said.

If you are interested in sponsoring Jorge Brioso or would like to help him in any way, email jorge.brioso@hotmail.com or call +351 964 240 937. Prices depend on which part of the car that the company aims to be represented on.