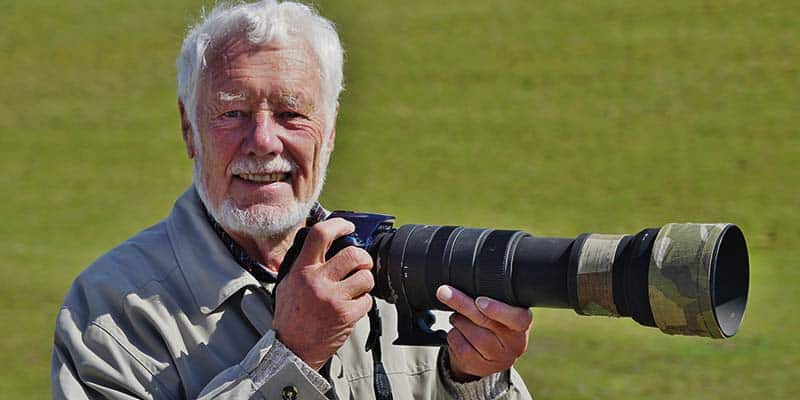 German biologist Manfred Temme, a part-time resident of the Algarve, has released a revised edition of his ‘Birds of Algarve’ book, which features pictures and descriptions of almost 200 bird species that can be found in the Algarve.

The idea for the book came after several readers of Entdecken Sie Algarve magazine, part of the Open Media Group (publishers of the Algarve Resident), expressed their interest in a handbook that included photos and information about the Algarve birdlife.

For over 15 years, Dr Temme has been documenting many of the region’s bird species in the magazine. So far, around 300 have been spotted in the Algarve. But as the author points out, “some species are quite rare and often only viewed once”, so they were not included in the book.

‘Birds of Algarve’, available in English and German, features photos and information gathered by Dr Temme but also many other field ornithologists as “it was essential to consider former publications from colleagues as well”.

“It is not possible for a single biologist to photograph all the species, and it is also rare for even a trained observer to personally see all the bird species of one area,” Dr Temme stressed.

Manfred Temme was born in Münster, Germany in 1937. His interest in birds started when he was just a young boy.

He says that being assigned to Scharhörn Island, famous for its birdlife, by the ornithological institute Helgoland was “formative” for him.

He later moved to Norderney Island and worked as a federal civil servant for the German Meteorological Service. In his spare time, he would document the birdlife of Norderney. He did this for almost 40 years and included the observation of open seabird migrations far off the island, which had been unknown until then.

On his 70th birthday, Dr Temme was honoured by the town of Norderney for his long-term volunteer work.

Since his retirement, he spends his winters in the Algarve and conducts his own small research projects of the Portuguese birdlife. He has written numerous popular reports, some of them published in Entdecken Sie Algarve, as well as 200 scientific publications and his 300-page textbook Die Vögel der Insel Norderney (Birds of the Norderney Island).

He has also been one of the leading voices against plans to cover with concrete Lagoa’s Alagoas Brancas wetland, a thriving spot for birdlife, to give way to a commercial development.