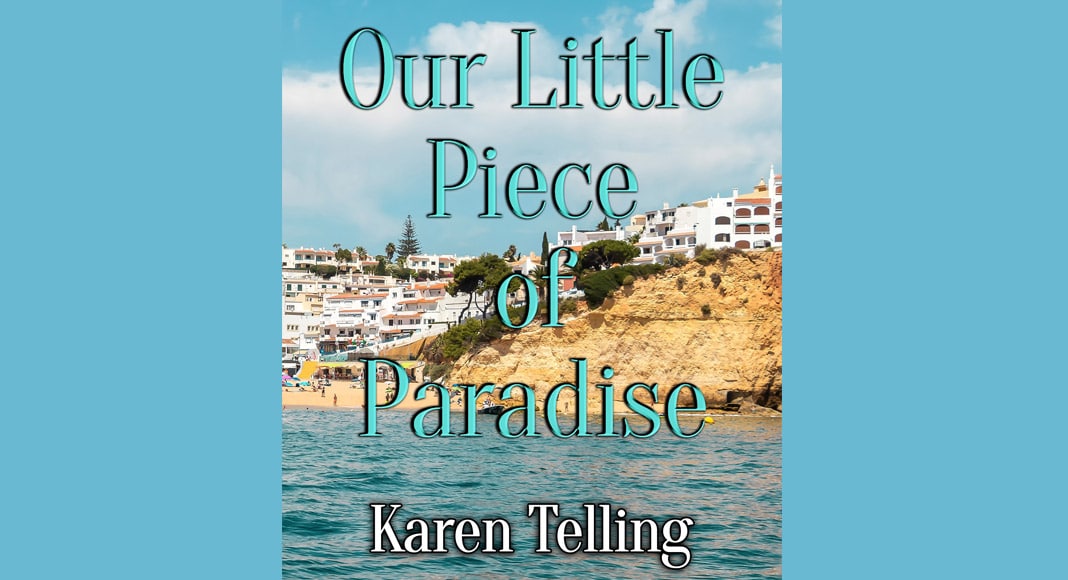 Local author Karen Telling received such great feedback from her debut novel ‘Another Day in Paradise’ about her life with her husband in Carvoeiro that she has just released a sequel titled ‘Our Little Piece of Paradise’.

The follow-up book continues right from where the last book left off and explores Karen’s life in the beautiful village of Carvoeiro throughout the last 18 years.

“I hadn’t planned to write a second book, but I had so many people contacting me and wanting more that I decided to write a follow-up,” Karen told the Resident this week.

No subject is left untouched, from Karen’s serious back operation, which has left her partially disabled, to her animal rescue efforts.

“The book focuses on the last 18 years of our life, from a serious spinal operation I had to the animals we rescue as well as people we have met along the way,” she told us.

According to the book’s blurb, “this eagerly awaited sequel to Karen’s acclaimed and hugely popular first book ‘Another Day in Paradise’ continues the story of life in the Algarve, its miracles and challenges as Karen lives with the aftermath of a spinal operation, gets herself through a gruelling language test hoping to gain citizenship and pursues her passion for rescuing cats and dogs, all of them characters in their own right.”

Despite never having written professionally before, Karen has now released two books in just six months.

“I’ve always liked writing, and I have been a reader from a young age,” the 56-year-old author told us, adding that her only public attempt at writing came in 2012 when a short story she wrote finished second in a competition.

However, the Covid-19 lockdown gave her the opportunity and time to think about writing about her life in Carvoeiro.

“I showed the idea to publishers, they liked it, so I moved forward with it. I don’t want to be a best-seller or change the world, but I just wanted to prove to myself that I can do this,” Karen told us.

Karen and her husband Nick had been coming on holiday to the Algarve for years before they definitively moved to Carvoeiro in 2003.

“We were kind of winging it at first, not really knowing what we were going to do,” said Karen, who moved with Nick from Berkshire, UK where they had a metal finishing factory.

Her husband went on to open his own business, while Karen worked in property rental management. But over the years and after her back surgery, she has gradually started focusing more on rescuing stray and abandoned animals and nursing them to health.

This is all explored in detail in ‘Our Little Piece of Paradise’, which was released last week and is already being praised.

“It’s been out a week and people are already thrilled to have read it,” said Karen.

Two book signing events are planned for March 12-13 and March 26-27 at Earth Café in Carvoeiro, between 12 noon and 2pm. Those who already have the book can get it signed by Karen, who will also have copies for sale.

The book can also be purchased on Amazon and at several local outlets, including the Algarve Book Cellar, CEPSA Carvoeiro, Direct Transport and Bed Warehouse.
Does Karen have any other books ‘left in the tank’?

“I think I’m all out of stories,” she said, adding however that she might give fiction writing a try somewhere along the line.

Check Facebook page “Karen Telling Writer” for the latest updates or to see photos taken by Karen over the years.