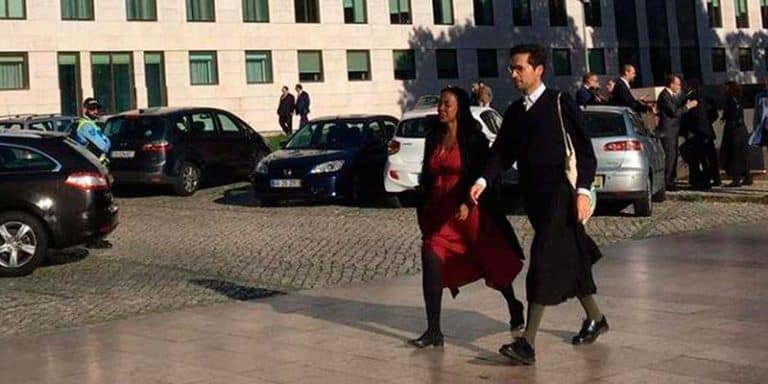 Compounding a week of high drama in one of the country’s smallest political parties, the eco-Socialist party of LIVRE has voted overwhelmingly to withdraw confidence in the only MP it has.

A meeting of LIVRE’s extraordinary assembly last night went on for nine hours before the decision was made public.

At an ensuing press conference at 11 am today, the party’s Pedro Mendonça explained that the vote – to uphold a previous decision by the national assembly click here – passed with a majority of 83%.

What this means now is that LIVRE will no longer have any representation in parliament.

It also means that its former MP, Joacine Katar Moreira will become what is termed a “non-attached MP” – meaning she will lose certain ‘powers’, including the power to question the prime minister.

In other circumstances, an MP cut loose by his or her party might agree to step down. But Joacine Katar Moreira has already stressed she is not prepared to do this.

Joacine Katar Moreira’s arrival on the national political scene only three months has been marked by negative publicity – starting with her entrance into parliament with a male assistant wearing a skirt.

LIVRE’s issues with Ms Moreira’s performance however have all been ‘political’, explained Pedro Mendonça, not personal.

Earlier this week, a proposal by Ms Moreira to repatriate all the spoils of Portuguese colonialism to their countries of origin saw another ‘lone MP’ cause ructions by suggesting she herself should return to her country of origin (click here)