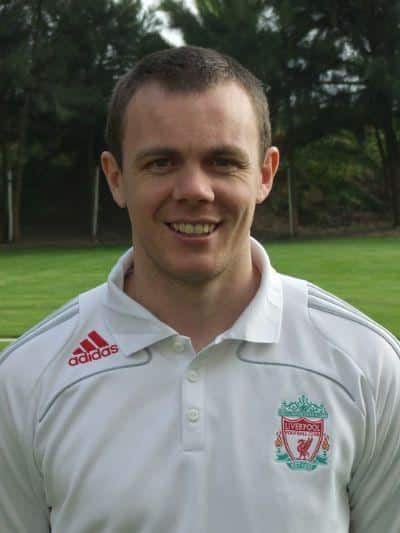 This pioneering project by the internationally renowned football club follows similar successful schools in the Isle of Man, Ireland and Norway.

The ongoing global interest in the soccer schools is fuelled by the popularity of Liverpool FC at a national and European level and the chance to be involved in such a prestigious organisation is a huge lure to children.

Adam Flynn told the Algarve Resident: “We have found that for many children this is the only chance they will ever have to be part of Liverpool FC. Most of these children live thousands of miles away from Anfield and going to a LFC soccer school is a once in a lifetime chance to be part of this great football club.”

“It is well documented that a number of current and former Liverpool stars have homes in the Algarve, Steven Gerrard, Robbie Fowler and Steve McManaman to name but a few. However, there will be no surprise appearances from any big name stars just because we are here in the Algarve. The players don’t even visit the Academy in Liverpool, it is just too distracting,” said Adam.

The Algarve was an obvious choice for a soccer school because of the first class sporting facilities and wide choice of accommodation available in the region.

“The criteria we look for when assessing options for warm weather training camps for the first team are the same as for the soccer schools, we are looking for the best. The only difference is that with the first team we look for slightly more secluded accommodation for privacy reasons,” he said.

Although the course is open to children of all ability levels, often children with remarkable football skills shine through at the schools.

Adam said: “We see many exceptional children at the soccer schools and older children with talent may well be monitored by the club. With younger children it is different and the schools are not intended to be scouting sessions.”

This may be the first camp in the Algarve but in the past schools have been repeated simply due to the overwhelming demand for places on the courses.

“The popularity of the soccer schools means that they are often repeated, however, as soon as we feel it is becoming stale in one destination we stop the schools unless we can find something new to offer the children instead,” said Adam.

For further information about the course, please call 0044 161 660 2752 or email info@liverpoolsoccerschools.com