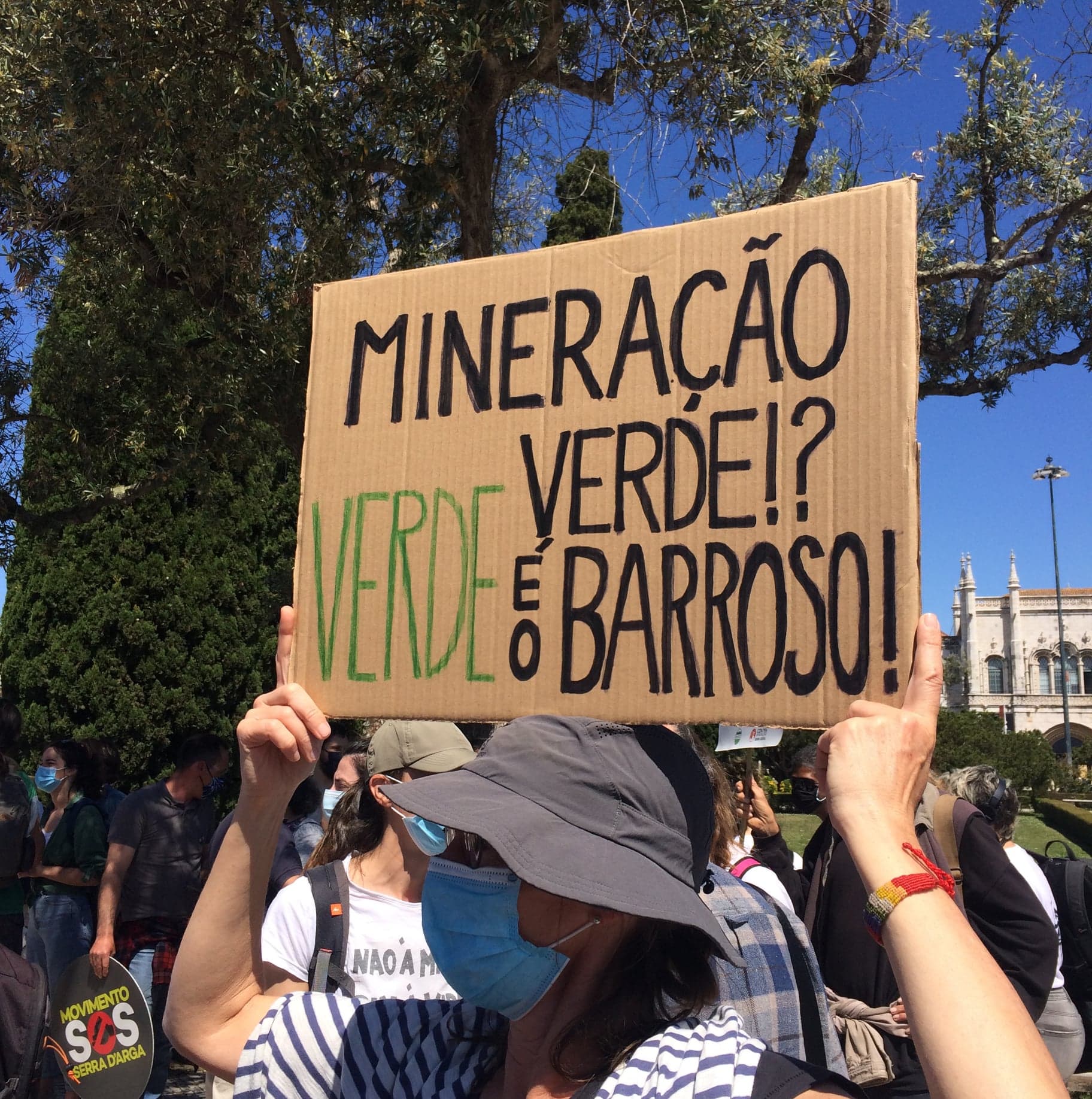 Villagers around Covas do Barroso fighting a government-backed plan to mine lithium over their verdant hillsides have vowed to block all possible thoroughfares to mining company Savannah Resources.

“We won’t let you pass” is the latest message trailed in an exclusive by Público, as Nelson Esteves, president of the association united in the defence of Covas do Barroso (UDCB) told his local paper: “we will not give up on any form of struggle we consider legitimate.

“If Savannah thinks it will be possible to take this project forwards, it is very much mistaken”.

Headlines in Portugal these days tend to centre on the combat of Covid-19, but focus in northern areas is wholeheartedly on the combat of the government’s masterplan to position Portugal as a key producer of lithium – the metal used for decades in electronics, pharmaceuticals and ceramics, but which is now considered ‘indispensable for decarbonisation’ (in that it is used in electric car batteries) and the ‘digitalisation’ of society (due to its use in mobile phone technology).

Only last Friday environment minister João Pedro Matos Fernandes used the opportunity of inaugurating a factory in Moura for the production of flexible photovoltaic solar panels and high-temperature lithium batteries to stress the importance of Portugal jumping onto the lithium extraction (and production) bandwagon.

“I have great pleasure in being able to ensure that, in a country like ours, we would be able to extract and process lithium with far more environmental care than in countries where these requirements are much lower…” he told journalists.

‘Best practices’ is indeed a concept persistently brought to the fore.

Savannah’s CEO David Archer, for instance, has repeatedly said “the best green and smart mining practices” and “holistic concepts” will be applied to mitigate “social, ecological and technical problems” in the Covas do Barroso project.

He told Euronews last month: “We’ll provide Portugal with a whole raft of opportunities for downstream developments in the lithium value-chain.”

But for villagers who live from the land these words are devoid of any real meaning.

Savannah has said it reckons on extracting around 200,000 tons of spodumene concentrate (which contains 6% of lithium oxide) per year for roughly 15 years (the lifetime of the mine).

“This would generate €1.3 billion euros of revenue over the lifetime of the mine and boost Portugal’s economy”, writes Euronews in a detailed article about villagers’ opposition to the project (click here).

But as Nelson Esteves and all those who support the ‘anti’ struggle explain Covas do Barroso should have an infinite ‘lifetime’, offering multiple farmers and producers the same sources for revenue and subsistence that have supported generations.

If the landscape is plundered by mining interests however forests, grazing land and arable land will be lost – and perhaps most importantly, residents fear the area’s underground water supplies will be disrupted if not irreparably polluted.

Nelson Esteves explains UDCB wants authorities to understand that “the lands of Barroso are alive.

“People living here will be affected (by mining) in their pockets and in their quality of life.

“Just in the parish of Covas do Barroso there are 45 farmers who risk losing 30% of their support for production. There are 166 who use common land for grazing which falls into the ‘concession area’ of the project. This reduction of land available will mean producers have to cut down on herd numbers. The implementation of the mine puts our Seal of Agricultural Heritage at risk – and this will represent a loss of earning not simply for producers of Covas do Barroso, but farmers and businesses in the boroughs of Boticas and Montalegre”.

In financial terms, Mr Esteves calculates that €96 million will be lost in revenue from pine forests that fall into the concession area (and thus would be cut down).

Of that €12 million would be going to the State which co-manages the common lands (known as ‘baldios’).

“The State has much more to gain from the use of forests than from any royalties from the exploration of lithium”, he insists.

The 98 people currently employed in ‘different projects associated with forestry management’ also have to be factored in. “A good part of these jobs would be extinguished with the realisation of the mine”, he said.

“None of these impacts have been mentioned in the environmental impact study” that has gone ahead WITHOUT consultation with local people. “Nor have the long-term economic advantages that will be lost” if the mining project gets the go-ahead it needs to start drilling.

Already, ‘test sites’ show the devastation mining will bring to the area. Euronews describes “a bare landscape dotted with tubes that are the visible parts of the deep holes dug during the initial phase of the project.

Dropping a rock inside one of these pipes results in a splash sound from the groundwater” – which is translated by campaigners as “proof that a mine here will undoubtedly disturb the water supply of the village”.

In other words, authorities’ zeal to forge ahead with ‘the green transition’ is full of grey areas – not to mention the absolute determination by local inhabitants to oppose it.

As Euronews admits: “Despite the economic interests at stake, the government of Antonio Costa seems to tread carefully and hasn’t yet fully opened mining concessions across the country. Some in Portugal argue that the government fears the negative spotlight and the electoral backlash that would unfold from the scene of open-air mines in or near protected areas, like at Serra d’Arga, or near sustainable rural villages, like in Covas do Barroso.”

This is what civic groups will be holding onto.

Aida Fernandes, one of the main players in the campaign says Covas do Barroso should serve as a reminder of the social and environmental damage caused by industries that claim to act in the name of climate protection:

“The people who created these illusions should be honest”, she told Euronews. “When they say they create electric cars to avoid pollution, they should also mention everything that will be destroyed in the process.”