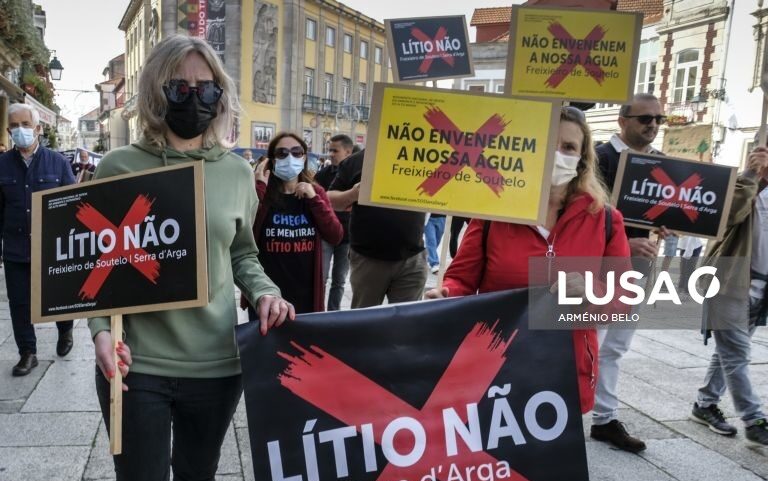 Six civic movements contesting mining in the ‘Entre Douro e Minho’ region have created an SOS Platform to “consolidate the union” against what they call the “unreasonable mining development project that the Portuguese government intends to implement” there.

In a statement sent to Lusa, the SOS Serra d’Arga movement – which fought and won against the lithium research and exploration project in its area – said that the platform aims to “consolidate solidarity among the populations of Minho and Seixoso-Vieiros in defence of its territory and heritage.

Ludovina Sousa, from SOS Serra d’Arga, told Lusa the proposal to create the platform came from the civic movement of Viana do Castelo.

“The first meeting of the platform was held in Viana do Castelo, but the aim is to decentralise meetings to other regions, such as Amarante, Felgueiras and Celorico de Basto,” she said.

The SOS Entre Douro e Minho Platform means to guarantee “the right of the population to timely information, as an active part in a decision-making process that will affect their quality of life, environment, and historical heritage, the protection of which constitutes a right and a duty”.

Another of the objectives of the SOS Platform is to “share strategies and means to fight against any extractive industry project that puts the intrinsic values to the quality of life of the populations at risk, in the scope of each civic movement”.

The new body also intends to “promote with local communities awareness actions for the unavoidable direct and indirect environmental, economic and social impacts of mining, which may be irreversible”.

Back in February, the Ministry of Environment and Climate Action announced that the Strategic Environmental Assessment (SEA) in eight areas with potential for the existence of lithium had excluded Arga and Segura, for reasons of environmental protection, and allowed research and prospection in six zones, proposing in those “an initial area reduction by half”.

Reacting to that announcement, Ludovina Sousa has stressed that SOS Serra d’Arga has not dropped its guard.

“We will always be very vigilant to ensure there are no other incursions – and we will continue with actions of solidarity with other territories under threat”, she said at the time.