Portugal Resident
Home Portugal News Lithium race: 2019 could be the year Portugal gets its refinery 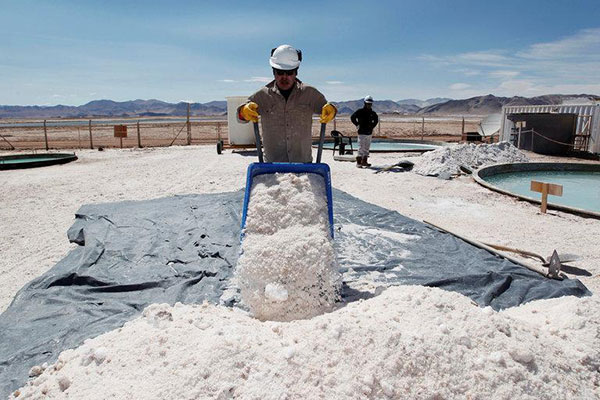 Moves have been afoot for months to turn Portugal into Europe’s top supplier of lithium – the metal used in batteries for electric cars and thus a vital component in the race to keep up with the future. The stumbling block has always been that while this country is already exporting more lithium than any other in Europe, it has no facilities to ‘refine it’.

Talking before Christmas, the ‘new’ secretary of state for energy João Galamba said: “Portugal does not want to be a country that just drills holes in the ground and exports ores”.

Thus the plan to launch a tender for lithium exploration licences in the New Year.

Said Galamba, “it is important to not multiply tenders but have a single one, with various lots that would allow to attract these kind of projects to Portugal”.

The plan is to have “one lithium refinery for a viable scale”, he continued, cited by Reuters which quoted “officials” as having said “various international groups” are interested in exploring for lithium in Portugal.

Indeed, a government study in 2017 “put the potential investment in five of the most attractive lithium-bearing areas at 3.3 billion euros”, said the agency.

But this is only ‘one side of the story’. The other involves the villages and communities that stand in the way of all this exploration.

Said TVI24 less than a month ago, the borough of Boticas in the far north risks losing a valley considered UNESCO agricultural heritage.

The various populations – albeit small in number – have been aware of the lithium under their feet for years “and in the last few decades have lived in peace with mining activity” in the area.

But the new focus on lithium has seen things speed up exponentially. Now, UK-based multinational Savannah Resources “wants to alter the landscape forever” – opening up a massive open-pit mine on a concession it has covering 542 hectares.

Says the station, the company has already sunk 250 holes, “some larger than others, some in the middle of the valley, others close to houses.

Sources for the company have said they “don’t know if locals can stay in their homes”, as the plan towards 2020 is to create a mine that works 24-hours a day, every day of the year.

Explosives will be used, says TVI, though only between 8am and 8pm.

“All this less than 500 metres from three villages”.

“Savannah Resources has said that the mining project will bring progress and create 150 direct jobs. Arguments which do not convince the inhabitants” of Romainho, Muro and Covas.

Thus 2019 for these northern villages – and conceivably others where lithium deposits have been identified – augurs change.

TVI says the major fear of populations is that the government will consider projects “of national interest and force them to sell their land for peanuts”.

The station concluded its report on Boticas, saying if this project goes ahead and homes remain within the security perimeter,” there are families who vow they will not leave their village”.