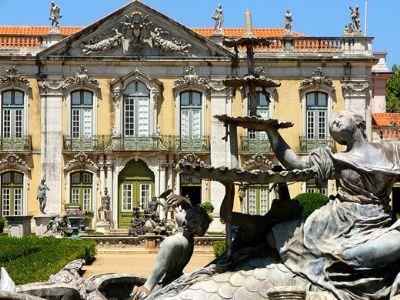 The 18th century baroque summer palace of the kings of Portugal is to get a 600 million euro facelift.

The ambitious restoration plan, which has been launched by the Ministry of Culture and will be supervised by the Soares da Costa Group, forms part of the government’s overall Classified Heritage Monuments Restoration Programme.

Several million euros has already been spent on restoring the ornate and manicured English-style gardens including the restoration of the famous John Cheere lead mythological sculptures which adorn the gardens.

Restoration work, which should be completed by August 2010, was officially inaugurated in a ceremony at the palace outside Lisbon last month.