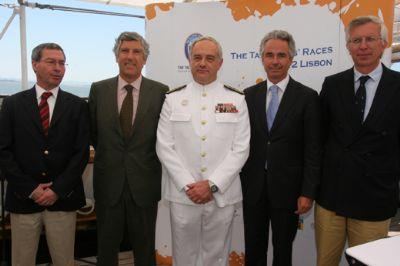 Lisbon is to once again be one of the main host ports for the Tall Ships Race in the summer of 2012.

The race is organised by Tall Ships Races (Europe), a wholly owned subsidiary company of Sail Training International, a body created to enable the education and development of young people of all nationalities, religions and social backgrounds through sail training.

“The aim of the race is to allow young people to race together at sea and to face the various individual challenges of sailing events, while the events themselves also seek to foster bonding, cooperation, team spirit and cultural and international understanding,” said António Lobato, President of APORVELA, the Portuguese Association for Sail Training.

“This is the sixth time that Lisbon has hosted this event, which gives the city and its maritime heritage enormous visibility internationally as over 1,000 boats from nearly 50 countries anchor in the Tejo Estuary for four days,” he added. Lisbon also played host to the event in 1956, 1982, 1992, 1998, and 2006.

More than 4,000 young people under the age of 24, 1,000 journalists and at least half a million tourists will pour into Lisbon from all around the world during the event between July and August 2012, while some estimates suggest that up to 1.2 million visitors could flood into Lisbon.

The Secretary of State for Tourism, Bernardo Trindade, told the Algarve Resident: “I think Lisbon has unique conditions that set it aside from all of the other European capitals and its wide estuary and location on the river front makes it the perfect setting to host an event of this nature.”

The ships will be berthed on the Tejo estuary where members of the public will be able to visit the ships and get involved in a range of activities for four days.