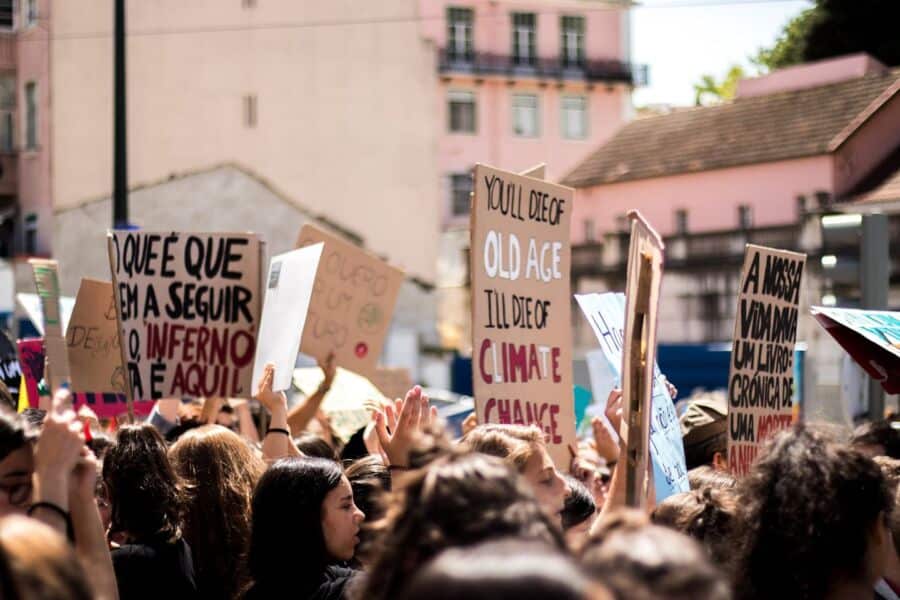 In what is meant to be a mass-takeover of educational establishments this week, a relatively small group of students started the ball rolling, with teachers described as ‘right behind them’. The protests, gathering young people as the day ensues, have been organised by Greve Climática Estudantil and are ‘demanding’ carbon neutrality by 2030. The government’s target is to reach carbon neutrality by 2045. Because of a stray comment by the Minister of Economy some months ago, the students say they are also protesting against him. See updates here . The plan is to maintain this ‘takeover’ until Friday.