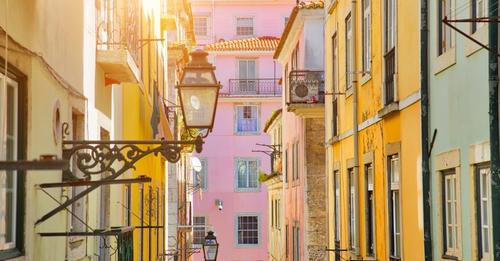 The first three months of 2022 saw an absolute race by homeowners to register properties in Lisbon for Alojamento Local (short-term tourist rentals).

The boom, seeing another 738 properties join the scheme, represented a 381% increase on registrations in 2021, and totally countered the ethos behind the moratorium, which was to return accessibility in Lisbon to local working people.

Now that the rush has passed – and huge swathes of central Lisbon are effectively ‘off-limits’ to locals – 14 of the cities 24 parishes have to ensure that AL does not exceed the ratio of 2.5% of homes in their areas.

In many areas, this percentage will have been exceeded many months ago, but only now is it ‘against the law’ – and the law is not even permanent: the new rules are described as ‘a temporary suspension’ only, running for six months, extendible to a year.

It is possible however that future municipal rules on AL in Lisbon will continue the regulation.

For now, Diário de Notícias has given a run-down on areas where AL far exceeds the 2.5% limit: the parish of Santa Maria Maior has no less than 52% of properties under the regime, Misericórdia 39%, Santo António 26%, São Vicente 16%, Arroios 14% and Estrela 11%.