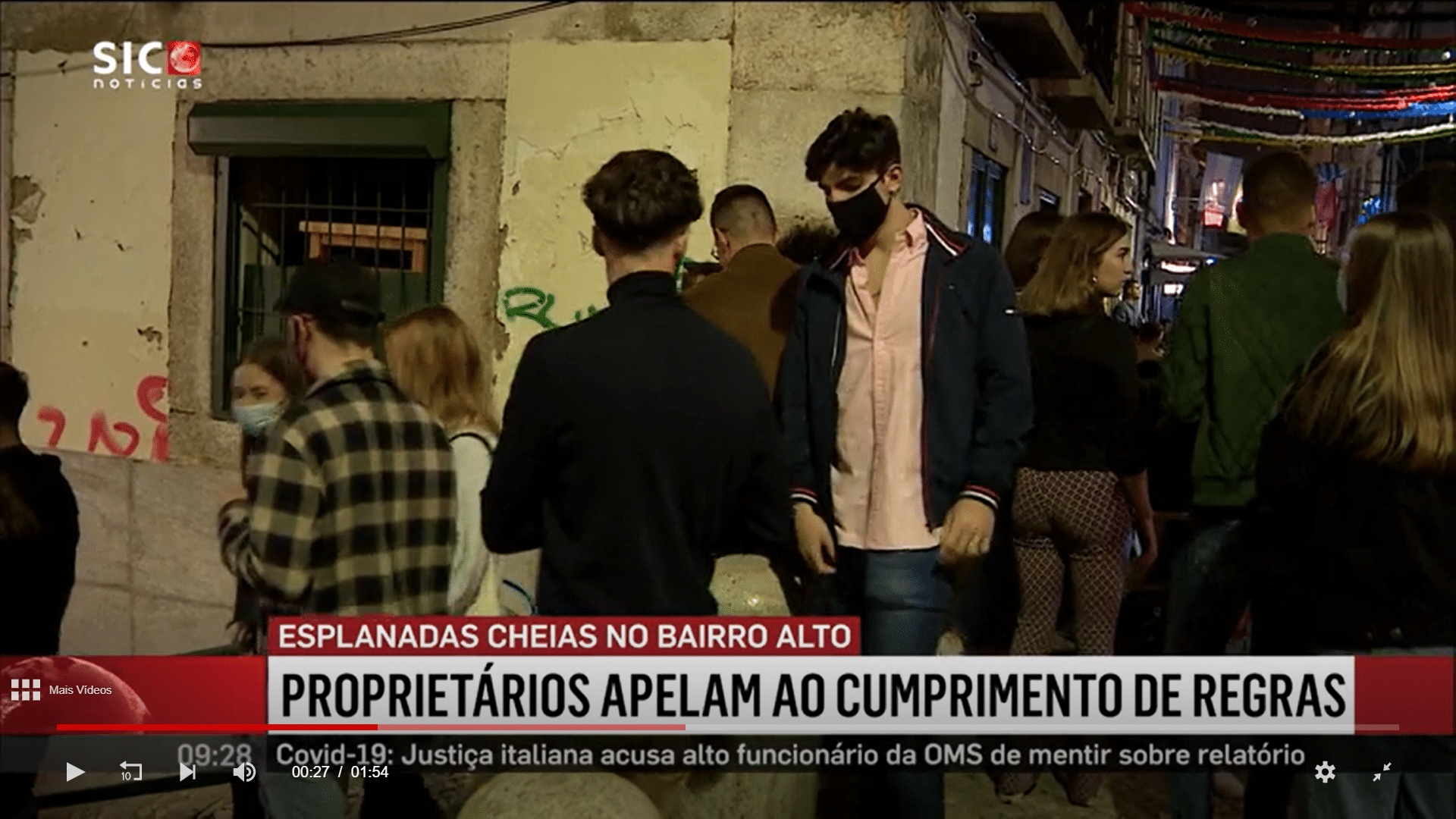 Lisbon has been labelled today as the engine behind Portugal’s 4th wave of new Coronavirus infections.

Wednesday’s Covid bulletin has seen the highest number of new infections recorded since February, as well as six deaths in the last 24-hours.

Hospital numbers are climbing, as are numbers in ICUs.

Of the 1,350 new infections flagged, 928 are in Lisbon, where the Delta (Indian) variant is in uncontrolled community transmission (click here).

This is the first time the Algarve has registered as ‘third highest’ for new case numbers, and almost certainly can be linked to the mobility of populations ‘down south’ as a result of the recent long weekend, and the arrival of tourists from countries where the Delta variant has been picking up speed.

As reports have explained, the deaths in the last 24-hours were all within the Lisbon/ Vale do Tejo area.

Experts have been talking for weeks about ‘restrictions’ being likely to return to the capital. Tomorrow’s Council of Ministers may well see movement in this regard.

For now, the bottom line is that the country is facing the 4th wave of new infections, and the testing strategy is falling short of requirements.

Carlos Antunes, a professor at the Faculty of Sciences at the University of Lisbon claims it simply is not working, and that there are “already signs that authorities are losing control of the situation”.

Both he and pneumologist Carlos Robalo Cordeiro defend “the only solution” is to bring in measures that reduce people’s contacts ‘immediately’.

The latest kink in Portugal’s pandemic path is not exclusive: other countries, like the UK, are experiencing similar spikes in the numbers of new infections, regardless of the country’s stellar vaccination roll-out.

Portugal’s Rt (transmission) number – which has to remain below 1 to ensure a reduction in the number of infections – is now way above that (at 1.13 on the mainland, 1.12 including the archipelagos of Madeira and Azores).

With the speed new infections are moving, this won’t be that far off.

In other words, this is ‘not a good day’. Decisions coming out of tomorrow’s Council of Ministers will be pivotal.

Hospital patients need to be ‘studied’ to understand variants

Meantime pneumologist António Diniz has been telling Lusa that it’s time for a change in tactics.

“The Crisis Unit of the General Medical Council has been saying repeatedly that everyone in hospital (with Covid-19) must be studied, to understand exactly what variant has brought them there”, he explained.

Some, for example, are people who have been vaccinated once; others are ‘fully vaccinated’. These will have almost certainly contracted the Delta variant, which is more transmissible and more resistant to the vaccines.

Authorities ‘need to know’ the situation in order to “rethink the game”, he said.

A recent study in UK, for example, showed that someone who has had only one dose of vaccine will only have a 30% protection against the Delta variant, he told Lusa.

And depending on what vaccine people have been given, immunity fluctuates.

For instance, two doses of the Pfizer vaccine is meant to offer 88% protection against the Delta variant (93% against the Alfa or British/ Kent variant).

AstraZeneca however sees that protection drop to 60% for the Delta variant, 66% for the Alfa.

As Dr Diniz conceded: “The truth is that when we have a vaccine that only protects us by 60% we don’t feel very comfortable. This might explain one of the problems the Delta variant is bringing…”

A ‘solution’ offered is for people who have had their first dose of AstraZeneca to switch to Pfizer for their second dose. But so far, nothing like this has been ‘taken onboard’ by DGS health authorities. It is simply a suggestion by Dr Diniz.

What does seem certain is that any thoughts of ‘reopening society further’ – with open air events or larger public gatherings – are likely to be post-poned until case numbers start to come under control.