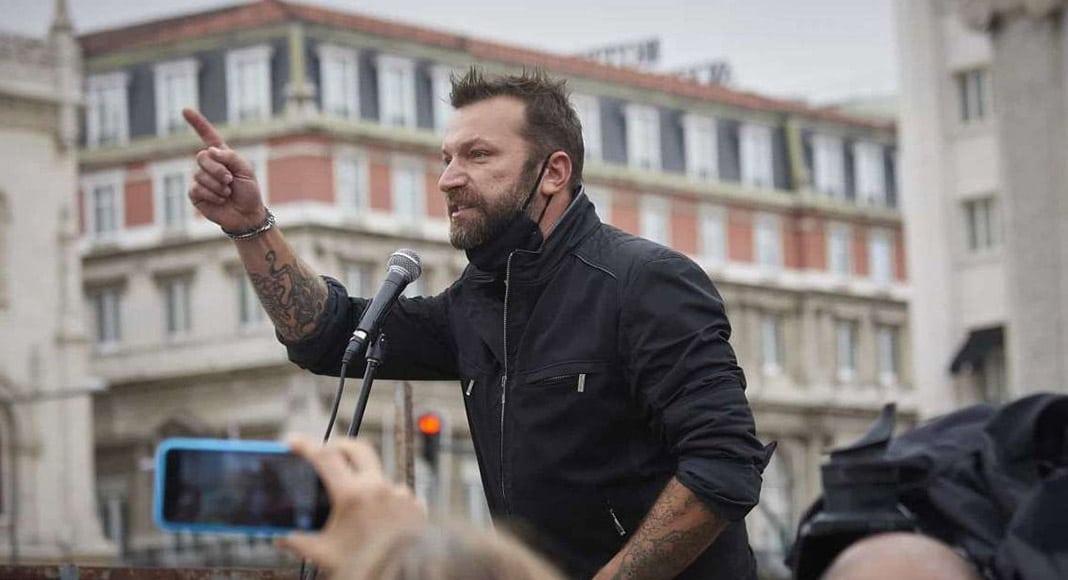 Lisbon mayor Fernando Medina managed last night to broker the end of Portugal’s embarrassingly high-profile hunger strike that had been camped outside parliament for almost a week.

At a moment when the government was ‘surrounded’ by nationwide protests from the hospitality/ tourism sectors, the nine stalwarts of the ‘Pão e Água’ (Bread & Water) movement finally agreed to showing ‘willing’ and pack up their tents with the promise of further dialogue next week.

Their initial demand – for an audience with either prime minister António Costa or economy minister Pedro Siza Vieira – was ‘half met’ in that Siza Vieira was ‘on the phone’ with Medina during the meeting and appears to have sent out the right messages.

Explain reports, the meeting broke up without having found ‘definitive solutions for the group’s demands for the sector’, but there at last appears to be a definite willingness from both sides to see out this crisis decimating hospitality businesses ‘together’.

Said nightclub owner João Gouveia, one of the main figures of the protest that has been publicised both here and abroad: “We feel a sense of confidence (in both Fernando Medina and Pedro Siza Vieira’s intentions).

What was left was for the eight men and one woman involved to at last enjoy some wholesome food, and return to their homes to sleep in considerably more comfort than they had enjoyed over this desperate week camped outside the Assembleia da República.

But ‘the fight goes on’. If anything the unrest and bitterness in sectors grasping for lifelines is hardening.

Writes Correio da Manhã today, in spite of the end of the hunger strike “hundreds of people connected to tourism are now warning of the drama they are experiencing”.

“We need help!” A tuk-tuk driver in the capital told the paper. “If tourism falls, Portugal falls. I know touristic animators who have already lost their homes, lost everything…”

Beyond the Pão e Água movement, ‘Salvar o Turismo’ (Save Tourism) is now another group that has been demonstrating in the capital, appealing for more financial support – and fast.

Despite so many promises, protestors say delays in receiving help are causing utter desperation.

Says CM: “Economy minister Siza Vieira has shown understanding with the unhappiness of businesspeople involved but has stressed that it is not possible to reach every case”.

This is an agony set to continue no matter how much good will is suddenly injected into the mix.’

The scheme will start ‘receiving applications’ next week via the official website of Lisbon municipal council.