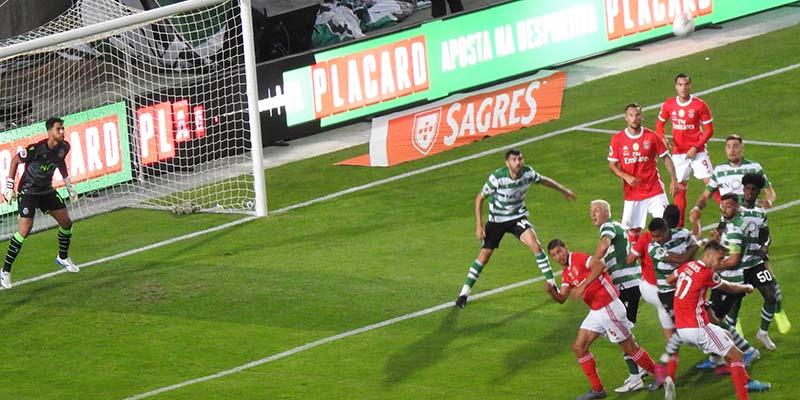 There was a carnival atmosphere before the game with music, lights and flares setting the scene for the fireworks that were to follow.

Midfielder Rafa Silva gave Benfica the lead five minutes before half-time and Pizzi doubled the Eagles advantage on the hour. Alejandro Grimaldo added a third as the Primeira Liga champions took control and Pizzi put the result beyond all doubt by scoring his second goal fifteen minutes from time.

Two minutes from time, the Lions were reduced to 10-men when Idrissa Doumbia picked up a second yellow card. There was still time for debutant Chiquinho to find the back-of-the-net eight minutes after coming off the bench to complete a sorry night for the Portugal Cup holders.

Following the game, Sporting’s general director of sports, Miguel Albuquerque, is reported to have been hospitalised after being set upon by a group of disgruntled fans.

A sorry end to a sad night for Sporting but Benfica will start the new campaign with two more trophies having won the prestigious pre-season International Champions Cup for the first time ahead of Manchester United, Arsenal, Tottenham Hotspur, Bayern Munich, Juventus, Atlético Madrid and Real Madrid. It was thanks to their three victories in the USA against Guadalajara (Mexico), Fiorentina and AC Milan, which drew large crowds from the Portuguese American communities which number over 600,000 in California and Massachusetts alone.