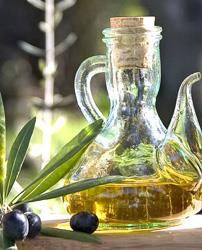 Launching the second phase – due to start on Monday – of Portugal’s ‘reopening for business’, prime minister António Costa has revealed the 50% limit on capacity imposed on restaurants and cafés should last only two weeks.

Ideally, he wants to do away with the rule by June 1.

The reason for ‘opening at half measure’ is to give Portuguese people ‘confidence’ that it is safe to go out again and have a meal.

It’s a strategy that leaves many restaurateurs in a major quandary.

They could simply delay opening until June 1 – but if they are among the almost 59% of establishments receiving government aid in the form of paid ‘staff lay off’, they risk losing it.

Many say they can’t hope to survive without a continuation of State support, no matter what date they chose to reopen.

An inquiry by restaurant association PRO.VAR shows that 74% of small and medium sized businesses “want to open, but don’t have the money to modify their establishments in accordance with DGS health authority indications”.

AHRESP, the sector’s more mainstream association, continues to fear as many as 27% of the country’s eateries will simply give up and declare insolvency.

Expresso – which has conducted its own study into how citizens feel about ‘getting out and about again’ – interviews big-name chefs like José Avillez who believes 40% to 50% of restaurants that were operating up till March “will disappear by the end of the year”.

The ‘confidence issue’ of clients is key.

Expresso’s ‘study’ into how nationals feel stresses that the majority of Portuguese are “very concerned” about picking up their daily lives again, fearing the worst is yet to come.

If this is the case, they’re unlikely to be keen to return to restaurants, irrespective of the limitations on capacity.

This is certainly what José Avillez is thinking. Closing 20% of his own restaurants, the Michelin starred chef explains: “I have to concentrate on the projects and the jobs that I will be able to save…”

Thus the second phase of deconfinement is fraught with uncertainties.

Schools too are ‘returning’ on Monday – in a very reduced form (simply the oldest pupils are being taken for specific classes, ringed by restrictions), along with creches, museums, monuments and shops of up to 400 sq m (click here).

Talking to tabloid Correio da Manhã specifically about the way ahead, PM Costa has stressed the government’s next focus will be on drawing up a “programme of economic emergency” – a blueprint for how to steer Portugal back to financial health.

“We have had to reinvent a lot in the last two months”, he told the paper – describing the lockdown period as “an eternity”.

“Now we have arrived at the phase where we have to have more solidity and design concrete policies to stop the hemorrhaging and create the groundwork for a programme of economic recovery”.

The PM added that there is already a new support plan for restaurants in which the government will give each one €5000 to help pay for PPE and disinfecting materials.

“I don’t know how many businesses will or won’t be able to open”, he admitted. “But there is an effort of trust that we all have to make…”