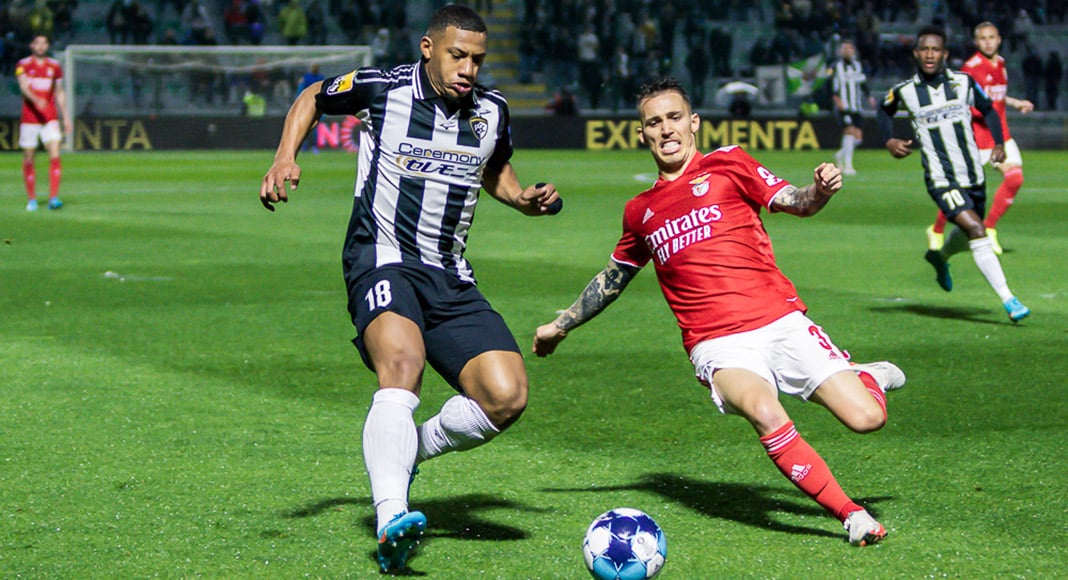 Portimonense lost out to the odd goal during a fiercely contested and incident-packed encounter in front of almost 4,000 fans at their own Municipal Stadium last Saturday evening.

The action had only just got under way when play was halted for five minutes to allow for the replacement of a ball boy who was taken ill. The restart offered enough time for Samuel to hold on to a Vertonghen header before a Carlinhos midfield interception set up Welinton Junior with a superb through ball to beat Odysseas in the Benfica goal with ease for the home lead.

With just over half an hour on the clock, referee Fábio Veríssimo was forced to stop play again and take the players off as hardcore Benfica supporters, the ‘No Name Boys’, pelted the pitch with red flares. When the game was eventually resumed, it was the visitors who took advantage of the 15 minutes (!) of time added on, Grimaldo finding the back of the net from the edge of the area to level the scores.

Meanwhile, the man in black had issued the first of what was to become a total of eight cautions and sent home manager Paulo Sérgio to the stands, his disciplinary zeal later culminating in a final straight red card for Moufi after the final whistle.

Before then, the much-delayed start to the second half immediately saw Benfica take the lead through Gonçalo Ramos, the Olhão-born player slotting home after Samuel had parried Rafa’s first time shot. Portimonense did attempt to find a way back, but Welinton, Filipe Relvas and ultimately Sapara’s best efforts all proved to be in vain as Odysseas stood firm.

Portimonense, now in ninth on 29 points, will next attempt to end their so far winless calendar year on Saturday afternoon when Estoril Praia provide the opposition near Lisbon. 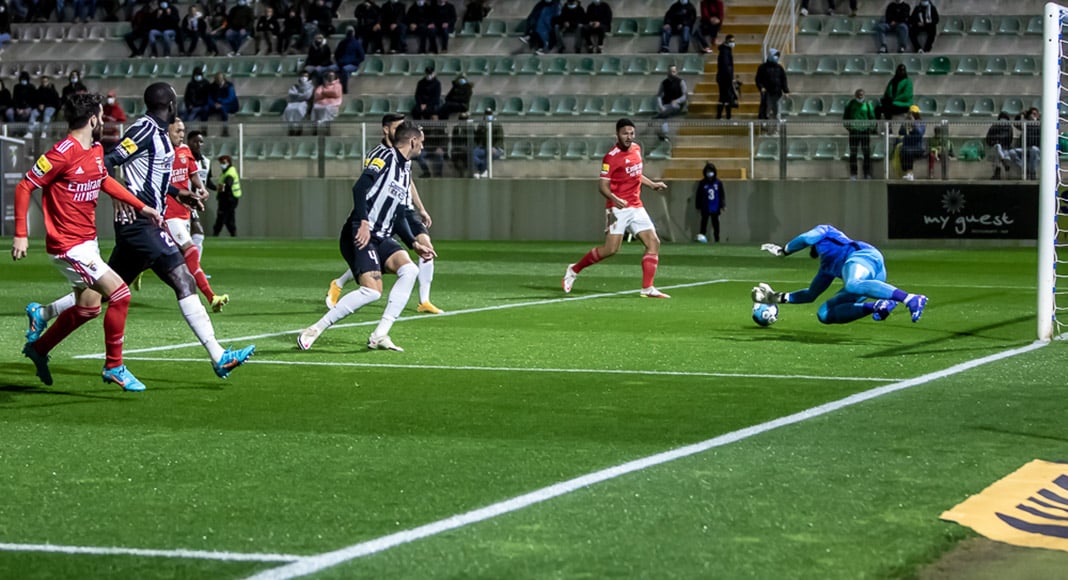 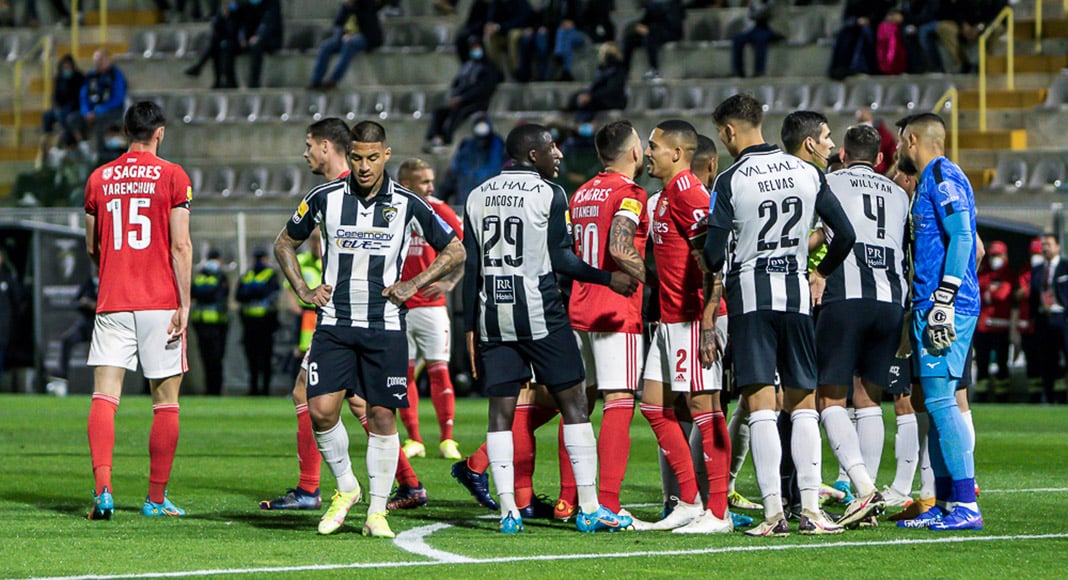 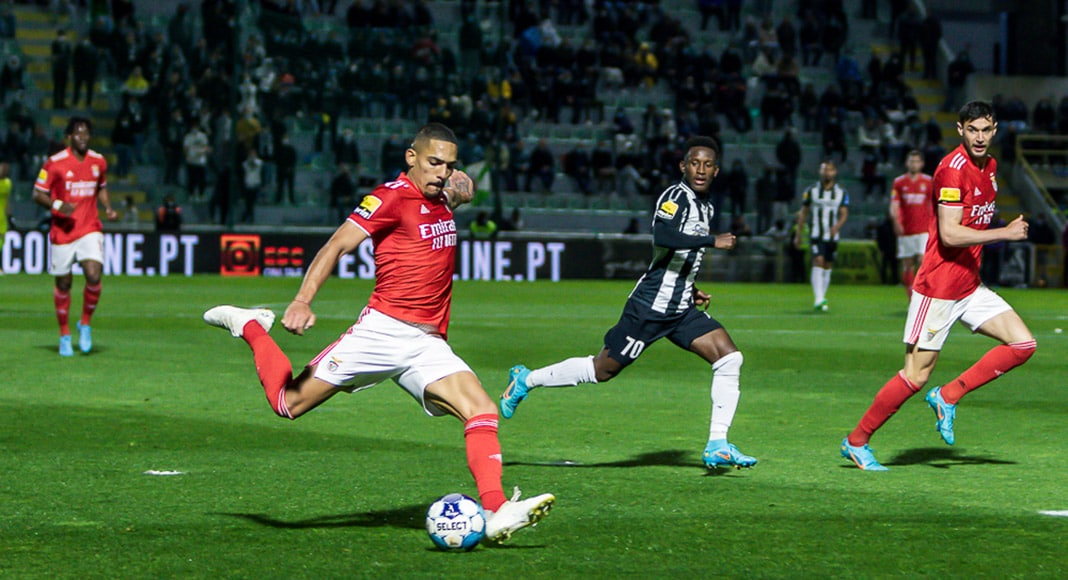