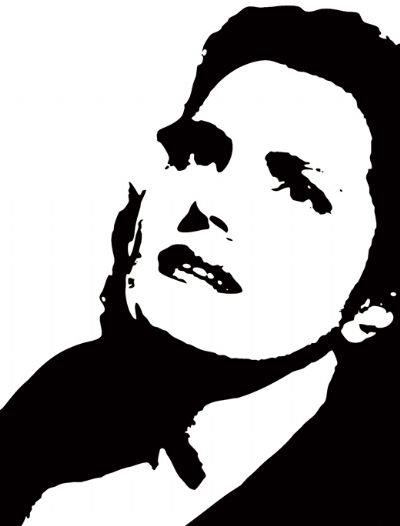 A comprehensive exhibition on the life of the great Portuguese Fado legend Amália Rodrigues is on show at the National Pantheon in Lisbon.

The exhibition, which tells the story of the diva’s life through her clothes, jewels, letters, documents, photographs and other personal effects, aims to show another side of the singer that most people simply don’t know, according to the director of the National Pantheon, Isabel Melo.

The exhibition, which is in the same Baroque church of Santa Engrácia where the star is buried along with dozens of other famous Portuguese writers, politicians, explorers and thinkers, has some documents that have never been put on display before, including her first passport, issued in 1943 when she went to Spain to perform.

Displayed in the central atrium of the church, the exhibition is not chronological but rather focuses on eight main areas of the world where the star made her mark as a major international performer such as in Spain, Mexico, the United States, France, Italy and Japan.

Among the interesting exhibits on display is the first suitcase Amália took with her to Spain, an elaborately embroidered kimono given to her on her first tour of Japan, and one of the dresses that she wore in her tour entitled A Love of Amália in 1972 at the Canecão in Brazil organized by Ivon Curi.

Other items either come from, or have to do with, concerts played in the former Soviet Union, Africa, East Timor, Israel and Rumania.

The display is made up from the collection belonging to the Amália Rodrigues Foundation and the Theatre Museum and also aims to show “the most significant events of the Fado singer’s professional life as well as her more personal and private side that most people don’t have any perception of,” added Isabel Melo.

October 6 will mark the 10th anniversary of Amália’s death in 1999, after which she was given a state funeral at the Basilica Cathedral in Estrela before being laid to rest in the National Pantheon.

entertainer to achieve an international “star” dimension, but despite being loved by the Portuguese people and being famous all over the world, was often a lonely and disturbed figure.

She also courted controversy in the aftermath of the Carnation Revolution in 1974 for being considered an unofficial ambassador for the Salazar regime.

The exhibition, which contains 150 pieces, including fans, dresses, jewellery, photos, programmes, tickets, posters and even hair pieces, will continue until November 15.