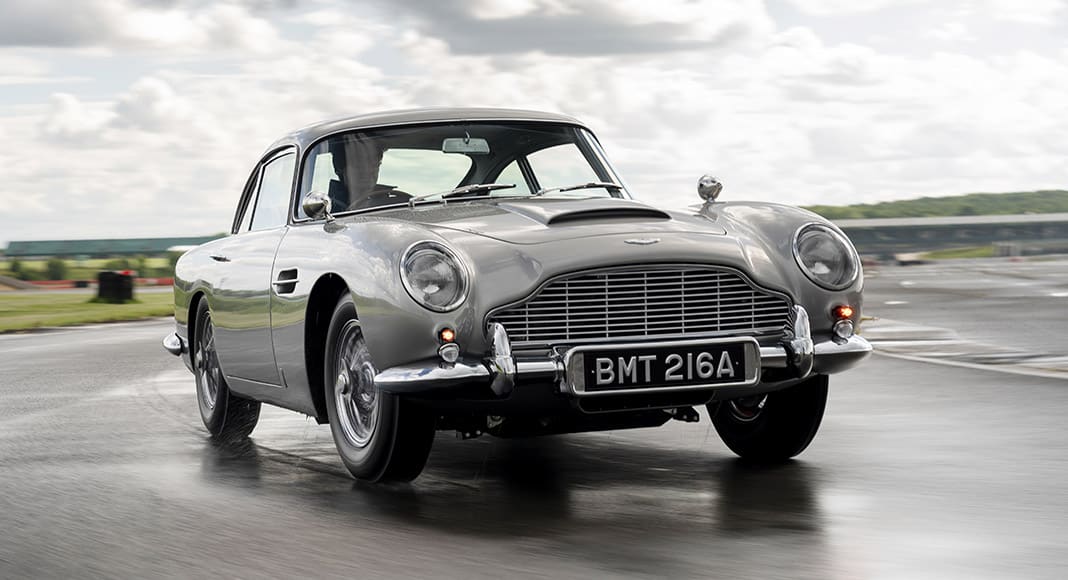 Missed being cast as the next 007? Aston Martin has the perfect solution for you.

The Aston Martin DB5 is one of the most beautiful cars ever made. Launched in 1963 as a substitute to the DB4, it was Aston’s most advanced machine at the time.

Designed by Carrozzeria Touring of Milan, its combination of traditionally classic proportions with masterful design details is forever embedded in automotive lore. With a four-litre, straight-six cylinder engine producing 290 horse power through a five-speed transmission, the DB5 was good for 230km/h.

However, the truth is none of that matters. Because in 1964 this Aston Martin became the coolest car in the world and it has remained so for the last fifty years.

Everybody knows that. Because this is James Bond’s car. This is 007’s wheels.

The guilt lies with a man called John Stears, a two-time Academy Award winner special effects supervisor. Having envisaged many of the world’s best-known special effects, including those in the first eight Bond movies, as well as Luke Skywalker’s Landspeeder and the Jedi Knights’ lightsabers, John’s finest hour came while filming Goldfinger.

For the third installment of the most famous secret service agent in the world, Ian Fleming gave his character an Aston Martin DB Mark III, but John Stears convinced the British constructor to make a prototype of the DB5 available to EON Productions. Luckily for John, but especially for Aston Martin, Goldfinger is widely regarded as the one of the best – if not the best – Bond movies of all time. It was the first of the franchise to win an Oscar and its first blockbuster, costing as much as the preceding two films combined, but recuperating that after only two weeks on the big screen.

With Sean Connery’s unique accent and charm and the famous eject button, the DB5 became, quite simply, the most famous car in the world. In 1964, a Corgi model of the movie’s car became the best-selling toy of the year. And although Aston Martin tries sometimes to play down the importance of Bond’s DB5 in its existence ever since, the reality is that, were it not for Bond, a marque which has been through seven bankruptcies would probably not exist anymore. Talk about good product placement.

Daniel Craig – our current 007 – still drives one today in every new Bond movie, whilst one year ago, a DB5 used to promote the film Thunderball was sold at auction for $6.385,000.

That may have helped Aston Martin’s decision to build 25 replicas of the Goldfinger car. I kid you not. They are building 25 units of a car with rotating number plates, eject buttons and make-believe machine guns that, obviously, you cannot drive on the street. For the small amount of close to €4 million. Four Million Euros. F-O-U-R M-I-L-L-I-O-N.

If you need time to read that again I can wait but, basically, it’s €4 million for what is a grown man’s toy, and guess what…? They are all sold, of course.

Last week, the first of these continuation cars rolled off the production line, the first time in more than five decades that Aston built a DB5 from scratch using the car’s original plans. Less than 900 were built between 1963 and 1966.

In straight coordination with EON Productions and under direct supervision of the company’s current special effects’ supervisor, Chris Corbould, heir to the magician John Stears, the Newport Pagnell factory in Buckinghamshire takes around 4500 hours to finish every unit.

Some necessary modifications are made to what was seen on the screen 55 years ago, in order to ensure the car’s reliability and build quality, but no concession is being made to the 25 customers who had €4 million to spare. All cars will be finished in Silver Birch paint and come with a 4.0 litre straight six engine, mated to a five-speed manual gearbox. And then, movie reality takes over.

In a world turned upside down by a small virus, it’s a wonderous thing that a car can be such a fountain of joy for no other reason than joy itself. The golden age of cinema is surely behind us, but its power is very much alive. 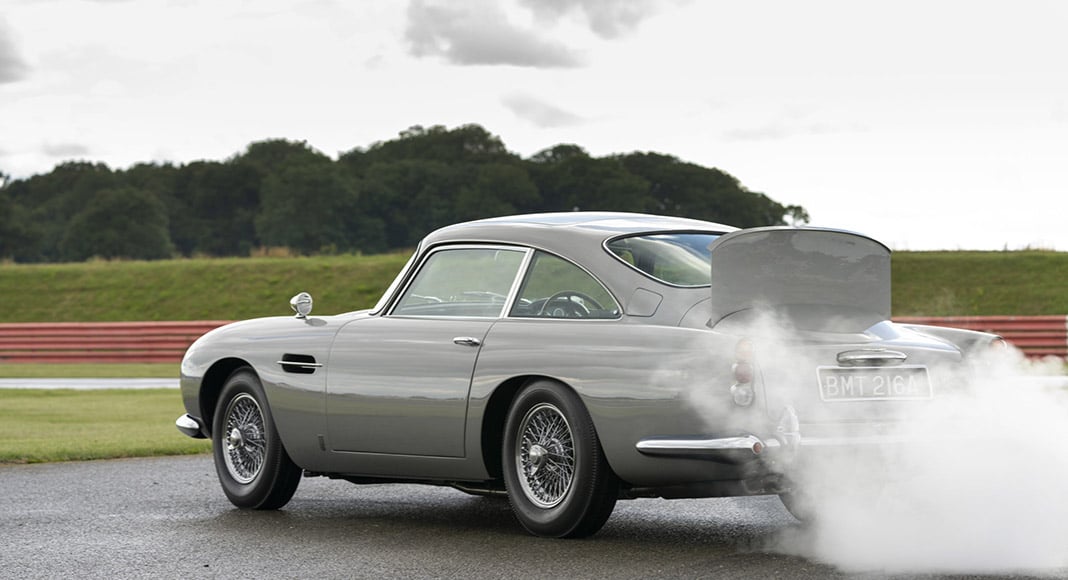 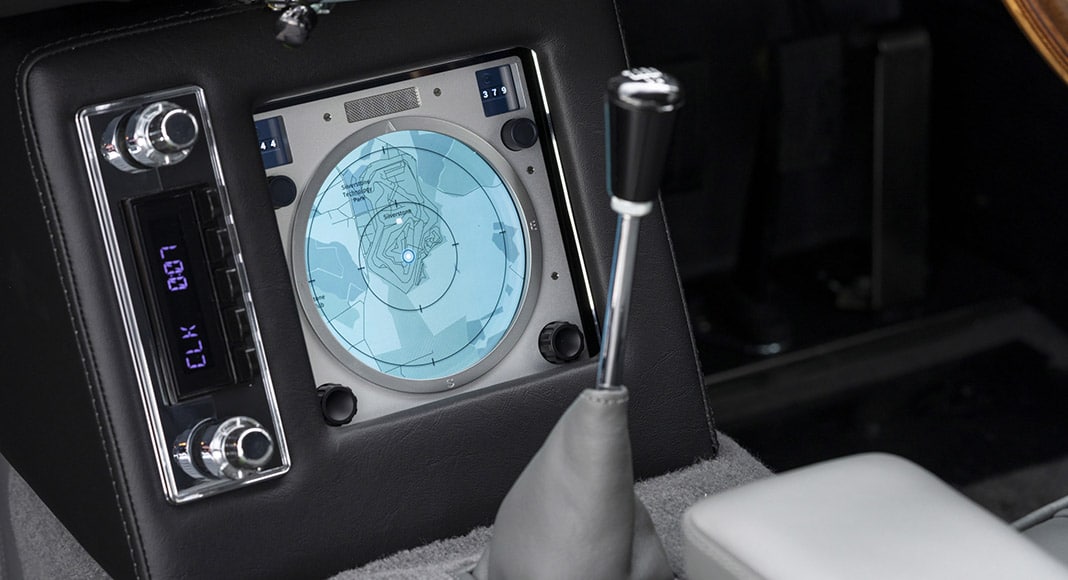 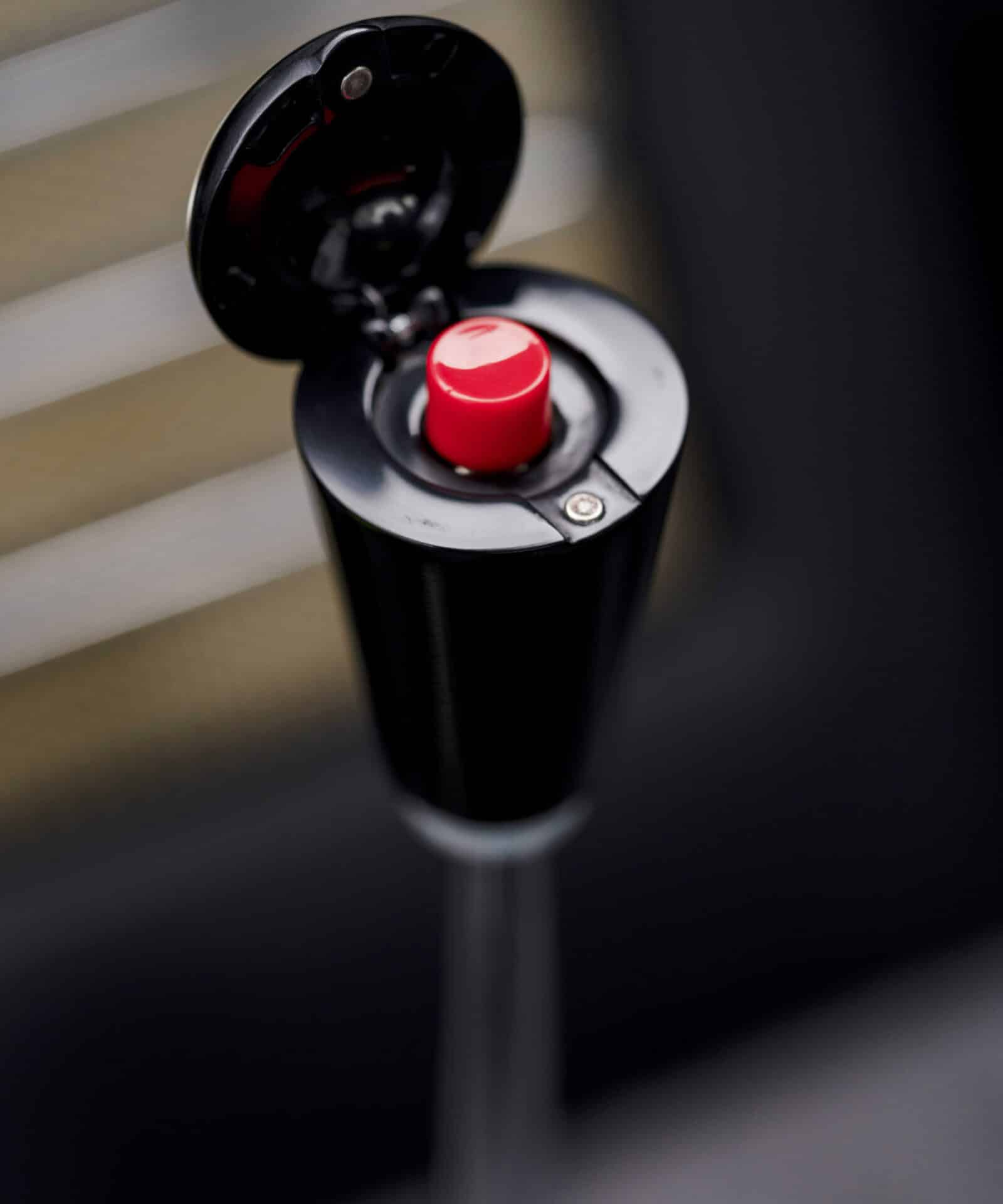 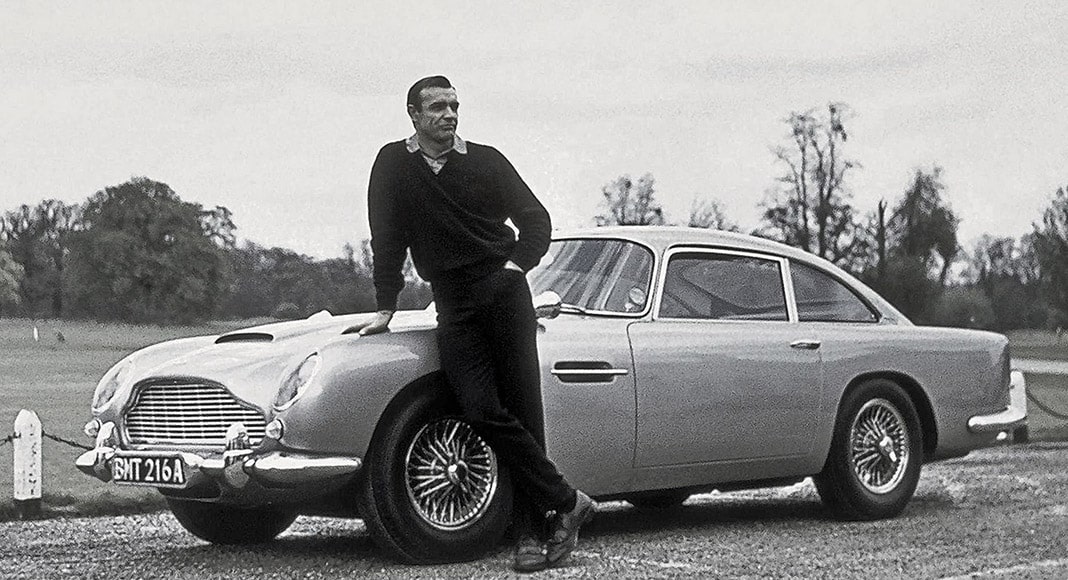