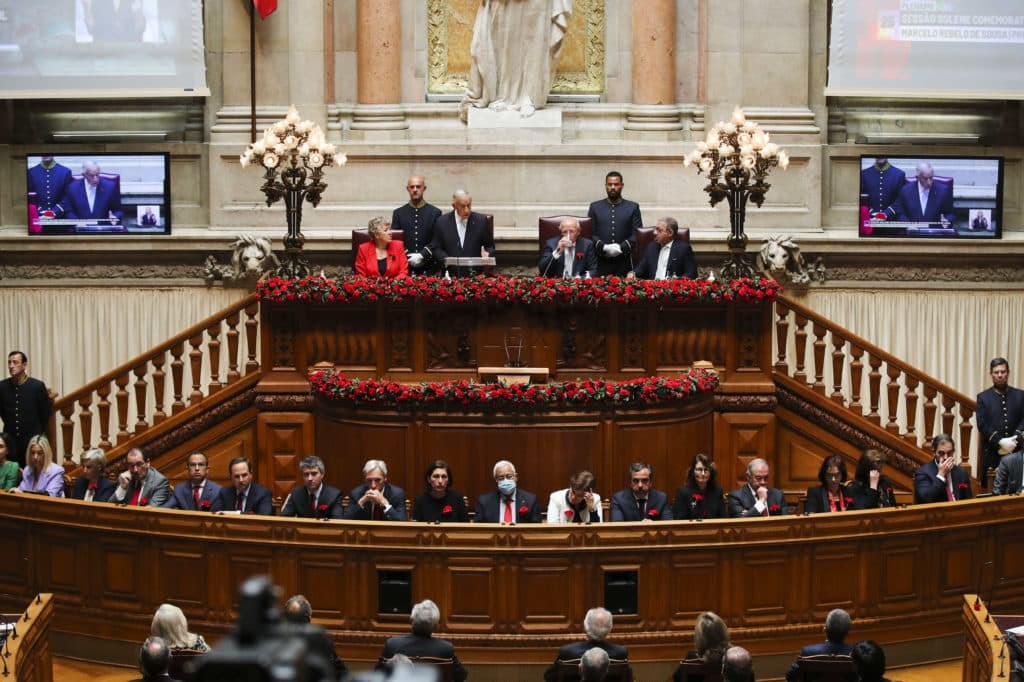 Without more money for Armed Forces “democracy will be much weaker”

With the purported Russian ambition to construct ‘Eurasia’ “stretching from Vladivostok to Lisbon” hanging ominously in the air, Portugal’s parliamentary leaders today commemorated the 48th anniversary of the country’s accession to democracy.

All political parties were given time for interventions – but perhaps the most pertinent was that of President Marcelo, who used ‘Liberty Day’, as April 25 is known, as to appeal for more money for the Armed Forces.

In this respect, Marcelo showed total support for the ambitions of the new minister for defence Helena Carreiras.

As president of the Republic, Marcelo is also Supreme Commander of the Armed Forces – and it was in this capacity that he directed his speech today, insisting that “in these times of war” it is crucial to get citizens ‘on board’ over the need to have a “strong, united, motivated military”.

Without one “our peace, our security, our liberty, our democracy, even dreams of April 25, will be weaker”, he insisted.

If Portugal “doesn’t create these conditions now”, the country will reach a point where they are demanded by others – and then it won’t have a leg to stand on.

War in Ukraine has focused attentions on defence, and in the president’s mindset, it is not a question of being on the right, or the left, of being a conservative or radical, it is simply about being a patriot “in liberty and democracy”.

Reaching the point where the Armed Forces are seen as a “crucial pillar of our collective life” is not the job of a president, or of a parliament or of a government, he stressed. It needs to come from “continued and effective national consensus”.

It was an intervention that is being widely publicised today: with essentially all parties agreeing with the bottom line, even PCP communists who have been “shooting themselves in both feet” over the war in Ukraine “on a weekly basis” (this verbatim observation coming from political commentator Luís Marques Mendes on SIC television last night).

Otherwise, the commemorations saw smaller parties complaining over how so much more needs to be done to honour the intentions of the Carnation Revolution 48 years ago, while the new leader of the house Augusto Santos Silva gave a stirring speech on the importance of Portuguese communities throughout the world; emigrés that have left this country to help in what he called ‘the construction of cohesive societies’ abroad.

Portugal’s “opening to the world is a precious asset in times of hatred”, said Santos Silva – and Portugal’s ability to “communicate with everyone, and build bridges between distinct realities” is a capacity that is increasingly receiving international recognition.

Bringing the parliamentary pomp and circumstance into sharp focus is a poll performed for TSF Rádio/ Diário de Notícias and Jornal de Notícias which shows almost half the population is fairly unimpressed by the 21st century version of Portuguese democracy.

Explain reports, 43% of those polled said they were unsatisfied, very unsatisfied or “so – so” when it came to the state of democracy in this country. The main reason for reticence being the ‘salarial inequality’.

The poll quizzed people on their levels of confidence in institutions; finding the most confidence (‘very confident’) shown in the Armed Forces.

Even President Marcelo couldn’t poll as much confidence.

But people’s opinions on the courts and the government were low on the list, and show how far the country’s relatively young democracy still has to go to satisfy citizens.