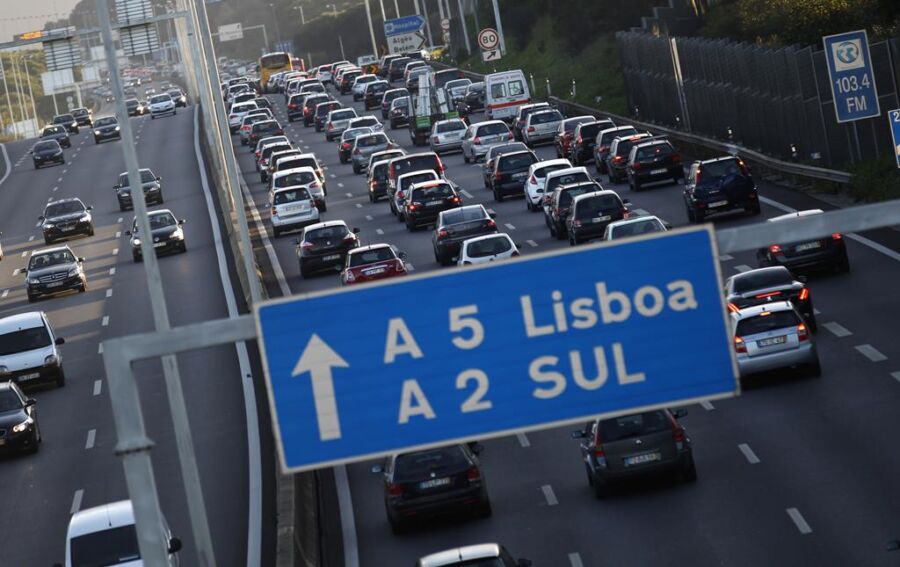 A study published today re-emphasises the problems of pollution in Lisbon. Some areas – ironically including cycle paths – are among the worst affected by levels of pollution “not tolerated by the World Health Organisation”. (That last part is what has been written by Lusa – highlighting perhaps how WHO intolerance still stands for very little).

Data for the study was collected between August 2021 and July of this year – and simply underlines the results of previous studies, all pointing to the collateral effects of ‘elevated traffic and maritime transport’.

Strangely, the study appears to have made no reference to pollution emanating from the fact that the one of the country’s busiest airports is based in the heart of the capital.

Pollution levels – and dangers to public health – coming from the airport have been the subject of previous studies, suggesting terrible impacts on residents (certain to be beyond all WHO levels of tolerance).

This latest study focused principally on levels of nitrogen dioxide (NO2) and suspended PM particles (microscopic particles of solid or liquid matter suspended in the air), equally identified in the earlier study of pollution around the airport).

So ‘what is to be done’? For now, researchers stress the need for further studies and a wider scope of sensors for these studies, increasing green areas, enlarging pedestrian areas in the city, “building and renewing buildings that are energy efficient”, encouraging further use of public transports, car sharing and the use of bicycles (even though those currently adopting this form of transport are being exposed to dangerous levels of pollution as they pedal their way to and from commitments).