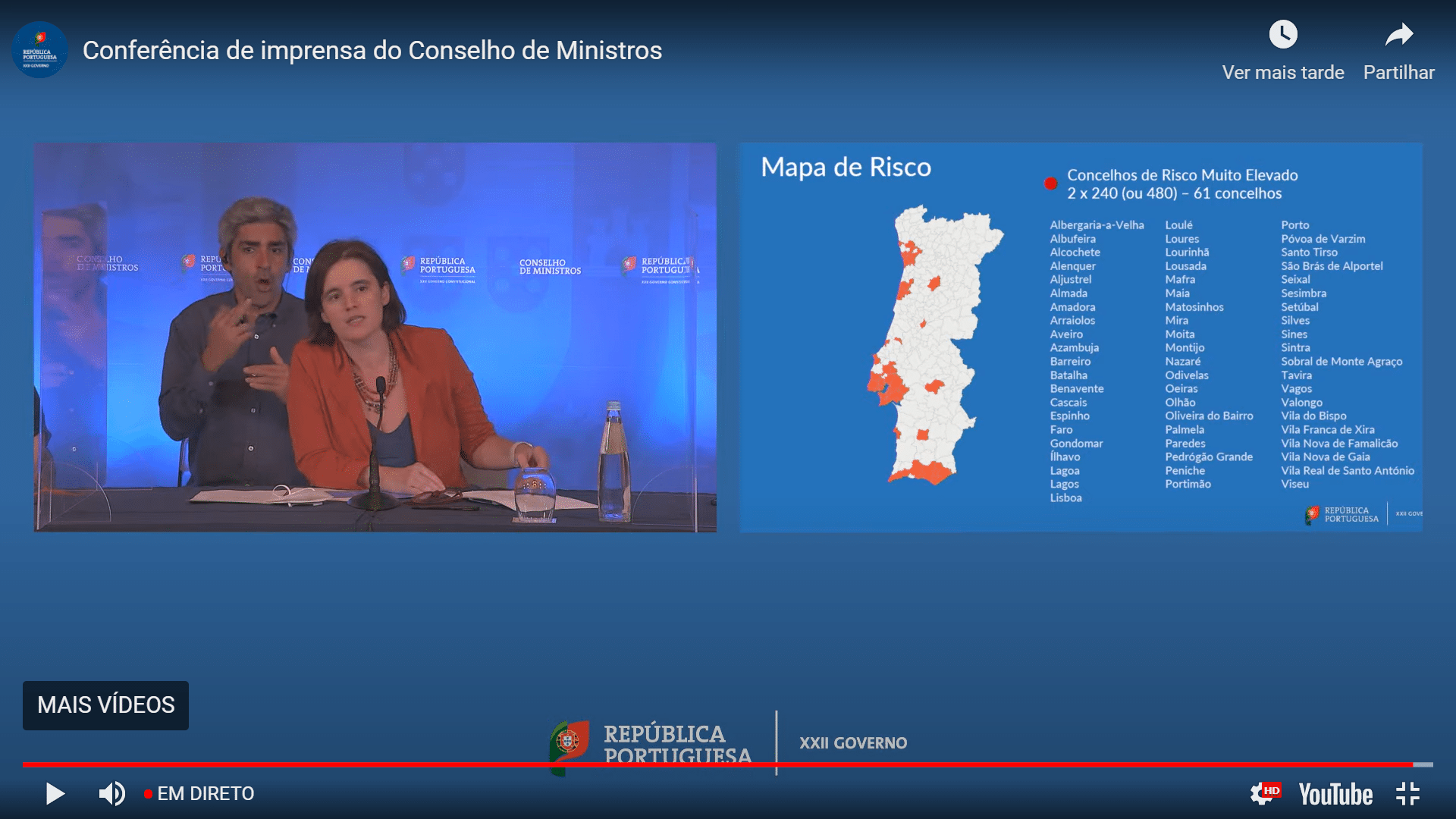 Today’s press conference following the weekly Council of Ministers was one of the shortest in recent times, introducing no further measures of combat for the pandemic, now that 116 municipalities are bound by the 11pm curfew and restrictions on restaurants and business hours.

Last week’s meeting bound a total of 90 municipalities to the toughest rules. The new total of 116 means these are the following boroughs affected:

Rules for these municipalities remain the same as they were last week. They are:

For municipalities of high risk (see below) the rules are almost the same, with the exception that restaurants can have a maximum of six people per table inside, 10 outside, and shops and businesses can run until 9pm every day of the week.

Meantime 29 boroughs are now on ‘alert’: if their transmission levels do not reduce by next week’s Tuesday’s meeting of experts at Infarmed, the likelihood is that these will also join the other 116 under reinforced measures.

Summing up the country’s situation, minister for the presidency Mariana Vieira da Silva said: “We are already seeing areas that were more ‘red’ than we find them now. Some regions appear to have reached their peak, like Lisbon and the Azores. We cannot say we are in a situation without a level of concern but it is a good sign that results from the capacity to contain the pandemic and the efficiency of vaccination. It is a race against time”, she concluded – referring to the focus on vaccinating as many people as possible to reach the longed-for point of ‘herd immunity’.

Portugal’s State of Calamity has been extended for a further two-week period, to August 8.