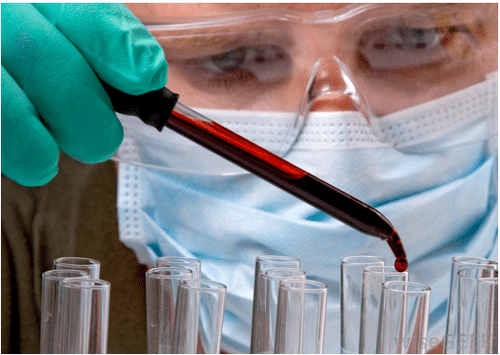 A first round of tests is being prepared to show the percentage of the Portuguese population that has already had ‘contact’ with the new coronavirus, and has developed some form of immunity.

Says Expresso, initial results will be known by the end of June, beginning of July.

As immunologists explain, there is still so much to find out: “We don’t know the quantity of antibodies that people produce, the quality of these antibodies that provide protection, the minimum needed for people to be protected and for how long immunity lasts”, said Helena Soares of CEDOC-NMS, one of the five institutions rolling out Serology4Covid in May.

In other coronaviruses people who have developed antibodies have an immunity that lasts for anything from three months to two years. It’s “possible”, said Soares, that immunity to SARS-CoV-2 falls within this timeframe.

‘Serologic testing’ has seen other countries estimate ‘very low percentages of immunity’ but with a real number of infections “that is nearly always higher” than the number given by authorities, adds Expresso.

Said immunologist Henrique Veiga-Fernandes of the Champalimaud foundation: “Recent serologic testing carried out in regions of China, Germany and the United States have shown that infection by SARS-CoV-2 is in fact “much more widespread than indicated by the number of confirmed cases”.

If Portugal’s results come up with this kind of data, it means mortality rates are actually lower than levels estimated.

Portugal’s first round of Serology4Covid will take place over three weeks next month, and involve just over 2,000 people – 352 of them children under the age of 10.

Led by the national health institute Dr Ricardo Jorge (INSA), the ‘protocol’ to be followed is one drawn up by the World Health Organisation.

Said a source for INSA “participants will be selected from people going into laboratories and hospitals involved in the project for routine bloodwork. They will be invited to take part, and will be informed of the results if they want to be”.

This initial test phase will have nothing to do with the geographical distribution of confirmed cases, says Expresso.

Further phases will take in health professionals as well as patients being treated for the virus in hospital.

Independently of Serology4Covid, testing of 700 nurses and medical orderlies in hospitals in Lisbon and Porto is going ahead from Monday, as is a study to discover antibodies in health professionals, care home workers and civil protection agents in the Algarve.

Stressed Mónica Bettencourt-Dias of the Gulbenkian Institute of Science – one of the ‘big five’ involved the Serology4Covid consortium – with numbers recovering from the virus now exceeding numbers that have died, it is fundamental to understand the strength of immunity produced so that survivors can be given medical orientation.

“For now we have to remain cautious”, she said. “There’s no room for complacency”.