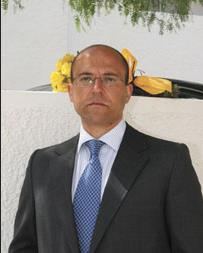 A SPECIAL service was held to remember Madeleine and all missing children at the Nossa Senhora da Luz church in Praia da Luz on Saturday evening (May 3).

The emotional service, in both English and Portuguese, was conducted by the local catholic priest José Manuel Pacheco and resident Anglican Church priest Father Haynes Hubbard.

Yellow and green candles were handed out to the congregation to be lit during the service to serve as a light of hope. Yellow wrist bands from the Find Madeleine campaign were also given out and a photographic slideshow of Madeleine was played to music to emphasise the positivity the McCann family has shown in the search for Madeleine.

Members of the McCann family, including Gerry McCann’s brother John, who arrived in Portugal earlier that morning, were present at the service and read a letter from Kate and Gerry to the congregation.

In the letter, Kate and Gerry thanked the people of Praia da Luz for their initial and ongoing support, as well as their efforts to help in the search to find their daughter, when she went missing one year ago.

The letter spoke of Gerry and Kate’s hope that they will one day find their daughter and that their family can once again be complete.

After the service, members of the McCann family stood outside the church with members of the congregation around them in a large circle and released yellow and green balloons.

John McCann told The Resident that this evening, members of the family would all be taking part in a private and symbolic lighting of candles.

“This is to symbolise lighting the way home for Madeleine,” he said.