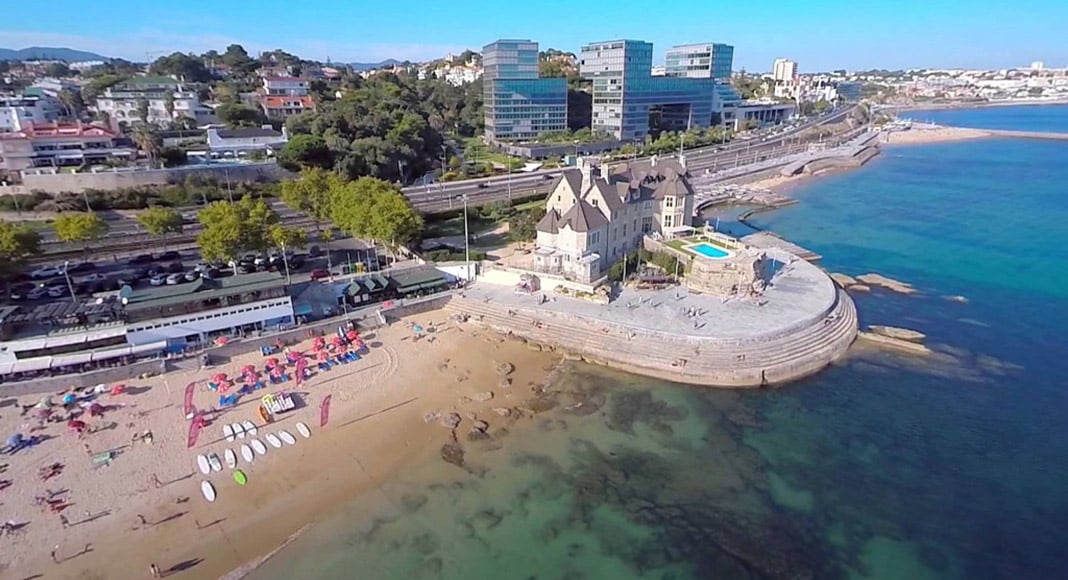 True to its claim as the sunniest place in Portugal, Cascais has been blessed with sunny, mild weather so far this month (Editor’s note: letter written before ‘Depression Barbara’ hit Portugal this week!). Of course, the days are shorter already and it is becoming too cool in the afternoons and evenings to sit on the balconies and terraces. The sun stays at a low angle until lunchtime and disappears early.

On weekends, the Guincho area is busy with hikers, bikers, surfers and some campers. Sailboats are out on the water.

The pandemic still shapes our way of life, our interactions with others and our choice of outside movements and locations. Due to travel restrictions and the potential risks involved, we have not seen family and friends outside Portugal since late last year, nor have we been able to receive foreign visitors. The telephone and IT technology continue to serve as our prime means of international communication.

While the Portuguese government has again declared a “State of Calamity” in an attempt to contain the rising numbers of new virus infections, the situation in neighbouring Spain and in most other European countries has also worsened again.
Travel within the European Union is becoming increasingly difficult. Germany has even declared several domestic districts and municipalities as “high risk areas”.

National and international football (soccer, for my North American friends) and some other sports are not immune to the virus and may even be sources of more infections. Last week, Portuguese football icon Ronaldo’s virus infection topped the daily news and the cyclists’ Giro d’Italia has ‘lost’ whole teams to the virus.

The United Kingdom, historically Portugal’s ally and friend, is facing two simultaneous challenges: rising virus infections, on the one hand, and the possibility of a “no deal” Brexit on December 31 of this year, on the other. The bright new future for “a Sovereign Great Britain” promised by the Brexit supporters is unlikely to be fulfilled.

On October 5, a public holiday, Portugal commemorated the Implantation of the Republic in 1910, when a coup ended the weakened Portuguese monarchy (Portuguese monarchists still celebrate October 5 for a different reason, since on that day in 1143, Portugal was recognised as an independent country in the Treaty of Zamora).
The new republic lasted until May 1926, when a military coup established a dictatorship, followed by the Estado Novo under the authoritarian regime of António de Oliveira Salazar.

In Germany, the 30th anniversary of the re-unification of the two post-war German states was commemorated. On October 3, 1990, the (east) German Democratic Republic (GDR) – a de facto police state under Communist rule – joined the (western, democratic) Federal Republic of Germany.
Following anti-government demonstrations in several East German cities, the Berlin Wall came down in 1989. Notwithstanding some continuing internal differences in the unified Federal Republic, Germany, with its liberal democracy, is today a dedicated member of the European Union and one of its staunchest supporters.
In light of its history in the 19th and 20th centuries, its leaders have always recognised that the country depends on Europe for its democratic future and its economic survival.

Europe is facing internal challenges, with regard to autocratic regimes in the east (Hungary and Poland), the uncertainty surrounding Brexit and, not least, the activity of extremist rightwing movements promising simplistic solutions for complex problems. The pandemic is not making things easier.

At present, Europe is awaiting the outcome of the November 3 election in the USA with great concern. The result will determine the nature of our future relationship with America and will have other far-reaching consequences, both in the US and globally.

Meanwhile, our prime preoccupation is the containment of the virus and personal health as well as the good health of our family, friends, neighbours and the community.

My best wishes to you all for good health and safety.