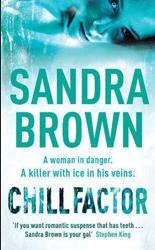 WHEN IT was first introduced a few years ago, World Book Day was inaugurated on April 23, but England soon switched it to another, probably more commercially beneficial, date. The rest of the world has stayed with April 23 and, as we are an international bookshop, so shall we – especially as it is Shakespeare’s birthday!

To celebrate World Book Day this year, the Griffin Bookshop will be giving out FREE, special World Book Day children’s books to every child who comes into the shop during that weekend – from Friday, April 21 up to and including Monday, April 24. Just ask at the counter and your young companion can choose the most appropriate book of the special selection for their age.

Adults have been catered for as well this year, with the publication of several shorties by well-known authors, priced at just 4.50 euros each. Minette Walters is one of them and Richard Branson has put his lessons in life to paper for our edification!

If you can find a quiet moment for yourself during the busy Easter period, there are three new easy reads that should prove a worthwhile break.

The first is Chill Factor, new in paperback by New York Times queen of suspense, Sandra Brown. Cleary is a sleepy town in the snow lands of North Carolina – the kind of place where criminal activity is usually limited to parking violations. But, when a woman disappears without a trace, the local police realise that the total is now four women in two years. A blue ribbon was left near the spot where each woman was last seen, but there are no other clues.

The book opens with a divorced couple, whose marriage broke down after the death of their three-year-old daughter. They’re discussing the sale of their vacation cabin, bought when they were trying to make a fresh start. Dutch is now Cleary’s chief of police and Lilly is a magazine editor in Atlanta.

Lilly Martin is on her way back to Cleary and is trying to outrun a snowstorm, when her car skids on the icy road and strikes a man as he emerges from the woods on foot. Lilly recognises the injured man as Ben Tierney, whom she met and flirted with the summer before. They’ve no choice but to wait out the storm in the cabin, but as the hours of their confinement mount and conscious of the disappearances, Lilly begins to wonder if the greatest danger to her safety isn’t the blizzard outside, but the mysterious man right beside her. Then, the FBI arrive in town with evidence that Tierney is the serial killer …

The Ship of Brides by JoJo Moyes, in weighty paperback at 11 euros, lets you embark on a beautiful romance from this RNA prize winner, based on a compelling true story. How far would you go for love? The year is 1946 and, all over the world, young women are crossing the seas in their thousands, en route to the men they married in wartime, and an unknown future.

In Sydney, Australia, four women join 650 other brides on an extraordinary voyage to England, aboard HMS Victoria, which still carries not just arms and aircraft but a thousand naval officers and men. Rules of honour, duty and separation are strictly enforced, from the aircraft carrier’s Captain down to the lowliest young stoker, but the men and the brides will find their lives intertwined in ways the Navy could never have imagined.

Frances Mackenzie, the enigmatic young bride whose past comes back to haunt her thousands of miles from home, will find that sometimes the journey is more important than the destination.

The Family Tree by Carole Cadwalladr, in paperback at 12.50 euros, is another thumping and surprisingly good read, given the ‘wacky’ cover.

On the day of Charles and Diana’s wedding, the Munroe family of Middleton are having a Charles and Di party. Family rows inevitably begin and Rebecca Monroe’s manic-depressive mother locks herself in the bathroom and kills herself, staining the avocado suite in the process.

Rebecca narrates this grim comedy about three generations of an unhappy family, heavily themed on nature versus nurture. Rebecca’s sister, Tiffany, seems suspiciously unlike her, and they have a ghastly, creepy grandfather called Herbert, whose brightened-up funeral eulogy provides one of the funnier moments in the book. Grandmother Alicia should have married the man she loved, a Jamaican who wooed her with papayas and guavas, instead of her cousin Herbert. As for Rebecca, she is now married to know-it-all Alistair, a behavioural geneticist who has an answer to everything, and she is doing her own PhD on 1970s popular culture.

As Rebecca worries that if she has children she might pass on her mother’s manic-depression, she takes us on a journey through her family history and genetic research.