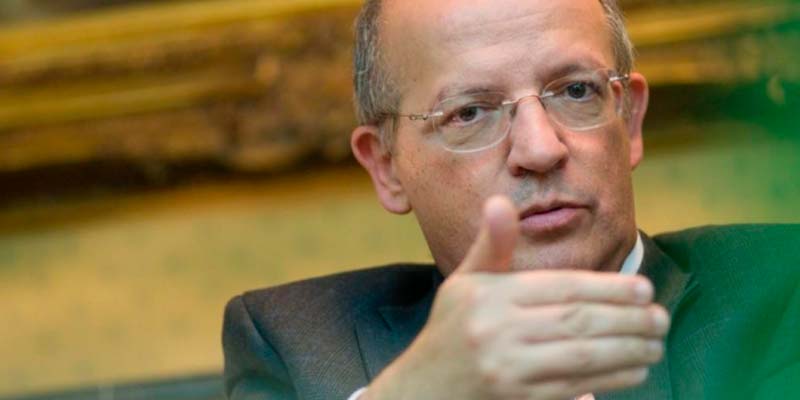 It was a press statement that went forwards as other European countries said the same.

France, Spain, UK, Sweden, Holland and Germany have all said they recognise Guiadó to be Venezuela’s interim president as Maduro refuses point blank to call the ‘free elections’ his citizens have been pushing for.

Pressure has been mounting against Maduro for days, but it appears to have left him all the more determined to ride this crisis out.

Here in Portugal, Santos Silva told reporters: “Venezuela is living through a political impasse that can only be resolved from the Portuguese and European point of view through a peaceful transition involving presidential elections.

“The president of the Venezuelan national assembly (Juan Guiadó) can assume the functions of interim president with this specific mission of calling presidential elections. Therefore Portugal recognises and supports the legitimacy of Juan Guiadó”.

Elsewhere, the United States’ President Trump has said that at this point, ‘nothing can be ruled out’, including the ‘option’ of US military force.

Uncomfortable with backing pressure to oust Maduro are Greece and to a certain extent Italy.

The country’s left-wing ruling Syriza party then issued its own statement expressing support for the “legitimate President of Venezuela, Nicolas Maduro”.

The Italian government too – anti-establishment Five Star Movement and right-wing League – is said to be “divided on the issue”.

The next ‘date’ in this tense countdown appears to be Thursday when ministers and heads of state from various countries, including Portugal, are due to meet in Montevideo (Uruguay) to discuss the roadmap towards a peaceful settlement to the crisis.