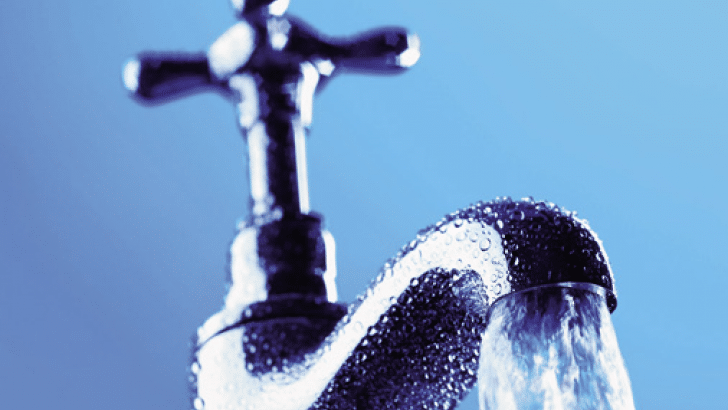 A source connected to lawsuits being bounced round the Algarve courts claims greedy Loulé water company Infralobo is “playing with people’s lives” and “tarnishing the image of the Algarve” in the process.

The Portuguese source – who asked us to keep her identity ‘quiet’ as she is “constantly dealing with council-related business” – said the conduct of Infralobo in a dispute that has become known locally as “the water wars” beggars belief.

“I don’t know how they can live with themselves,” she told us. “They are putting people through hell. They are ruthlessly playing with people’s lives.

“These are not young people we are talking about”, she continued. “These are in the majority retired people, of a certain age. They are at risk of high-blood pressure, depression. The whole situation is really upsetting their states of health”.

The woman was talking after a “particularly bad” incident earlier this week involving a Dutch homeowner who had been summoned to police as a result of alleged complaints by Infralobo that he had threatened their workers with death.

The man wanted to explain to agents that what he had actually said was that his wife had just had an operation, and that to live without water – because he was not prepared to sign what he considered to be an unfair contract – could compromise her recovery.

But as he was waiting to give his statement, Infralobo staff turned up at the man’s home with an axe and literally began hacking away at the steel plate he had fixed across a new water metre, in front of his horrified wife.

“The woman ended up putting herself physically between the men and the meter so they had to stop.”

“It was just the latest unbelievable incident in this terrible story that shows that justice here does not serve citizens when they are fighting with the authorities,” said our source.

Readers may have noticed our stories on the “exorbitant” water charges levied by Infralobo in three condominiums on the Vale do Lobo periphery that previously had much lower bills.

Monthly bills are hammered by an arbitrarily applied bed tax which adds hundreds of euros to bills, whether or not people use their water or not.

The issue has resulted in a legal case that is being passed from court to court as no judge seems prepared to deal with it.

Our source explained: “This is because the law is on the owners’ side. It is so clear that the owners are right that the judges know they do not have an argument, so they simply move the case around from court to court. It can hold things up for months. This is how justice is done here!

“To explain how terrible things have become, I can tell you of one householder who has put his house on the market – as have so many of the people in this terrible story. It has the same ‘bed tax system’, though with water company Infraquinta. There is not one bed in it. But because there are five bedrooms, the company has calculated that he could have 10 beds, and his annual bill last year came to €4000!

“He did not visit once. Not one tap was ever turned on! This is the lunacy of the situation”.

As we have reported over the last few weeks, the residents’ plan to pay only for the water they were consuming fell apart last month as Infralobo summarily cut what they called ‘bad payers’ off at the mains.

Right now, as many as 30 are still without water and surviving the best way they can.

Infralobo in the meantime has demanded a Right of Reply to the Resident stories, which we published in our paper edition this week.

“It is all lies,” said our source. “And half truths. This company cannot of course afford for a court to find in favour of the residents, as then it would be forced to pay back years of overcharging, and it would go bankrupt.”

The question now is ‘what next?’.

Residents – a number of them dyed-in-the-wool Brits – are adopting a Churchillian approach. “We are so angry,” said one. “The worse this gets, the more determined we become. We will not pay these exorbitant bills that are being charged for no other reason than the water authority, in cahoots with the council, considers itself to be above the law.”

Again, calls to Infralobo for a response to this rapidly developing situation have resulted in the response that “there is nobody available to take your call right now”.

As soon as we receive information, this story will be updated. But in the meantime, we got an email from British resident Chris Diacon to say he has just been billed for the consumption of 31 cubic metres of water, despite the fact that his supply was disconnected two months ago.

“My water meter was removed on November 5,” he told us. “But Infralobo is now trying to charge me for 31m3 of consumption in December, which obviously I did not use.”

Diacon has tried complaining, but “rather than apologise”, and send a corrected invoice, Infralobo eventually replied saying there is no reason to change the original invoice.

“I am not sure how many others have the same problem,” Chris told us. “But I know others have received exactly the same kind of bill, despite having no water for weeks.”