Portugal Resident
Home Original Learning to be laid back 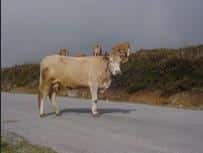 IMPATIENT BY nature, it has taken me 20 years to finally accept the laid back approach to getting things done in the Algarve. An appointment with our local doctor takes up most of an afternoon.

Two minutes down the road from the health centre, the village pharmacy last week reduced its opening hours to three afternoons in seven, in order to coincide with surgery hours. At 4pm, an exodus of patients arrives at the door clutching prescriptions, but late arrivals may be left outside on the narrow pavement. We stand packed sardine style in the tiny shop, while heavy transport thunders by within a few feet and the male assistant, a most kindly man, dispenses pills, advice and sympathy. It takes a long time to reach the front of the queue and, for the sick, the elderly and infirm, it may be the only choice available, there being no other chemist within 10 kilometres.

Perhaps this is the price we pay in order to live away from the spreading 21st century veneer hiding many old towns and villages of the Algarve. Like pearls in oyster shells, the ancient heart remains, if one looks carefully enough, and places back from the coast still have an unspoilt grace.

Last week, some friends invited us to join them for a picnic. With the Boss as navigator, we took a roundabout route, choosing roads that were narrow cart tracks in 1986, suitable only for mule or donkey carts. Today, these are tarred and smooth, but much of the countryside looks unchanged and wandering cowherds still take their cattle to graze the uplands of Monchique – one man alone with his dog, from dawn until dusk.

A second glance reveals that many smallholdings are no longer occupied, their buildings untended and crumbling, the people gone. They provide a haven in which toads and lizards go to hibernate. With a wide variety of insects already claiming squatters’ rights, they have food on hand should the weather warm up.

From time to time, ruins scattered in the vicinity of our house offer sanctuary to lost and frightened animals, so when a recently rescued mongrel didn’t turn up for breakfast, I thought he might be hiding there. After searching regular morning walks without result, I extended the area and came upon his stiffening corpse. We had grown to love this small vagrant and named him Pingo. It was only last month that we picked him up beside the EN125 after he was hit by a car. Three visits to the vet, two meals a day, lots of TLC and he became a new dog.

Unfortunately, an itinerant herdsman had set up home in deserted buildings not far away, bringing his goats and four mongrels, two of which were bitches – one pregnant and the other in season. Every male within scenting distance paid her a visit but she lost her heart to the biggest, blackest stud in the area. The two would cross and re-cross our plot several times a day with other suitors in tow. Perhaps Pingo tagged along and got too close to the action. I found him gutted, dying slowly and painfully in the cold early morning rain.

According to the local grapevine, the herdsman has returned to Carrapateira with his goats, leaving the four hungry dogs to fend for themselves. The gales and rain of last weekend must have compounded their misery, but certainly gave an edge to a two-day Campeonato sailing outside Vilamoura on February 18 and 19.

The Boss joined an assorted fleet of about 70 boats, many of which were Optimist dinghies helmed by youngsters under 15-years-old. Wisely, they were kept ashore, but the Laser sailors enjoyed three very hairy races on a big sea that kept the rescue boats fully occupied. The following day was much the same, the Boss capsizing before the first race. He righted his dinghy in time for the start and joined those who were still afloat to fly round the course, on occasions planing down wind with little except centreboard and rudder in the water. Many came to grief and the only other Briton afloat pitch poled at speed, his boat going down bows first.

For carnival week, Vilamoura held a further Campeonato on February 25, 26 and 27, by which time most of the earlier cuts and bruises had mended. Meanwhile, little is seen or heard in the media of the yachts in the Volvo Ocean Race 2006. They reached the half-way mark of their circumnavigation of the world when they crossed the southern dateline on February 21. Having left Wellington, New Zealand, on February 19, six of the seven 70-foot racing machines, with over 6,000 miles to go, were sailing in a tight bunch at 25 knots per hour in a 20-knot wind.

Movistar, which left Wellington two hours after the others, having gained penalty points for an infringement, took a more southerly course and was catching-up. As the leaders head north into an area of high pressure, they will slow down, entering the ice zone where small bergs known as growlers will be encountered, making it necessary to keep a constant lookout. Film may be seen on Euronews Sports Report for those wishing to keep up-to-date with their progress.