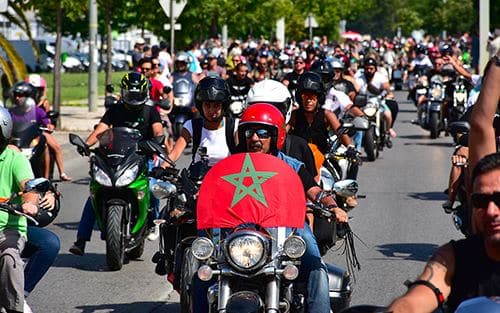 A new drama class for children has begun at the Ria Plaza Resort near Quinta do Lago.

But this class is a little different because it is run by Scott Anthony, a teacher in a unique position to be able to understand the needs of his students.

At just 17 years old, Scott has already left school to pursue a career in IT, however it is his passion for drama and the theatre that he continues to follow across the region with the weekly classes being the latest in a long line of projects for Scott.

He told the Algarve Resident: “Drama is my passion and it has been since I was five years old and attended my first weekend stage school. Since moving to the Algarve two years ago, I have continued this passion, gaining new qualifications and experience both on stage and behind the scenes.”

Scott has been involved with at least one large production every year since 2005 and was involved in Churchill – The Musical last year in Lagoa, and has worked as the technical director for the Benefactors and also behind the scenes at the latest production by the Algarveans Experimental Theatre Group, Honk! The Musical.

As a former pupil of the International School São Lourenço Scott has continued his ties and now teaches the students one morning a week while he previously worked at the Stage School Algarve where he gained his LAMDA qualifications.

The new weekly Saturday morning drama class is the latest project to be added to his schedule.

“I have already managed to establish a small group of students at the class but I am looking to increase this. I have found that by being closer to the age of the students that I am teaching, I am more easily able to relate to them and understand how to teach them best.  It is unusual to have someone my age teaching a class but it seems to work,” he said.

Drama classes take place every Saturday at the Ria Plaza Resort near to Quinta do Lago between 10am and midday.

“The classes are open to all children with any level of experience between the ages of six and 14 and I am hoping that as the class size increases I will be able to put some of the children forward for examinations,” said Scott.

Lessons cost €15 per session with discounts available for advance bookings and groups.