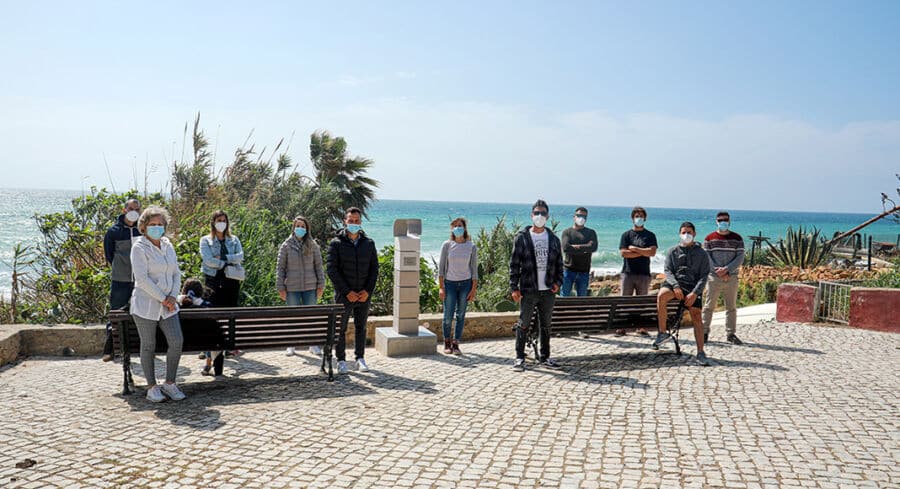 A stone sculpture that pays tribute to local spearfisher Matthias Sandeck – who died in 2019 following a serious accident while representing Portugal’s national spearfishing team at the Euro-African Spearfishing Championship in Denmark – was inaugurated on Friday (April 9) at Praia da Luz in Lagos. The inauguration event was attended by several of his family members and close friends.

The limestone sculpture aims to honour the memory of the Portuguese-German athlete who had lived in Lagos since he was five months old, the council says in a statement. It was created by local artist Rita Pereira who donated the work of art to the local council.

“The two elements at the top of the sculpture represent the swimfins in a frozen and eternal movement where existing and ceasing to exist meet, co-existing here and becoming part of the same universe,” described the artist.

The sculpture is located at the ‘Prainha’ viewpoint near the fishermen’s ramp.

Matthias Sandeck was 31 at the time of his death and was considered one of the ‘all-star’ members of Clube Naval de Portimão’s spearfishing team, often being selected to represent Portugal at international championships.

About the artist
Rita Pereira, also known as ‘RoMP’ (Rita os Meus Pés), has a degree in Equipment Design from Lisbon’s Faculty of Fine Arts (FBAUL) and a master’s degree in Product Design from Leiria’s Arts and Design University (ESAD.CR).

She has worked together with Studio Astolfi to create stone objects for the storefront of Hermès in Lisbon and has designed furniture for new brand MANTA, which was unveiled at Maison et Objet Paris in 2017.

A year later, she took part in Italy’s fifth Simposio Internazional di Scultura di Vitulano with her ‘Aparição’ (Apparition) sculpture and later unveiled her first public sculpture in Monchique in 2019. 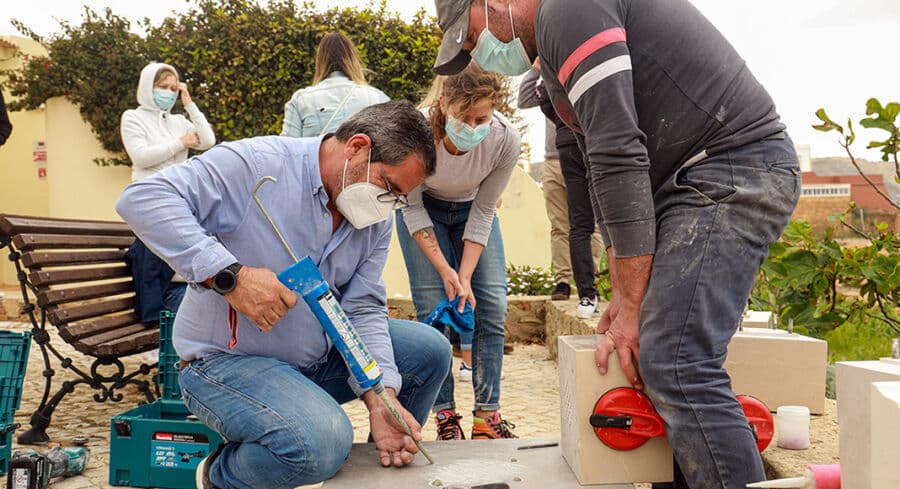 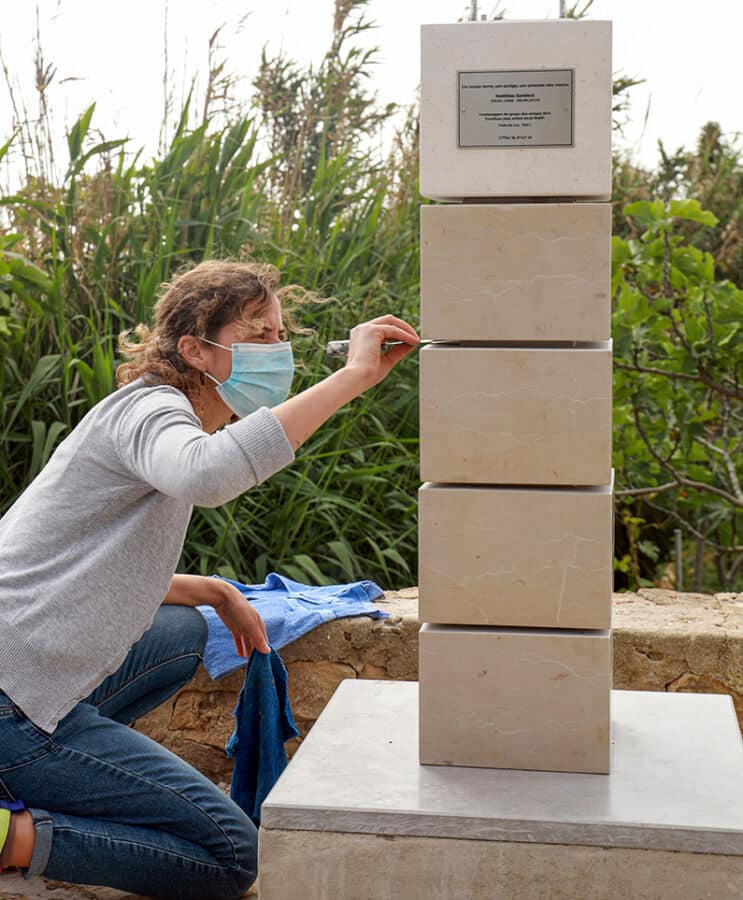