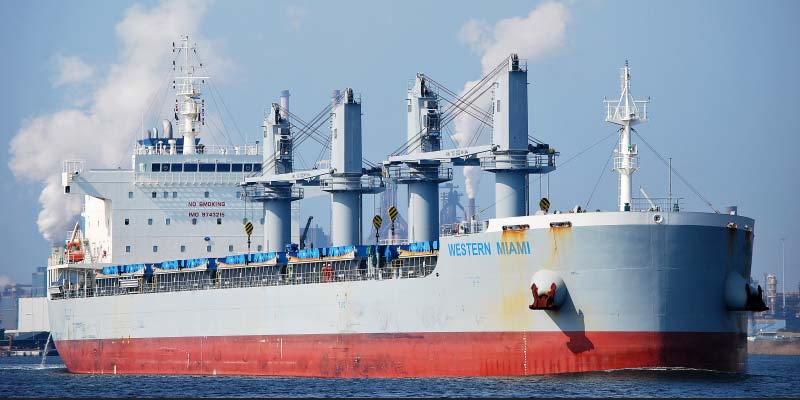 The non-stop honking of a cargo ship has been keeping several residents of Lisbon’s riverside up all night for days, and the blame is being put on the thick fog which has engulfed the Tejo River recently at night.

People have been complaining about the blaring noise on social media, saying it is incessant and lasts for several hours in a row. Some have said that the racket has made it “nearly impossible to sleep”.

But according to authorities, there is little to be done.

As Lisbon Port Commander João Coelho Gil told Diário de Notícias, “the horn has been sounding due to the risk of crashes. The ship is forced to do so whenever the visibility is poor. The horn may even have to continue to sound all week long”.

The noise has been coming from the ‘Western Miami’ cargo ship, which has been docked in the Tejo River since December 28 to load and unload several supplies.

“This is normal for these kinds of cargo ships and there is no set date for it to leave. What is unusual is the poor visibility that has been caused by thick fog,” he added.

Coelho Gil explained that the cargo ship honks every time one of the many ships linking both banks of the river approaches the ‘Western Miami’, in order to let them know it is there.

“And it is good that it does so, as it is a considerable obstacle,” the port commander said.

Despite the many complaints on social media, no formal complaints have yet been made, Coelho Gil confirmed.

Meantime, the case has already been ‘picked up’ by left-wing political party Bloco de Esquerda which has questioned Lisbon Mayor Fernando Medina about what the local council plans to do about this.

“What is at stake is the wellbeing of Lisbon’s riverside residents, with reports of people being kept awake even in the Estefânia area,” the party said in a statement.

It added that the cargo ship is “violating the external noise levels set in the Plan of Noise Action of Lisbon Council, which is limited to 65 decibels during the day and 55 during the night period, between 11pm and 7am”.