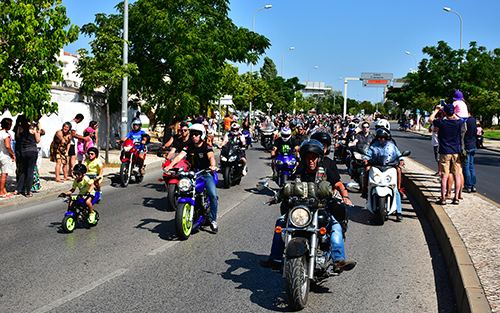 “The moment has come to win at home,” said Cape Verdean international winger Lito ahead of Portimão’s game with high-flying Vitoria Guimarães last Friday- and thus it proved.

On the back of the confidence-boosting away draw against champions Benfica, manager Carlos Azenha’s well drilled multi-cultural ensemble looked by far the better side and were good value for their 2-1 success.

Playing back at their own municipal stadium for only the third time this season, goals from Andre Pinto and Pires managed to overturn an early strike by Targino allowed to stand despite a preceding handball.

Such was the Algarveans superiority over the 90 minutes that Ricardo Pessoa was afforded the luxury of seeing his penalty saved on the stroke of half time while Kadi struck the crossbar and on the other side keeper Nilson was given the man-of-the-match award.

“We played against a big team,” Azenha said following his fifth consecutive game without defeat. “We had to make some changes in midfield, but the players rose to the occasion.”

One of these was Ghana junior international Wakaso, who came on for an impressive first team debut in the 67th minute.

The 19-year-old, who has a brother playing at Villarreal, declared himself “very happy with the opportunity offered by the coach”.

One cloud on the horizon following this important victory was the news that Vitoria Setubal also managed a 2-1 home win.

Having relegated Naval to last place in the Liga Zon Sagres, Portimonense remain five points from safety and will continue to give their best against Academica on Saturday week while hoping that the direct opposition fails.